No. Dense cumulus IMC conditions at FL410. Not very realistic I think.

Sorry for being “slightly off topic” but looking down at clouds from FL410 I rarely get the feeling of being high above them… Even with overcast layers at 10-15000 feet they appear to be just beneath you. Its like clouds refuse to downsize (render smaller) based upon distance if you are above them(?)
Might be my old rig with the 980Ti-relic playing tricks on me. Or has this struck other simmers as well?

Weather and clouds can form below the tropopause which can have varying altitudes. At the north and South Pole it reaches up to 29000 feet, at the equator up to 55000 feet. Cumulus clouds can build up to these altitudes, so it’s not unrealistic.

If you use SimBrief, there is one chart included in the flight plan which shows your vertical profile and also the tropopause.

Well dense IMC conditions at 41,000 ft over Tennessee is at least highly unusual if not unrealistic. But my real point was that it didn’t correspond to the real weather where the ceiling was broken at 1200’.

IMHO Microsoft/Asobo need to partner with somebody like HiFi that know how to read and depict real weather. It is not an easy thing to do.

I think what needs to be highlighted more often is that the weather engine can only transpose the information it is given. An AWOS/ASOS that can only see a 1200 foot ceiling cannot see high level clouds at FL410 as well, and there may be augmented (manual wx observation) weather stations that would have reported, say high level clouds at one point in between reports of those low ceilings which could have contributed to what you saw. Now, obviously we both know the weather engine isn’t perfect - and we both agree it’s not an easy thing to transpose all of this information accurately and consistently - not to mention the reports can be inaccurate. I think the current weather vendor is fine for the EU regions, but is lacking a lot of consistency when it comes to more western regions.

Clouds in-game do not correspond to clouds that are reported in METARs. Live weather by Asobo instead uses a meteorological model to forecast clouds and precipitation. The only thing that’s METAR based is temperature, QNH and winds.

Interesting. Is there a narrative somewhere that explains or describes how the weather system works in msfs? 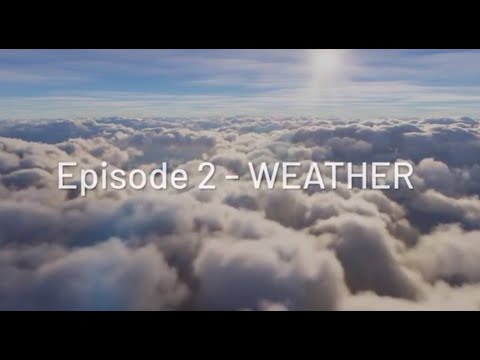 Note that METARs do not provide cloud coverage data for high altitudes. That’s because it’s irrelevant for the purpose of METARs and ATIS.

Comparing METAR to what you get in the sim therefore doesn’t really make sense for these altitudes.
MSFS mixes METAR info into the weather data from meteoblue since the METAR alone is not sufficient to properly represent the weather - neither vertically nor laterally.

Thanks. I also found this SIGMET in my Simbrief OFP:

Perhaps it was real weather after all.

Yep, there you have it.

METARS only report clouds at an airport, and only up to a few thousand feet above the ground. No METAR would report whether there were (or were not) clouds at FL410.

Comparing METAR to what you get in the sim therefore doesn’t really make sense for these altitudes.
MSFS mixes METAR info into the weather data from meteoblue since the METAR alone is not sufficient to properly represent the weather - neither vertically nor laterally.

Which is why METAR based weather mod like Rex Weather, or Unreal Weather that I have used both makes no sense when you’re away from METAR stations. They look good and very accurate when you’re leaving or approaching airports. But as soon as you’re cruising over the pacific in the middle of nowhere at FL390. The weather generated all look weird and makes no sense at all. Like where’s the 150 knots jetstream tailwind that I’m aiming for to speed up my cruising? Eventually, I went back to the default Live Weather anyway. It has way better weather transitions as you fly and they make sense at any altitude in any area, even if it’s “slightly” off in terms of accuracy, which for me is an acceptable tradeoff.

When cruising high level I use the sim Live Weather - it’s usually pretty accurate but even if it’s not, it’s still weather. It’s just the stupid ATC who are always giving me wrong runways!

However bumbling about low level in a GA aircraft I’ve found Unreal Weather to be better, even if you do occasionally get the odd strange change when moving from one METAR area to the next.

I think you can only switch weather if you set using a non-live multiplayer. Since I always fly using Live Miltuplayer, my weather option is always disabled and I always fly with live weather all the time.

Thia ia off my original topic but yesterday I flew back to KASG where the real metar was clear skies and an altimeter of 3006. When I arrived, it was overcast at 1500’ and barometer of 2990. I don’t get why sometimes it works and sometimes it doesn’t. Weird.

Probably because of the synchronisation lag between the live weather data and the real life conditions. I think if you’re overthinking it too much and compare and recomparing the data all the time, it makes it difficult to enjoy it…

I’m much more concerned with the default ATC to assign me the wrong runway based on the Live weather that the sim itself loaded.