I know that this has been covered time and time again.
But after the latest update, the clouds look very blocky.
The game does run much smoother inside the cockpit though.
I have the steam install.
It would be nice to have an option for higher end pc.

Apart from that! I haven’t really noticed much of a drop in the quality.

I don’t want to start another war over xbox and pc.

I wonder if anyone has a workaround to improve the resolution of the clouds?

I’m noticing a lot of cloud pixelation around the edges of the clouds after SU5. Is this a known bug and are there any workarounds to it?

save changes and run sim

Thank you very much.
I’ll try that when I get back home

So I make this notepad file and add it to the installation folder?
Or is the file already there, and I just need to put these new values in?

Or is the file already there, and I just need to put these new values in?

Thanks again.
I’ll let you know my findings.

I’ll let you know my findings.

Absolutely seeing this. It’s awful. Along with the oversaturation from HDR everything is either bleached out and textureless or graintastic.

This was always a thing.
If in doubt just do a search and check dates.

No, it’s definitely much worse after SU5.

Really, oddly I thought it was better, who knows. 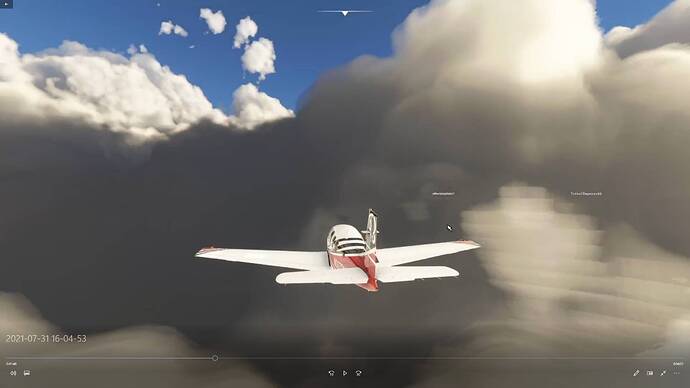 Now imagine that pulsation around. 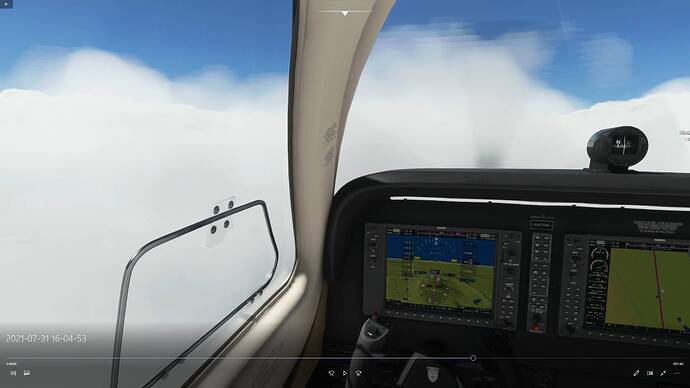 Far as i recall clouds have always done that, it just kind of depends on allot of factors, they can still look really good though. 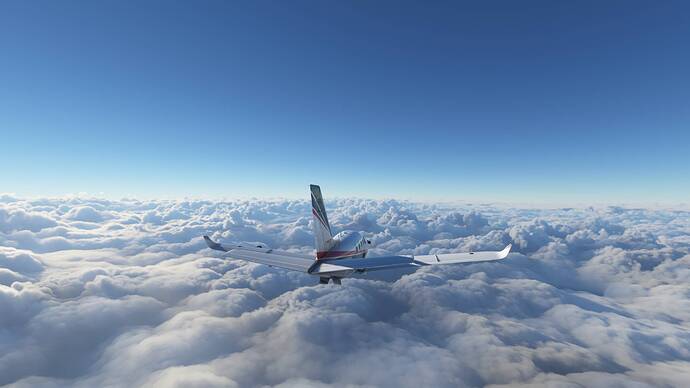 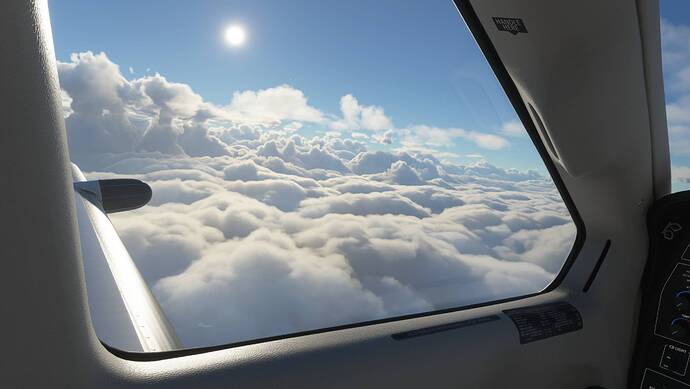 What settings are you on?

Note: if you are using VR im not sure we can compare.

Have a look at the many cloud shots in these posts since SU5. Look pretty good to me.

Leg 78 - Vaasa, Finland (EFVA Vaasa) to Bergen, Norway (ENBR Flesland) [Screenshot 2021-07-21 204139] This leg: 1,033Nm, 3:18 flying hours Total so far: 88,162Nm, 337:53 flying time Today we are heading further North to the some of the picturesque islands of Norway, before following the Norwegian coast South West to Bergen. On the way we are going to fly by Kiruna Church, Stornappstinden, Mengelsdalstinden, Helgeland Bridge, Trondheim, Storseisundet Bridge, Hardanger Bridge and Fyksesund Br…

Try to turn off bloom! I saw an improvement.

Yes the clouds should absolutely be rolled back on the PC version to their former glorious photorealism from the earlier release days.
Wow these cloud formations and thunderstorms looked more awesome before November, and got slowly but significantly downgraded over time.

I loved these early release clouds, now the clouds still look awesome when taxiing or starting and having some distance from them - but they don´t look the same anymore when flying through them or over them.

This absolute 100% realism when flying through clouds from the early release days is somehow gone, hard to describe… this foggy-like appearance, the nebula-like seamless grades of transparency when slowly breaking through the clouds, the photorealistic illumination while being in clouds and slowly climbing above them, is somehow gone.
The clouds itself are pixelated the shading inside is different, there are now “mach`sche streifen” (don´t know the english term for that, it´s a term for poor colour grading and poor transparency in stripes instead of stepless reduction of transparency, now they have these mach´sche lines like 8 or 16 bit textures instead of 32 bit colour grading).

and need to be brought back to their former glorious visuals looks and feels when flying through them.

Yes they are awful, but Xbox could not handle Ultra clouds, so here we are, take it or leave it.

Different people have reported issues with pixelated clouds over and over. I had them about 4 months ago and then an update fixed them. I’ve no idea why it comes and goes, probably some issue with the shaders and the particular PC config. Hopefully one day they nail it down so it always looks good on all configs.

They look fine here - so I’ll take it.