I’ve just purchased a new monitor Asus tuf VG27AQ1A and i have been experiencing alot of color banding which im trying to resolve or at least diagnose to see if it’s my monitor thats the issue or in the sim as i dont remember these color issues being as highlighted as they are on my old monitor. An example of one area where i noticed it was on the world map sun glow 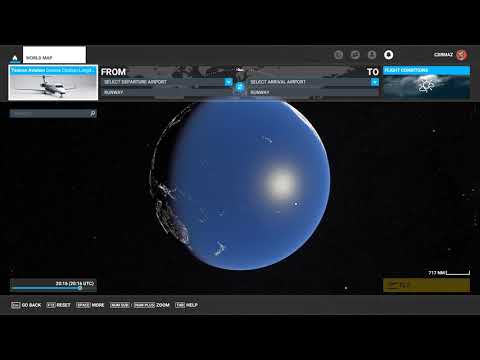 Does anyone else see the glow the same as in my video example or are you seeing no color banding aorund the glow? Would apprecaite if someone could screenshots or video of how they see the glow. Trying to work out if this is on my end or in the sim. I don’t remember it being this bad before with my old monitor. Driving me nuts trying to figure this out.

Also, quick question: in regards to what Nvidia shadow play captures. Does it capture what the monitor see’s or what exactly is showing in sim? 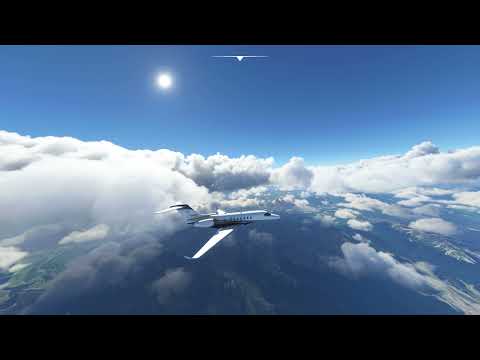 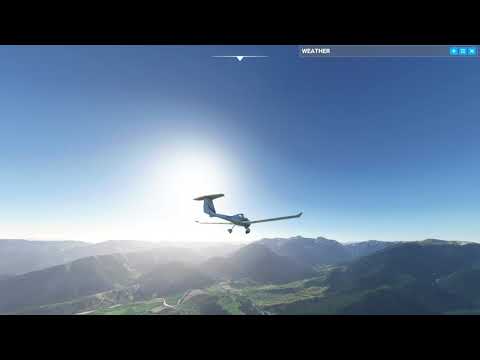 It’s a sim issue, and it shows up perfectly in your videos.

Can you explain the changes in SU5 that lead to color banding and fringes for many user on SDR monitors and are they fixable? Dev Q&A: Ask Questions Here!

The issue is widespread, but to my astonishment few people seem to care.
It is reported answering the question of a mod here:

And I have discussed it here:

The Hotfix(es) reverted some adverse lighting effects, but unfortunately there’s still an issue with color banding and purple/greenish color fringes in the sky, but also in the water. [Microsoft Flight Simulator Screenshot 2021.08.17 - 19.43.58.79] [Microsoft Flight Simulator Screenshot 2021.08.22 - 17.15.32.59] I notice these anomalies in many, if not most screenshots published on these forums to some extent. I have posted a topic for the upcoming developers Q&A, as I think it will be inte…

As always, there are people denying the issues exist, but you can see them in lots of post-SU5 pictures in the “Screenshots” section of this forums.

I have issued a question for the upcoming Q@A, see above (thx @Aeluwas )

@OlieTsubasa443
I think it would be best to further discuss these issues in this thread, however I think it would be more appropiate in the “Bugs and Issues” section. If you agree, I would appreciate moving the topic there.
@CDRMaz
I hope you don’t mind

Can’t see purple in the clouds.

Yes, we’ve been there.

Can’t see purple in the clouds.

Pause at 6-7 seconds of the second video and look behind the plane, especially after the zoom-in.
Though there are more obvious examples in the threads linked above. 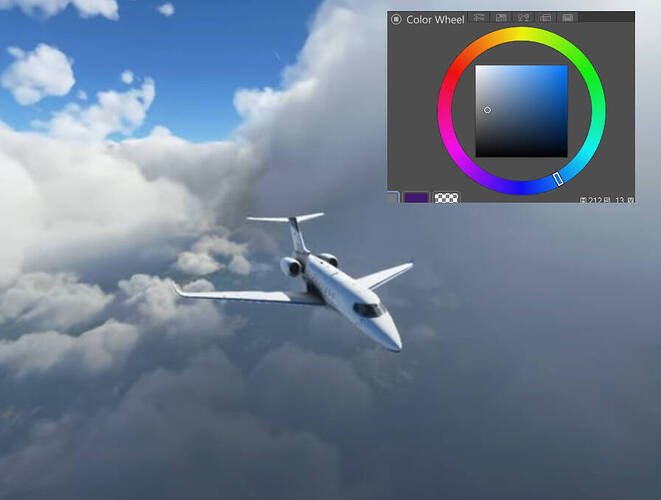 It may not be scientific, but I see a “purplish” hue. 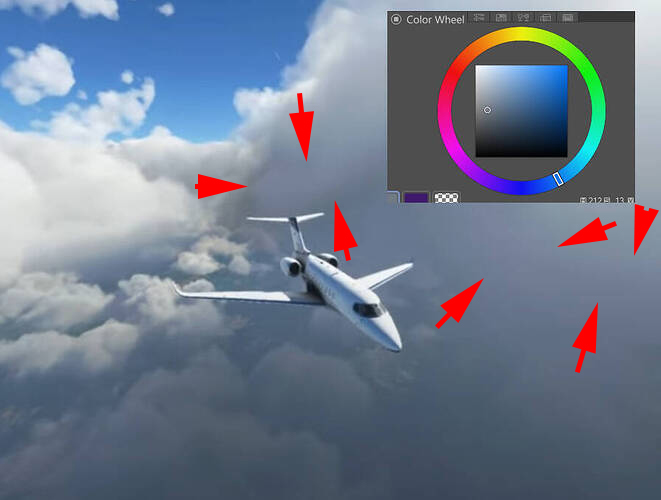 That’s where I picked the colour from, it’s grey/blue.

Alrght, then we have an issue with the “blueish” fringes.

@CDRMaz
I hope you don’t mind

i dont mind, i should have posted there first.

I mean it all blends in, you can’t see banding.

Let’s not agree to disagree because I used a picker tool which is scientific.

I don’t agree that using a color picker for a single pixel is scientific.
The brain doesn’t interpret color like that.

The checker shadow illusion is an optical illusion published by Edward H. Adelson, Professor of Vision Science at MIT in 1995. The image depicts a checkerboard with light and dark squares, partly shadowed by another object. The optical illusion is that the area labeled A appears to be a darker color than the area labeled B. However, within the context of the two-dimensional image, they are of identical brightness, i.e., they would be printed with identical mixtures of ink, or displayed on a scre...

A and B are the same shade of gray (#707070) according to a color picker, but absolutely not to a human brain.

Can you see any purple here, where I simply compressed the levels a bit? 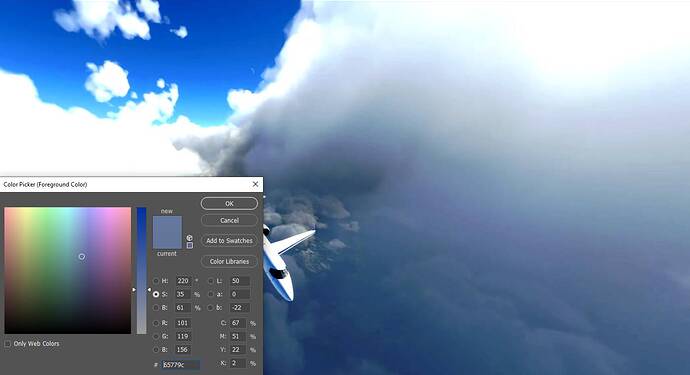 I see the same effect in both images; this is just more exaggerated.
Note which color Photoshop assigns as the closest web-safe color in the small box next to the selected color.

Well that would be silly, because ray tracing will trace the sky to the clouds, and you want ray tracing to use your brain instead.

I can hold the colour picker button down and slide the mouse all over the cloud to get instant feedback, and every shade is blue. There is no purple at all in the image. Real clouds would be like that so you would see the same optical illusion in real clouds. 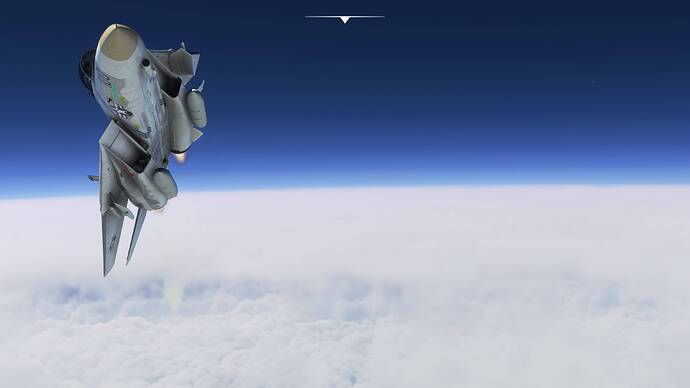 Screenshot (74)3840×2160 172 KB
The color gradient in the sky is extremely rasterized.
This is one of the latest screenshots in this thread

Hi all, Here we continue the thread of “Random Screenshot Megathread” Share your screenshot with the community here. Please keep photo submissions under 10 photos per post. Photos must be a “screenshot” from MSFS. For Simulator vs Real Life comparisons, please use this category: https://forums.flightsimulator.com/t/official-real-vs-sim-screenshots/240581/149 Thank you!