Has anyone seen a floatplane mod for the 152 or 172 around?? I’d love one of those. Were missing a proper float plane.

Anyone working on a B737 model or are we going to have to wait for PMDG to charge us for the privilege next year, or the year after? The Zibo 737-800 in X-Plane (freeware) is excellent and I’m hoping for something similar in MSFS as well.

Yes, I can duplicate that behavior.

I have to disable the mod to see if that’s what is causing it. Pretty unrealistic.

New to this board. I’d like to introduce brand new flight dynamics fixes for the Asobo Citation Longitude. Bypassing the cfg.fsarchive file and creating a new set of key configuration files allowed for a complete rewrite of the base flight model. Includes many updates to the flight model, systems, engine performance. Biggest improvements of notes:
-Eliminates poor autopilot performance at altitude.
-Corrects weights including fuel loads
-Significant handling and flight envelope improvements

With input from fellow community members including one or two IRL Longitude pilots.

Awesome, thanks for your hard work on this !

Where is the /LocalCache? can’t find the location

If you bought through steam or otherwise not from the Microsoft store, it may be a different file structure. You’ll just need to find your \Packages\Community folder and your \Packages\Official folder locations and then you can go from there.

Thanks a lot. I just installed it the old way plus put the fix folder in the official community folder. I think it works great. Tested it yesterday and today: 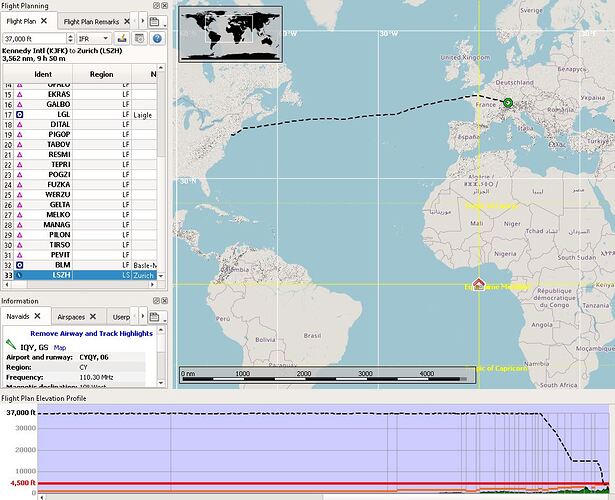 I think you did a great job, thank you so much!

You’re very welcome and thanks for testing. Try flying a little higher - you might get a little more range out of the type. But this looks about what I’d expect, otherwise. Typical cruise is between FL410 and FL430 at M0.82 or so

Is it possible in a future update to only have to put the mod in the \community\ folder, and not modify original files?

That is on the open items list. We’ve tried a few possible solutions and haven’t been successful as of yet.

How do you switch between IAS and MACH? I clicked the speed knob but could not find any change in the display.

It does switch over and when autothrottle is engaged you can see the change from IAS to Mach in green at the top of the PFD display along with other autopilot selections (at least in the WT G3000 mod it does). However, this is not an area I’ve focused on at this time.

At the moment, I refuse to install any mod that overwrites game files. I’m hoping tomorrow brings a fix to the Longitude.

However, if it’s still broken (if past ‘fixes’ are anything to go by, it will be in some way), then I’ll most definitely be giving your mod a try.

I’m being very patient hoping the plane gets fixed. It was the #1 reason I upgraded to Premium Deluxe. But even my saintly patience has its limits.

Totally understand the sentiment. At the moment the current mod version requires over-write of exactly one official game file. I’ve been starting to explore how to get this down to zero, but it doesn’t look so obvious at the moment how to do so. In the meantime, I’d encourage you to try out the mod, just make sure to backup that one file before you proceed.

Well, whether or not the plane is fixed tomorrow will determine whether or not I use your mod. If it’s still borked in some way (by their track record so far, I would say it will likely be in some way), then I’ll definitely give it a shot.

And just to be clear, I appreciate what you’ve been doing (as well as all modders that have done amazing stuff for the game), regardless of whether or not I use your mod. I know it’s not easy working on their stupid DLC protected planes. These planes are so incomplete compared to the base planes, yet they make 3rd party mods to them so ■■■■ difficult.

Yeah, I only took this up because I wanted a working Longitude and paid money for it, so by golly I was gonna make it work. Normally I don’t even share my mods with the flightsim community (been doing this for years), but in this case, I felt like it was desperately needed. On the other hand, maybe I’ve given Asobo an excuse to ignore this a/c for even longer - or maybe it’s a kick in the pants - if anyone’s even watching. Ah well - we’ll see.

Hah, much appreciated for your efforts. Keep up the good work !

Update is in and Asobo haven’t updated the fuel and weight issues. They may have updated the autopilot to address the wing rocking at altitude, but I haven’t had a chance to test.