I have never had a CTD since I bought FS in 2020 and today, after installing GSX PRO I have had the 1st one. Memory can not read error. I have also installed USA update 10, so one of these two, should have generated the problem.

“Memory can not be read”
It appears that MSFS uses the virtual memory from C.
It happenned that my C was very crowded, so there was a lack of space.
I removed som programmes from C and made a cleaning in order to recover space.
After that I tried the sim and no more CTD’s.

My first not expected CTD since two years

Only thing I changed compared with yesterday, where 4h flight without issues: I installed the update for World Update VI Germany, Switzerland…

Do you have any mods installed? If so, which one(s)?

only the H135 helicopter, but should not have impact here

What plane were you flying?

What were your departure and arrival airports?

started at EGPH , crash half away to VOR LEE

Did you have live weather enabled?

Did you have live traffic enabled?

What is your GPU and what driver version are you using?

So what we’ve seen is that people get this on:
Windows 10 and 11
Live weather on and off
No addons
Live traffic on and off
SU 9 and SU 10 beta

Any Xbox users also getting this issue in the past few days? Happens for AMD GPU users too?

I noticed that only the airport loaded in, not the rest of the scenery and then it crashed maybe 20 min into the flight. 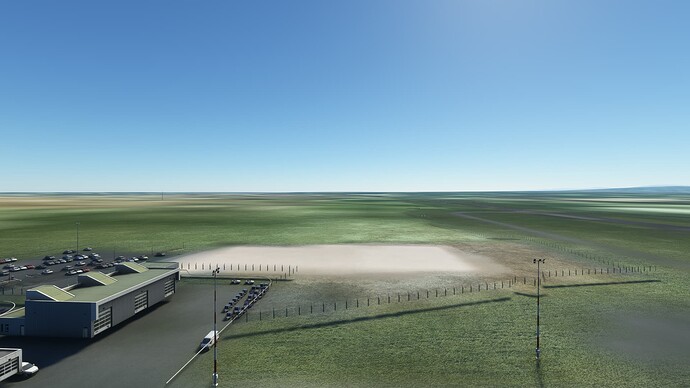 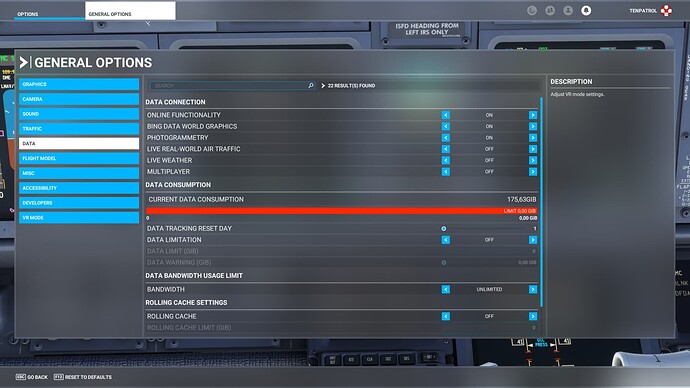 I endured 3 CTDs yesterday - 2 with GSX and one with GSX uninstalled - all sudden and unexpected. Initially though it was something to do with GSX until I saw this post last night and have had further discussions with others. I’ve entirely removed GSX today, ran SFC Scan and Dism repairs etc. and will fly today to see if I get another CTD

As time goes on it seems to be on MSFS/Asobo’s side but not being too techy I wouldn’t know where to begin to diagnose beyond looking at Event Viewer!

This appears to be the common error. I’ve had it myself once, and I see a few other users have had this particular one also.

The error from Event viewer is:

Lot of people here assuming that the problem came from the last thing they added to their sim, and it’s more simple than that. It’s clearly anything out of our control, you just have to read the variety of configurations among the people starting to suffer CTDs in the last days.

Also don’t claim victory too early if you are making some troubleshooting, as I said before I managed to finish a 3,5 hours session flight with two steps (Madrid to Mallorca and back) without any problem between the first two CTDs and the last one and I haven’t changed anything. Also the last one came after a 3 hour session, unlike the two first (30 and 45 minutes each one). 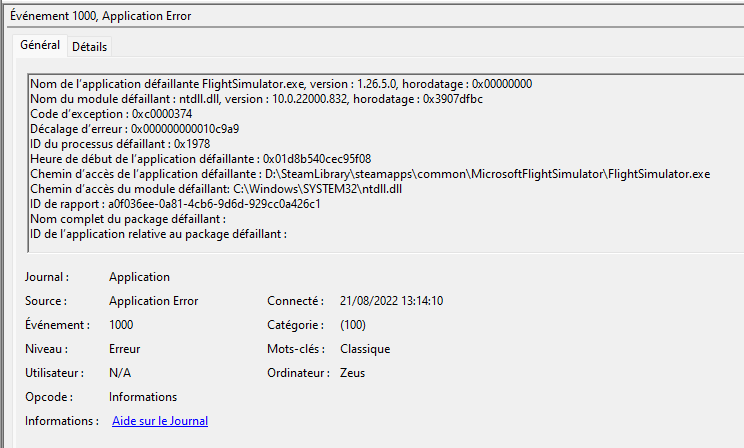 There’s that same error code again. I had CTD’s rarely, but without fail they were the 0xc0000005 type, where the sim has accessed memory that it shouldn’t.

Could it be that all the scenery/map related online services might be the culprit? Maybe Asobo and/or Microsoft are preparing their servers for the SU10 update, or changing something in general. Obviously this would be something no user has control over and would result in those erratic CTDs.

Someone on GSX forums tested with offline functionality without CTDs, of course this could be a coincident

I never had so many crashes in the last two years like I had and have since Friday… I am getting angry.

Tried a number of fixes - Got a 2nd CTD yesterday due to ntdll.dll. From what I have noticed when it happens on my end - It’s typically happens when I am close to the approach stage or descending for the destination. The other parts of the fight seem fine. It doesn’t matter what route it is - Aircraft both times has been the Fenix.

I’ve not changed any settings or hardware at all. I will need to see if it happens in other aircraft as well. But my friend also has a very similar situation.

I know the ntdl.dll is normally more related to drivers/hardware but it does seem strange I am seeing an increase of these crashes being mentioned caused by the same module on various forums/discords.

Yesterday and today morning I had also couple of CTD´s, with or without GSX (SU9)
Did now 2 flight using weather liver OFF and both were successful. 1 flight without and 1 flight with GSX running.
Maybe coincidence

update: had a CTD also with weather services off using the hpg H145 helicopter now

I had exactly the same issue on Hawaii yesterday night with the beta. Even the airport buildings were not displayed. Only the parked cars.

Does it make any difference which server is selected?

The selected server only affects multiplayer data. Not Bing/PG/Weather. Since it happens with Multiplayer off, I don’t think it will help.
My crash yesterday was on West Europe, a streamer got crashes on Friday on South-East Asia.

Constantly having “memory could not be read” errors since the last update.

Since which update? This thread is about CTDs started without having an update installed.

Perhaps he is talking from the Update WU VI Germany, Austria, Switzerland, which is since Friday available in the “Content-Manager”