I don’t like playing the game when it might crash. At least I get to test out all my new Logitech gear.

I’m on the Steam version, it gave me a small update, 3-400 mb, started up the game, closed it, started it up again, and now I’m downloading a 125GB mandatory update, no idea what I did wrong.

This is the most intense, physically solid looking rainbow I have ever seen… don’t think they looked like this before SU5. Kind of fake looking 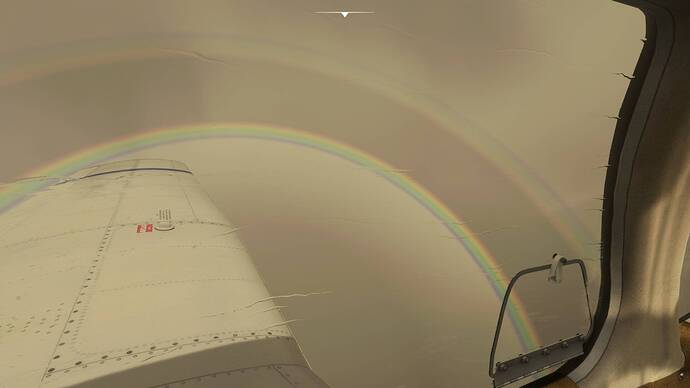 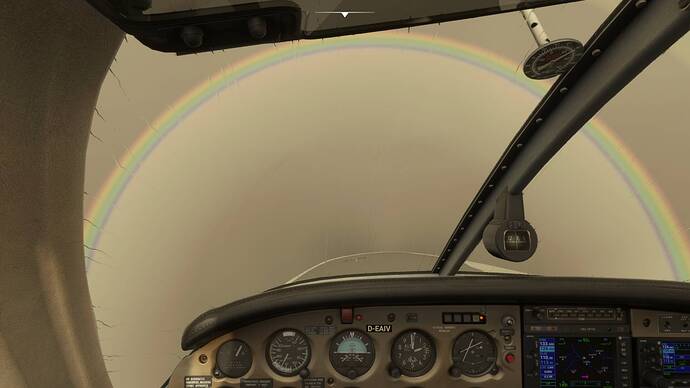 That’s supposed to be a halo, not a rainbow, but it’s not very realistic.

Is the air pressure working fine for you? After last update, even after I reach 18000 feet ATC keeps asking me to expedite my climb. Tweaking with the barometer, I’m now flying 40kfeet at 29.67 barometer pressure. Is it wrong on my end or the last update created this bug? 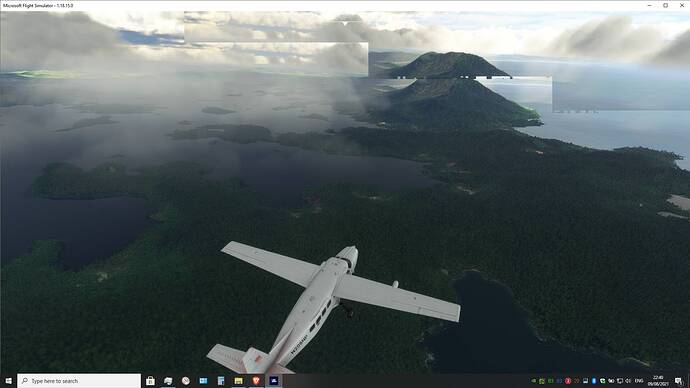 And we now get some water tiles following us around at low altitudes - seen it on others’ videos and screen shots too. 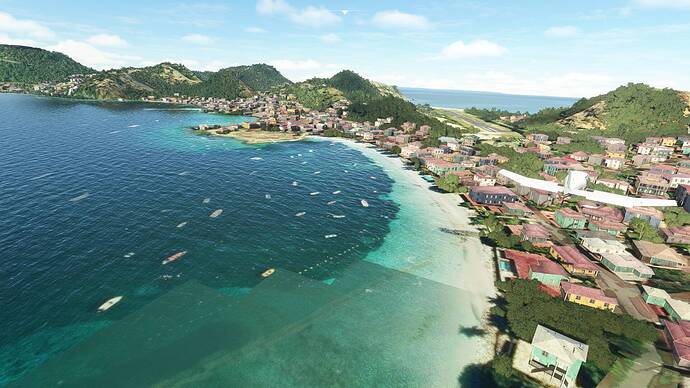 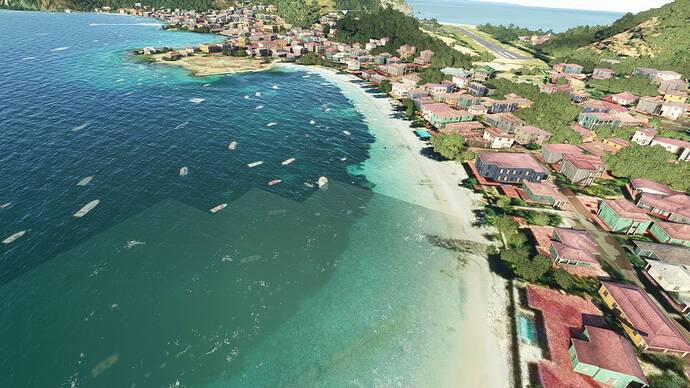 That’s if I can even load into the sim. Still stuck on ‘Checking for Updates’ if I’ve run the sim previously.

And once I do, it doesn’t want to shut down, endlessly continuing to run in task manager until I shut it down manually (right click - End Task)

(all reported to ZD)

So I notice that after this last 100gb update, my cities are gone? My settings are at high, so I am hoping I am missing something. Where are the actual buildings that where there before? Please don’t tell me we went back to FSX for some frame rates. I don’t play this often but I am noticing a nose dive in scenery quality of late.

There is a known bug where the settings you think you have aren’t what you actually have. 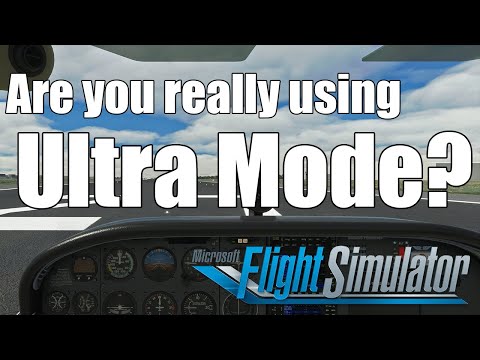 Agree that for tooltips something need to be done, and meanwhile the recommendation as provided by some other people, which I have used, is to set as attached, as the new interaction systems has also opportunities in some airplanes.

This is the most intense, physically solid looking rainbow I have ever seen… don’t think they looked like this before SU5. Kind of fake looking [rainbow] [rainbow2] 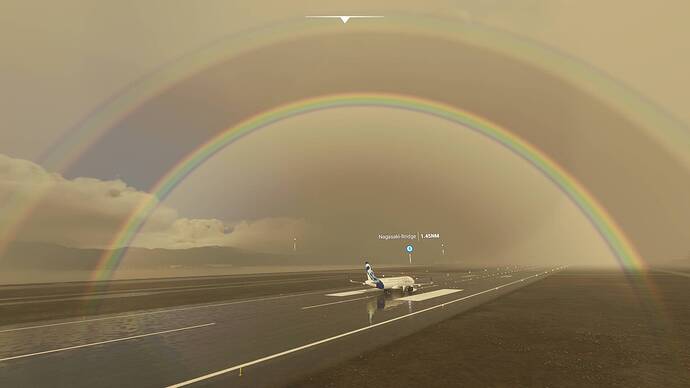 Same thing happened to me once. The most strange part is that external view and drone view did not have it in the same position. Bad news I only took the picture from the drone view, so unable to share the comparison.

Is the air pressure working fine for you? After last update, even after I reach 18000 feet ATC keeps asking me to expedite my climb. Tweaking with the barometer, I’m now flying 40kfeet at 29.67 barometer pressure. Is it wrong on my end or the last update created this bug?

It is an overall issue since the launch SU5 (from what i read and personal experience), and it is not only impacting ATC, but in general is impacting real altitude information even for players using VATSIM, etc,

We will need to wait for the next update to see if fixed.

Is there a thread for this where we can vote? I followed what was in the Video, and the funning thing was the big building to the right had detail, but others to the left did not. I did the low to ultra and then the all the buildings had the improved detail.

Don’t know if there is a thread to vote.

Which version of the game are you satisfied with?

Every picture you posted looks extremely convincing. Not sure what needs changing.

Well in my past 8 months of training, I’ve not seen anything like those last two shots IRL.

Try to reduce the interface scaling in settings. That sometimes helps to scale the tooltips depending on the airplane you use

I’m personally a little tired of the rainbows in FS. WAY overdone and you are correct, far too perfect and fake.

Be nice to have the ability to turn them (and a lot of other ‘effects’) off.

Hello: I have the same problem. It is not from the screen or the cable; I think it is from the update. Light controls not working, ATC altitude fatal.
I hope they solve it, as soon as possible