This software is filth! The start of a flight is only possible in uninteresting regions. Where there are other pilots, a guaranteed crash occurs when loading a flight. This landscape simulation cannot be used with a 16 MBit line.

Have you actually looked up what the cause of the crash is in windows event viewer?

This landscape simulation cannot be used with a 16 MBit line.

That’s why they recommend a 50 MBit line for Azure streaming even though only 5 Mbit are “required”.

Have you actually looked up what the cause of the crash is in windows event viewer?

No need for that, it just HAS to be the sim, right? Right?

Stop complaining my God. So tired of these baseless rantts. U need a good pc to run it period.

I have a slightly better than mid-range computer, and when the sim isn’t crashing, it runs quite well. Generally 25-35fps, with many fewer and shorter stutters since the 1.8.3.0 patch.

Unfortunately, I CTD > 50% of the time, usually in mid-flight, sometimes from main menu to flight screen. Event viewer shows faulting module ucrtbase.dll. I can even leave the computer unattended with a plane at the gate cold and dark and the sim will crash. I’ve tried the dozens of suggestions here and in other forums, including deleting and reinstalling the sim and doing an in place reinstall of Windows 10. 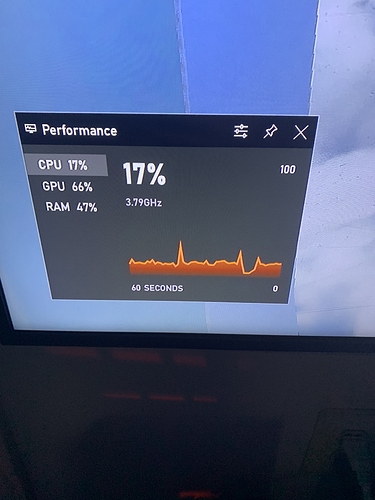 This game doesn’t sip, IT CHUGS RAM WITH NO MERCY. You need 32gb of ram MINIMUM!!!

FSNav
Next time try a different approach. Something like:
Hello, I’m having an issue where my machine/game is crashing when…
My machine stats are, Motherboard______ CPU_______ GPU__________ Ram__________ Hard Drive_______
So far I’ve tried …
Is there anything else that I can try to fix the problem?
When you get feed back try the suggestions, and feedback what you see.

My machine stats are:

Started immediately when using retail version. Never happened in 4 months prior. Update to Windows 10 v2004 was during prior period.

Is there anything else that I can try to fix the problem?

This software is filth!

There is definitely a large gap between what was advertised, and what was delivered. Countless bugs and incomplete core pieces of the game were released to the general public at full price. From their utter lack of effective communication, to their bizarre desire to push out completely random improvements like Japan rather than focusing on core problems, the developer, Asobo, really needs to get its act together.

As a consumer, you have multiple options here to try to improve the situation. I highly recommend submitting tickets to zendesk about various bugs and issues you encounter, you can also post those in the forums in the appropriate section. I would also encourage you to post a public review to the marketplace that you purchased the game from (steam, Amazon, MS Store). In fact, that is probably the best way to apply pressure to the developer. If your review causes even a single potential customer to turn away, that is a very strong financial message to Asobo. Companies listen to money.

No error when loading even if my graphic card exceeds 80° during installation.
After takeoff, back to desktop after a few minutes without explanation and no log.
My PC is not overclocked and runs very well on all commercial games.
This happened since the patch and it is impossible for me to fly.
My configuration: X99 5830, 32 Gb ram, Geforce GTX 2080 TI, Samsung M2 SDD, Wharthog Hotas.

SOLVED: The reason of my crashes was related to the Soundblaster Zxr soundcard and its official drivers not updated since the arrival of Windows10 Patch 2004.
Using an unofficial version of the drivers (SBZxR_CD_L13_1_01_07_W10) solved the problem.

what aircraft… what departure airport… or just report which different aircraft you tried and what different airfields you have flown from. Also, what SIM preferences outside of defaults have you changed?

Have you adjusted any Nvidia Global defaults?

Have you shutdown all torrents, browsers, virus software, etc.?

Then, if we don’t find anyone else crashing as frequently under similar software configurations… we would ask you benchmark your system to ensure stability overall. Sometimes we (troubleshooters) cannot account for things like software conflicts or lack of thermal paste. So i only ask these questions to ensure these random things are covered.

EDIT: oh shoot, i just read that you SOLVED it by updating the SoundCard drivers. YAY!