As there is some pretty crazy real world weather hitting New Zealand at the moment, I fired up the sim to see how Meteoblue’s data depicted it virtually.

Invercargill is the home base of Stewart Island Flights who operate BN2 Islanders to nearby Stewart Island, across the Foveaux Strait at the very bottom of the country. NZNV’s METAR had surface wind at 22 knots gusting 33 knots, with the onboard GPS picking up winds over 40 knots as soon as I got airborne.

I’ll let the pictures do most of the talking, but needless to say it was a very bumpy yet highly immersive ride over to NZRC. 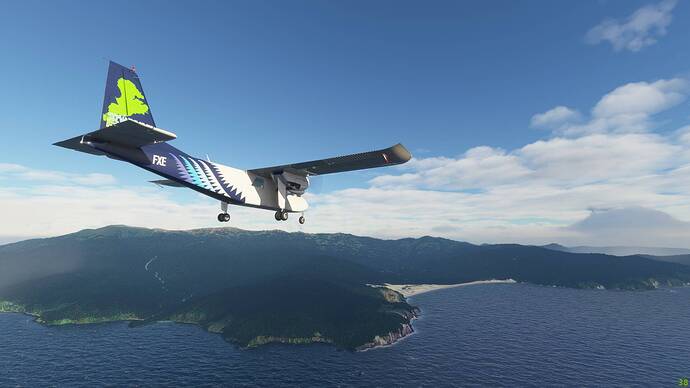 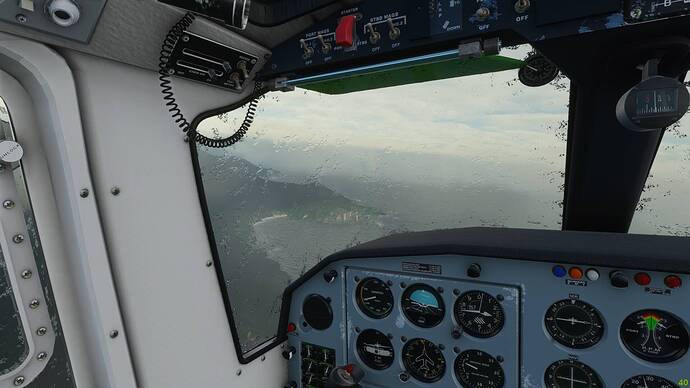 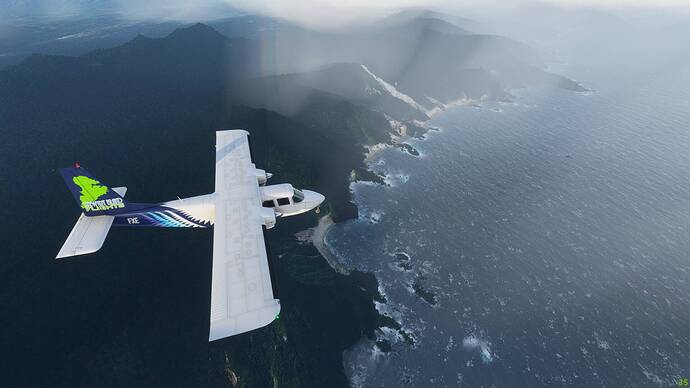 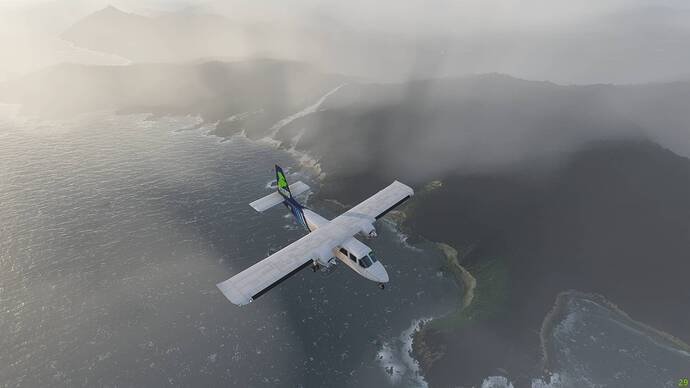 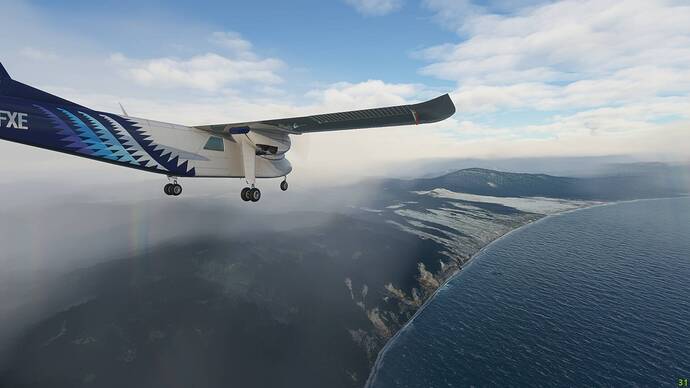 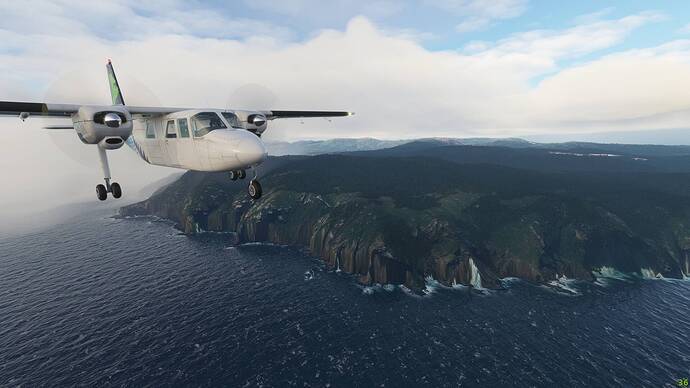 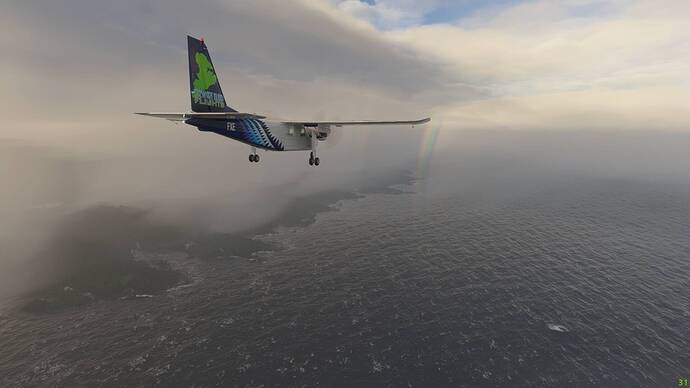 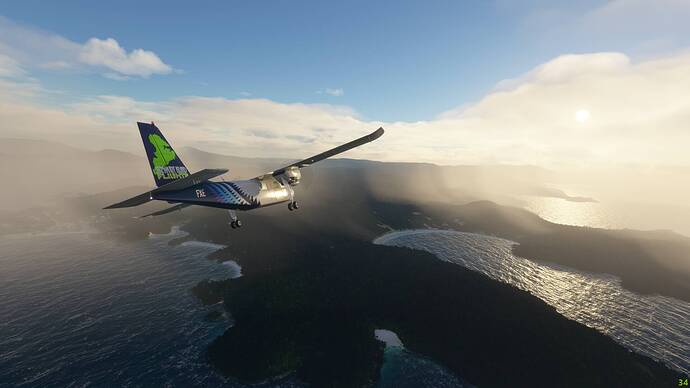 On short final for runway 22 there, I hit a massive downdraft and even with full power applied, nearly collected the trees. After a go around, and much steeper approach the second time around with only half landing flap- I made it in, just! 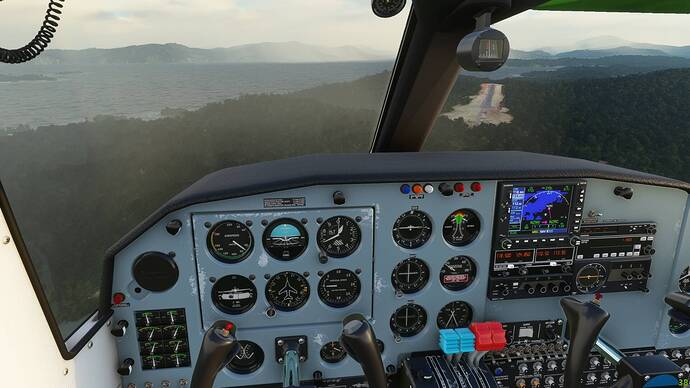 Aircraft is the BBS BN2A, scenery is a combination of the Orbx NZ Mesh and @SpritelyNZ’s NZ Flora and Water