This is what I see when I set a arrival in the world map without setting a departure. Typically I do this because I want to practice landings: 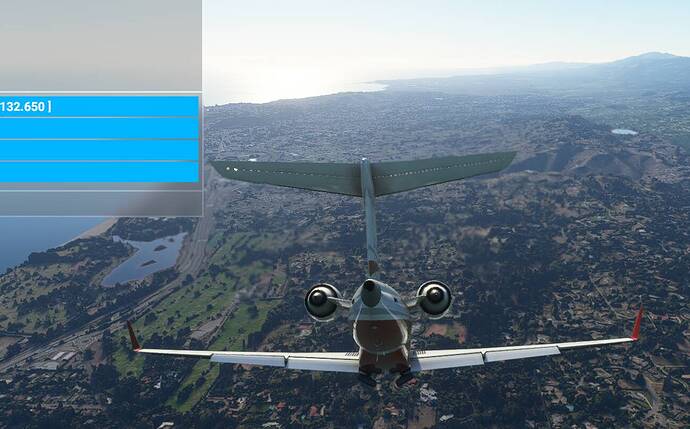 The aircraft plummets out of the sky with a stall warning. You have to TOGA the throttle and point the nose at the ground to recover. Also the landing gear are on their way inside the aircraft, so you have to deploy them again!

Any advice for practicing landings in the CRJ?

Yes. Landings are best practiced while doing circuits. Remember the traffic pattern you learned in the Tutorial Lessons with a C152? You can do that with any aircraft. CRJ, military jets, 747, whatever.

I use this for landing training: https://www.fsipanel.com/

Keep close to these speeds. Too slow and you will plummet to the ground, too fast and the AOA will cause you to stall.

Yep, my mistake. 2000ft for gear should do it! I notice that the gear makes very little difference for this plane in the sim. Probably need looking at by Aerosoft.

I tried again after 8 months and got the same results. The CRJ falls out of the sky like a brick as soon as you load into the sim. The CRJ tutorial also does not work (you cannot load the flight plan). The CRJ as a product does not seem to integrate with the platform very well.

Do you have enough power at final?

At final approach with full flaps, you will need 60-65% of power to maintain 140 knots.

Do you have enough power at final?

With every other aircraft in the base sim, if you set an arrival without setting a departure, it sets you about 3 minutes away from the airport in full landing configuration, with enough momentum/airspeed to fly. You can practice landings over and over this way. X-Plane 11 does this as well.

The CRJ for some reason has no momentum when loading into the sim and falls out of the sky immediately. Also the landing gear is on the way inside the aircraft (instead of being in full landing configuration) without any inputs. Also the parking break is set for some reason.

Mmm I never used the aircraft like that. Sorry I cant help you.

Can you not just active pause and then take your time getting the CRJ in the correct config?

If not, is it really that big of a deal to spawn on the runway, take off and start doing circuits to your heart’s content?

is it really that big of a deal to spawn on the runway, take off and start doing circuits to your heart’s content?

The CRJ has a problem that it just sort of “opts out” of basic features in the simulator because the developers want you to play a certain way.