The Aerosoft Crj is not rendering an ice formation around the aircraft or even forcing it through the developer mode, it is as if the effect did not exist, but the aircraft behaves as if the ice present was present, I realized this taking off from LOWI where it had heavy snow and the plane remained without the effect.

has this defect already been reported or does it already have an answer for that? 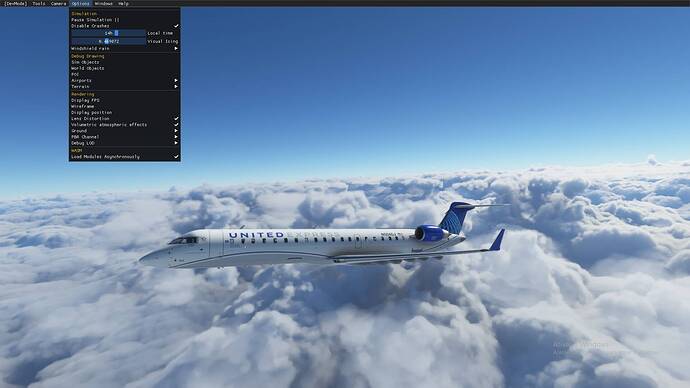 Good, I hope it stays like this. Icing is unrealistic and way over done in MSFS

Not really, here he is not aviosu in the systems that had ice, I almost missed my flight. it can be exaggerated amsi is necessary

Because it is completely unrealistic the way it accumulates, so probably they decided to disable it until asobo can figure it out.

Thank God! I hope they don’t either.

You’d be better off posting your problem in the Aerosoft forum for CRJ support so you can have direct interaction with the coder Hans. I suspect he disabled the visual effects because it is unrealistic.