Area of the World / Flight Plan:
multiple
Airport (If applicable):

3rd party addons you were using at the time (Mods/add-ons/community content)
none
Peripherals:
Thrustmaster HOTAS X
Feedback/Bug Description:
Since I updated to the new beta build which allegedly fixed the Nvidia Driver errors and updated my Nvidia drivers (clean install) to the previously flawed version I have a CTD within 10s of loading an aircraft and spawning. I tried multiple aircraft and airports, the behaviour is always the same. To me it seems that the issue still persists in some form. Does anyone else experience something similar?

No problems for me with new beta and new NVIDIA driver. Windows 10, DX11.
Edit: Spoke too soon. CTD on next flight. See below.

I am now 100% convinced that GeForce Experience is crashing the sim. Not sure about the drivers, but GFE is definitely causing CTDs for me.

Same issue here. CTD in 19/20 cases during loading after location/aircraft selection. Happens with different planes and different airports. Currently I try to figure out which options might be a workaround…
I am using the current GeForce driver.

EDIT: DX12 at least got me into the flight (same flight as above). As when I last tested DX12 (on the day of the last public update), performance appears very good in DX12 at first, but degrades quite a bit when cockpit is lit up from a cold & dark start. However, I believe performance is much better than it was previously in DX12, but I will need to test more planes to make a truly fair comparison.

Regardless, I’ll stick with DX12 based on this.

Driver 497.09 was crashing to desktop as soon as I hit Fly Now, or very shortly after. Installed driver 496.49 and got great results!

Can confirm this, the same on my side. => Rollback to 496.76 strongly recommended.

Latest before and after changing to DX12 the loading of the flight was stuck “forever” at 100% full progress bar. Now going back to 496.49.

CTD with newest Nvidia Driver, I can re-create 100% of the time by simply going to free look (middle Mouse button) and pan left to right in the cockpit, crashes every time.

Exactly! I got CTD with 497.09 when going to external view and panning around the plane. Short freeze followed by CTD. With 496.76 exactly the same scenario (same aircraft, same 3rd party airport KGPI, the same time, the same static weather, all settings the same) = no CTD. Definitely problem with the newest NVIDIA driver. Maybe they did some too strong optimization that lead to very unstable driver…

Just completed about 2 hours flying back and forth between EGLL and EGKK doing touch and go’s in the FBW Neo without a CTD. This is with 1.21.18.0 and driver 497.09. The most I was able to do in this scenario before 1.21.18.0 was about 10-15 mins (even using older drivers).
I have also noticed that my 3080Ti is running significantly cooler, all else being equal.
Note that I am using default settings in nVidia control panel and I cleared the shader cache after updating MSFS and driver. So far I am cautiously optimistic about these results.

So I can confirm 100% that GeForce Experience crashes MSFS, which is a shame. But just did a flight with 496.76 and it was just fine. Now, because I am in the beta and this is the whole purpose, I’m going to upgrade to 497.09 and see how it goes (I got CTDs with this driver before the beta, but I can’t remember if I’d removed GFE yet or not).

Not what I am experiencing. 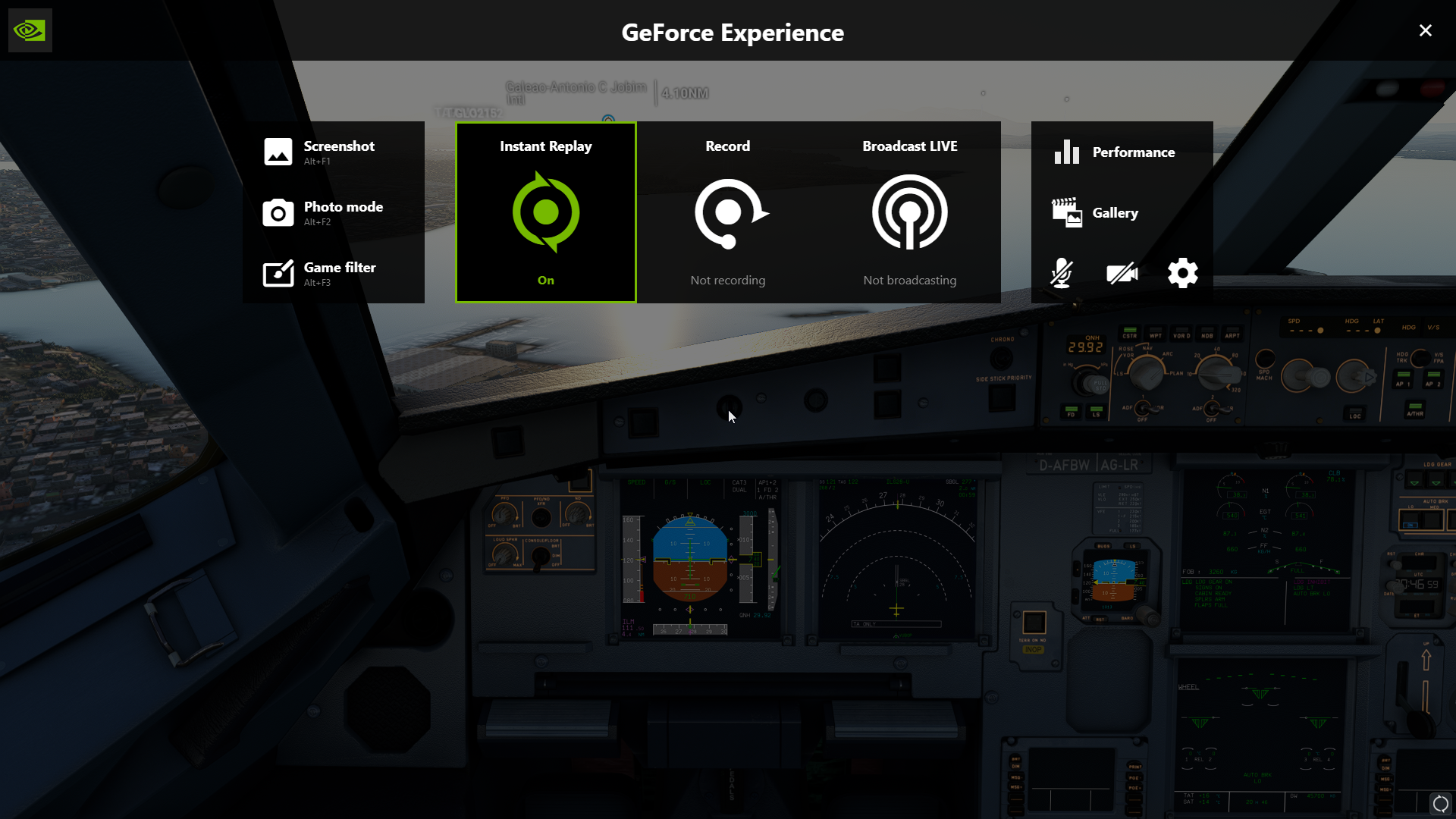 (No, this does not invalidate your experience.)

So I can confirm 100% that GeForce Experience crashes MSFS, which is a shame. But just did a flight with 496.76 and it was just fine. Now, because I am in the beta and this is the whole purpose, I’m going to upgrade to 497.09 and see how it goes (I got CTDs with this driver before the beta, but I can’t remember if I’d removed GFE yet or not).

It’s not Experience causing CTD’s with 497.09. I installed just the drivers and was still getting instant CTD waiting to load into sim. Back on 496.76 and working ok so far.

I tell ya, if I’ve learned one thing it’s that different people can do the same thing and get different results with this thing! Which is really odd.

No good for me 3090 CTD loading flight in dx11 dx12 poor but loads reverting driver as still an issue.