If you’re interested in playing around with that Wwise thingie, you should definitely ask for a free license, and I’m all but certain that you will get it.

steveo has a DA62x vid

steveo has a DA62x vid

And the aircraft in this video as a repaint, complete with mirrored font surround and high gloss metallic dark blue paint. Still work in progress.

I’m not trying to trigger you, but would it be trivial for you to explain the changes needed in flight_model.cfg to switch the nosewheel to free castering? I’m reverting the camera change with every new release anyway (I use TrackIR, so the offset isn’t helpful for me, and I find it irritating not to sit in the “correct” position), and I don’t mind changing a second file.

Unrelated: I watched a stream by @TheFlyingFabio today, he was flying the DA62X, while trying out RandFailures by @Kanaron125, which lets Twitch viewers trigger failures (it can also trigger them randomly, as the name suggests) and it seems like the DA62X did not behave as expected, at least in the experimental FADEC mode – some failures (like static port blockage) appeared to fix themselves, others did not have any effect (like engine and gear failures).

Fabio then switched to the default DA62, to make the failures work. As I expected, the stark difference between the DA62X and the Asobo plane lead to hilarity and a renewed appreciation of the mod among all present. 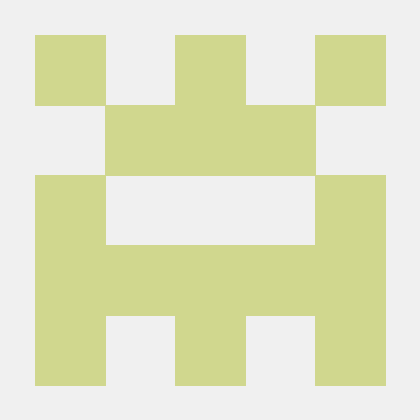 Contribute to kanaron/RandFailuresFS2020 development by creating an account on GitHub.

do what you want. Although the da62 doesn’t have a castering nosewheel

Came back to this after not having AC mods for a while after updates. What a joy to fly it now. I can’t deal with the glued to the ground default version now. Also the way the default throttle works in such jumps was wicked annoying. Thanks again for a great mod!

DA62 of Berichi Aviation is now complete and available on Flightsim.to.

i just watched that video yesterday.

also the runnup. honestly i have no idea what is correct. Ive seen videos where both ECUs are testes simultaneously and in this they are individually tested

Stupid question, I map the RPM on an axis and works but… where is the rpm lever in the cockpit???

The real DA62 has a full FADEC and has no prop or mixture levers, only power levers.

The use of the prop axis is a mechanism used by the developer to workaround current limitations in the sim/SDK to get something close to simulating the real FADEC.

At least that is how I understand it…

First let me say that 90% of my flying in MSFS is in the DA62 (left over from the P3D days - both versions) and I love the mods. I am confused about the FADEC issues, currently using the non-FADEC version (throttle axis controlled - Logitech Throttle Quadrant) and would like to use the Prop-Controlled FADEC system. I have the latest mod (Dec 1 v0.2.4) and understand that both ECU switches need to be placed in the A position. Do I just need to remap my levers from throttle to prop control? How about the October v1.4.2 prop control mod? No issues currently with climbing or engine controls I just like to have the plane operate as close to RW as possible. Thanks for any help.

I just mapped 2 buttons on my joystick to mixture increase and decrease. I use throttle to take off, then after cleaning up flip the voter switches. Then use the mapped mixture buttons to adjust power to 95. When I want to descend I flip the voters switches off, then use the throttle again to control power for descent, approach and landing. So I only use the mapped mixture buttons for climb and cruise. Thus way I can use the DA62X and still fly other aircraft as normal.

Thanks I can map the mixture + and - to my throttle quadrant. Will give it a try tomorrow.

you don’t need to do anything. prop control is the default mode

would you guys like slight asymmetries between engines?
slightly higher/lower indicated oil pressure/temperature?
perhaps even slightly different RPMs 5~10 rpm in some cases

Great work on the mod. Love this aircraft.

One longstanding immersion-killer for me is perfectly matched engines, so yes to your question, within what would be expected IRL in the DA62.

Asymmetries between:
Oil p’s and t’s, yes please would add to immersion

RPMs, not sure if this would reflect true FADEC behaviour.

And I suppose it follows, if that’s true, then you could see small variations in GPH between the engines, over time.

calling me a developer. that’s cute

Thanks for the help with FADEC, mapped Eng 1 and Eng 2 to T1-2 and T3-4. Worked like a charm in the climb and cruise. And yes to the realism slight asymmetries between engines, oil/temp, and RPMS. Anything you do to make the plane as close to RL is much appreciated. Otherwise you might as well buy a ticket as a passenger. Great work gang.