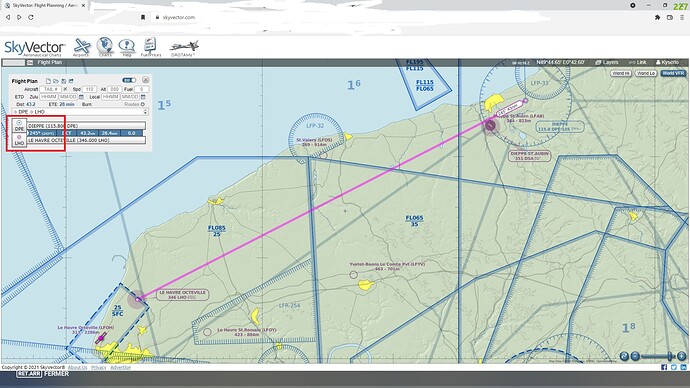 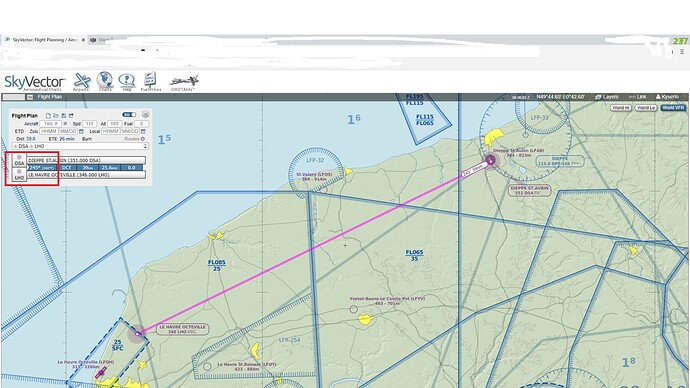 11920×1080 197 KB
hello pilot friends, I don’t understand anything, on photo 1 between the ndb DSA and the ndb LHO, the magnetic course is 245 degrees, with a magnetic declination of 1 degree, and finally on photo 2 between the VOR of DPE and the ndb LHO a magnetic course of 245 degrees and a declination of 2 degrees? thank you for your answers
CommanderTin January 29, 2022, 7:13pm #2

Could be that in this particular area, the magnetic declination is actually more like 1.5 and the isogones for 1 and 2 degrees are almost equally close on either side of these tracks. SkyVector just picks the one that’s closer.

That’s just a guess, though.

VOR radials are calibrated using a certain magnetic variation, Skyvector doesn’t choose the variation based on location, it just publishes it. Its not always updated immediately together with magnetic variation on the map (annually). Magnetic variation can change relatively quickly over distance, there are local anomalies. As you say, variation is also rounded up or down to the nearest degree. By the way, “magnetic declination” is not a term used in aviation, instead the term “magnetic variation” is used.