Hello, I have the following problem, every time I make terraformacion by rectangle or by polygon the edges are toothed making it impossible to use the tool. Does anyone know the cause or how to fix it? I try to make the airport have its natural elevations and artificial water channels but it’s impossible. 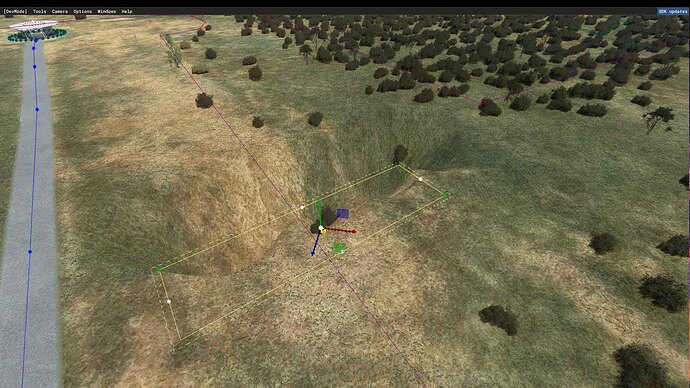 Did you try changing the fall-off distance (it looks like you have, but thought I’d ask)? That’s helped me with that in the past, but I don’t know your application. Yours looks pretty sharp, maybe increasing it a bit might help? You might also try using multiple polygons/rectangles and combining them?

I have tried but it continues to happen, duplicating rectangles I manage to soften it but I don’t think the solution is to duplicate 20 times a rectangle. Combining polygons didn’t get me much. 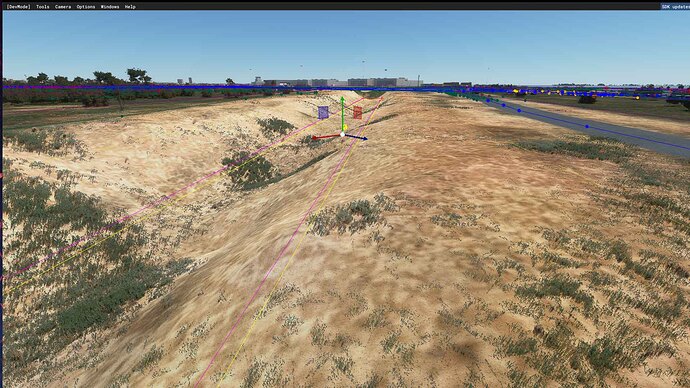 It is area dependent for the places I have worked on.

In certain places airport areas can no longer be terraformed successfully. They ignore the falloff number and you get that serration no matter what.

I’ve had to throw away quite a lot of terraforming at various airports when it stopped working.

It’s something to so with Asobo changing the way they generate terrain. When the sim launched everywhere could be terraformed successfully. When whatever new system it is came in when they ‘upgrade’ an area it breaks everything.

Some places still do work, but others not.

Thank you very much comrade, because what a disappointment, it is a pity because it greatly deteriorates the visual aspect of our creations. So from the looks of it, there is no solution until Asobo takes care of it, although I imagine the content cradors will have some solution or trick… It’s a shame, I’m trying to create the LELC airport and this effect bothers me a lot. 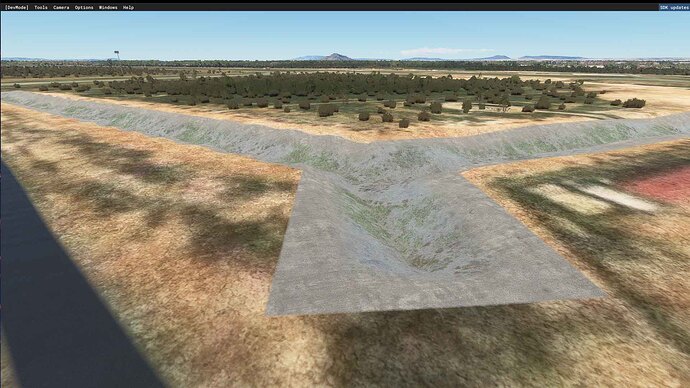 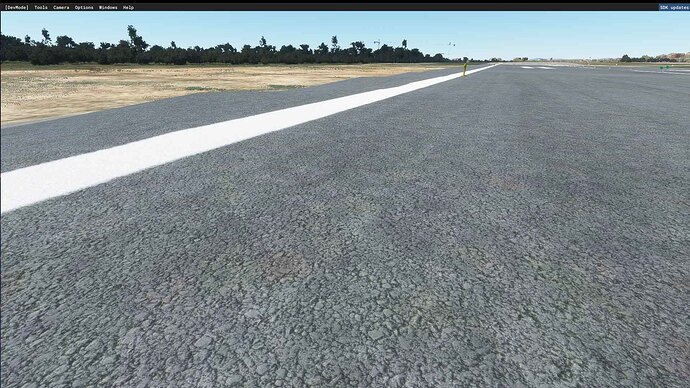 I just had a look at the site. It doesn’t seem to have the problem I have at some. It seems like normal terrain.

I think your problem is mainly that terraforming is not precise enough in general, and the other problem is when a terraforming polygon or rectangle meets another one. They usually don’t react well.

If it makes you feel any better, I think it looks acceptable. I do appreciate your desire to get what you want, though.

If the precision of the tool varies depending on the terrain, it is certainly a tool problem that needs polishing. Even so, if the companies circumvent it is because there will be a way to solve it I imagine. On the other issue is complicated a good airport needs multitude of polygonal layers of terraformacion to give realism, So I think and that is why 50% of my polygon layers include terraforming to put at the airport the different runways and planes at different levels, it is very difficult that they do not end up on each other or touch each other. 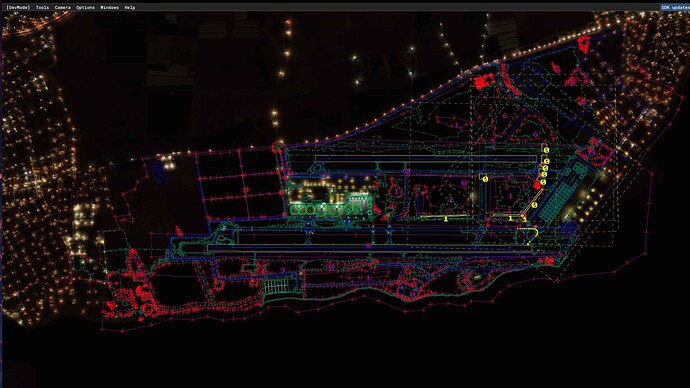 Jajajaj xD should recover everything, I myself to pick and shovel would have done better xD

I don’t know if the commercial developers have special tools, I haven’t examined many of their airports, but many of the Asobo hand crafted airports have absolutely horrible terraforming too.

It’s clearly not a good enough process at the moment.

Maybe they were in a hurry.

So, in the past, the way commercial developers got around this was, rather than terraforming, they built a part that looked like the terrain. That gave them explicit control over the terrain.

This is essentially how the Cliffs of Dover was done in the game. As well as many rock formations.

I’m trying to use terraforming too, and in fact is does everything except what I want.
It seems that some areas are not sensible at terraforming.
For example, I’m trying to add a ditch around an airport. I’ve added a poly with a fallout of 1 m (this is a ditch, not suez canal).
Here is what I get: 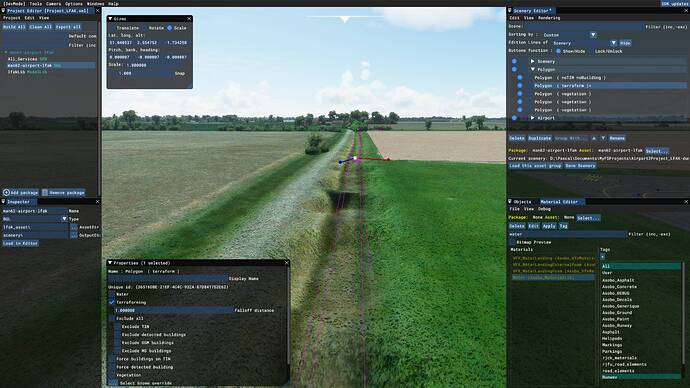 Microsoft Flight Simulator Screenshot 2021.07.04 - 11.53.05.592560×1440 524 KB
It create “holes” with “links” between them that are always there despite the height of my polygon.
The other problem is that holes are wider than my poly. They doesn’t adjust to the fallout.
Those holes are in square of about 10x10m, so I think there is some link with the ground mesh.
Other experiment, I’ve adjusted the height of the poly to a ridiculously low altitude, here is the result: 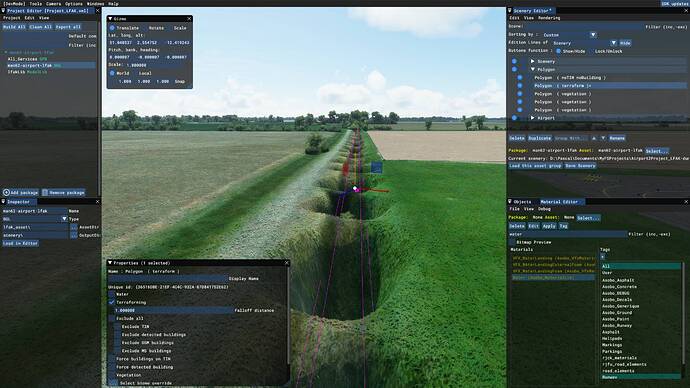 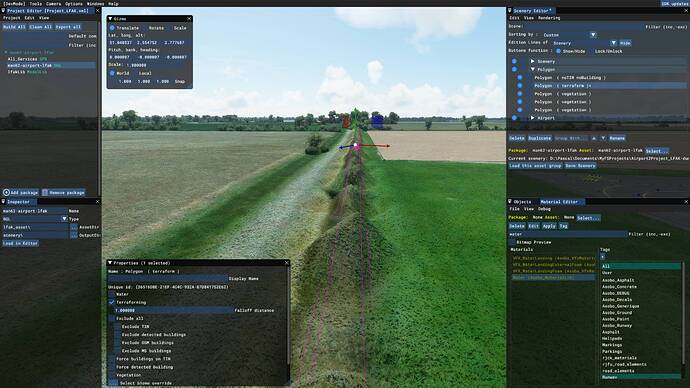 Another try to understand this… I’ve added a second polygon, just on the area of a “link”, it does nothing on that link. So this is clearly something the polygon size and position have no impact. 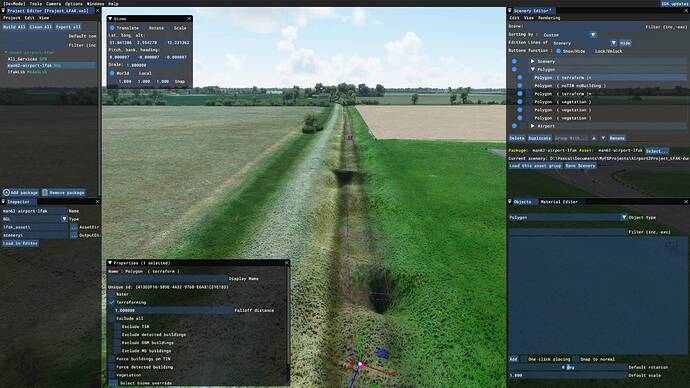 Until now terraforming feature is just impossible to use.

He’s a real pain in the ■■■, mate… Stacking rectangles I got some smoothing but it still looks like an artillery proving ground…
We can not do anything except ask that they solve it, I am now with the creation of the buildings in 3d, for the moment there is no other that settle for what there is.

It’s a real pain, you are either gonna have to make the scenery outside of the game, or make do, and there is also dealing with everyone else’s settings, it you are terraforming and looking at ultra quality, some person with a potatoe computer might see something very different. I get stuck in the mindset frequently with small details, and my wife comes over and asks me, are you making a walking sim, or a flying sim?

It makes me sad, but she is right, at least for now lol

Jajajaj yes, I know what you’re talking about, we want perfection but you can’t achieve it with the sdk alone, I do the same. Also in my case the airport does not exist because at first it was only military, then it was mixed and a few years ago it became again exclusive military use, so it does not exist in the game… Here’s what it is: 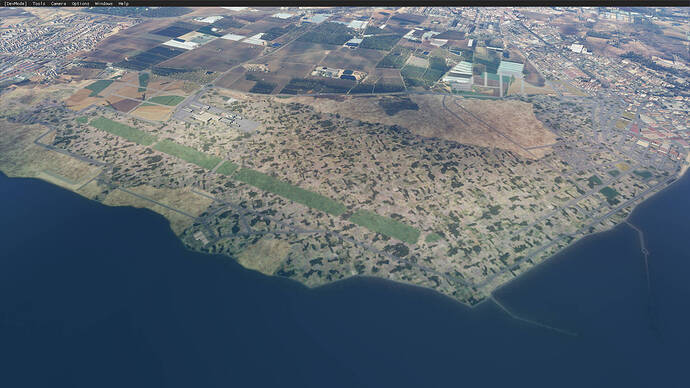 I’ve had to do it completely out of the blue and since you do, you want to do it right and whatever happens, you exceed xD 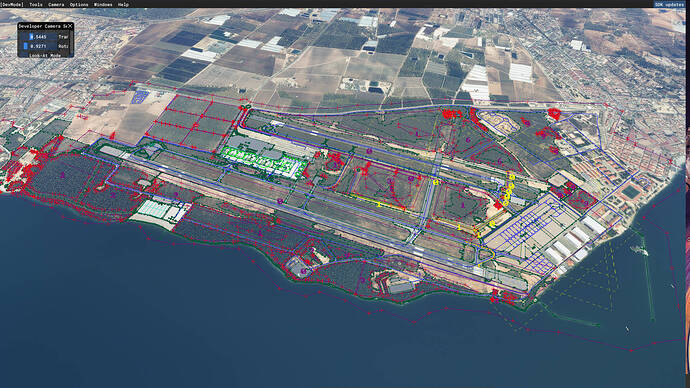 I have recreated even the difference in level in the tracks and the difference in height between the military and secondary with the headache that implies, now I am creating the buildings in 3D and I even wanted to do them inside until they told me… I think that you are exceeding… if you do the same with all you will never finish and it will be too much work… Then you think… They’re right… The height and distance to which people will observe it makes it a little unnecessary to devote so much effort haha. 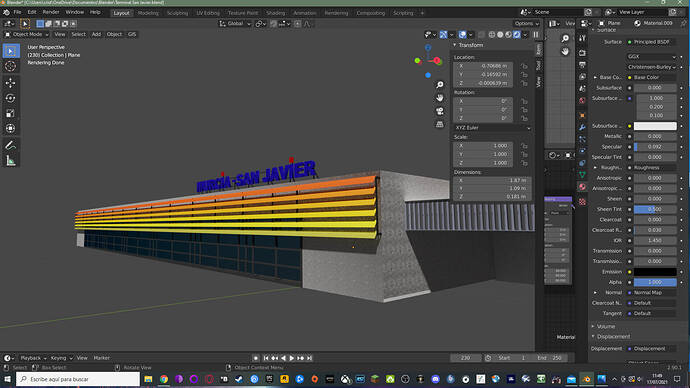 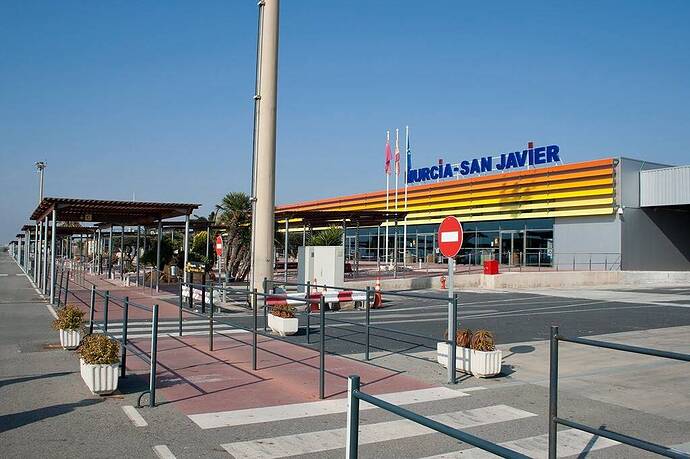