Variometer seems to just be a vertical speed indicator. It should not respond as much to pull ups. Variometers work on total energy rather than only potential energy

Isn’t the right one a normal VSI and the left one a total energy vario?

Glider stick to the ground, even on a winch launch: 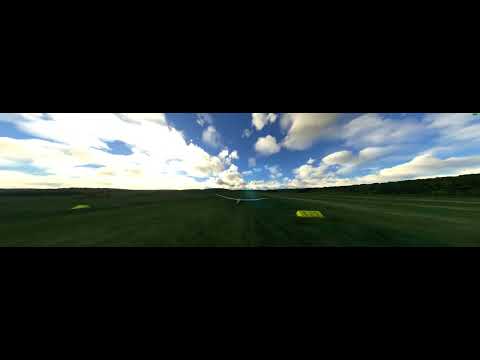 Any one know what is the Speedmark in the Indicator around 150Kmh in the LS18? +2+1 L? Best foward Speed with minimum Skinrate maybe?

That would be the maximum speed for flap setting 2, 1 and L.
But since the LS8 is an unflapped glider, they have obviously used the airspeed indicator of another glider.

It shouldn’t. In gliders all varios are connected to a total energy probe. (Only in recent years lx-nav brought out a fully electronically compensated vsi).

About this: With the new update, this became a problem again. I also saw this problem in the Cabri G2 (helicopter) thread. A while ago, Asobo introduced a config option to force the modern flight model (regardless of what is set in the menu) but this option is not set in some of the new aircraft…
I created a bug report about this, please consider voting: https://forums.flightsimulator.com/t/modern-fm-only-not-set-in-some-of-the-new-aircraft

Not sure it is the right place to ask, but it would be nice if the needle of the speed gauge were either slightly thicker or colored.

I play in VR and I have hard time to spot it, sometimes. At least it is not instantaneous, it often takes me one or two seconds to find it,which is a big issue when piloting a glider. It is really specific to this aircraft, of course cockpit readability is a major concern in VR, but with my Reverb G2 I have no issue with any other planes, including the other glider, for all major analog gauges.

Not a problem which could be solved with an optional speed indicator.
The guys from GotFriends shows this in their Discus 2c.

I am not sure I understood what you mean, sorry.
I have the Discuss 2c an no issue to read the speed gauge anyway.

Which I obviously already did, since I said I had assigned a control.

Can I ask people that have a the ‘glider sticks to ground’ launch issue try it with the new default “AI assist launch” accessibility option turned off? I was confused what the plane was doing when I first tried the Asobo gliders (I’m a RL glider pilot) and after turning it off I couldn’t really see why it was needed. Maybe it’s the AI which is messing up the launch.

All assists off and I still stick like glue until the towplane actually takes off. Until it’s fixed I’m sticking to the much better in almost all respects discus-2C. I can’t wait till the Wilga gets released, then I’m in glider heaven.

The test is broken. Try trimming for 95kts. That’s where it works for me. smh

Read elswhere that the dial is a ground speed indicator

I filed as a bug report the low readability of speed indicator needle here:

Thank you using the Bug section, using templates provided will greatly help the team reproducing the issue and ease the process of fixing it. Are you using Developer Mode or made changes in it? no Have you disabled/removed all your mods and addons? yes Brief description of the issue: Incorrect speed indicator’s needle color (metallic not white), shape (bent not flat), material (metal?) and poor choosing of speed indicator model makes locating speed needle hard and mostly unread…

And also for removal of this highly unconventional (probably mounted by the owner only in the single glider and nowhere else) horizontal flarm antenna obscuring the view: Remove Ls8-18 oversized flarm antenna

I never have any assists on let alone a glider launch assist. There is simply an error in the LS8. The DG1000 works as expected.

Which dial shows GS in a glider ?