Is there a way to clean the windshields of the individual aircrafts?

Any Feedback to that Thema?

in a few weeks

When I was flying IRL, that is what it looked like after every flight!

I don’t mind it, but somebody mentioned it to the devs in a livestream…

I have now safely flown for 100 hours with the TBM930 if not more. And it’s not that the dirt is gone on the next flight, no, it collects more and more. That cannot be the point. Incidentally, this is also the case with other aircraft. The more you fly (total time) the more dirt collects. 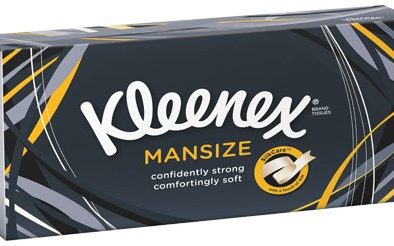 I guess there’s no chance that “Repair and Refuel” would do anything?

✓ Clean Glass Mod - Default Aircrafts is a Microsoft Flight Simulator 2020 mod created by JayDee. Download for free to enhance your experience in MSFS 2020.

THX a lot for that link. I hope in the Future this will not be the new way to run MSFS free from issues, Asobo have a lot to do next months… anyway i will try out that mod today.

Have a nice Day

I think the reason why whey add those dirt, scratches and wear and tear is to simulate what would the windshield look like in actual real world scenario. You can’t have pristine glass windshield that stays pristine after thousands of hours of flights. There’s got to be some form of dirt and wear and tear.

The modding community will always be there moving forward. I don’t see this as an issue, but merely a variety.

In real life the windshields are clean, that would be it if you couldn’t clean them. Is even a requirement, I’m not talking about scratches, but about stains. So much for simulation;). Or do you never clean your windows in your car and let the dirt get more and more? Or where are the washing systems in the MSFS2020?

They’re generally clean but there’s usually some level of smudges that are still acceptable or even unnoticeable for most people. If you’re very clean person however it’s understandable that a slight smudge might bother you and you’ll instantly pull a deep clean and disinfecting the entire plane. But usually they’re not noticeable or just simply ignored.

The mod will both clean the windshield off of stains and scratches alike. It would look like you don’t have any windshield at all, unless you raise your reflection settings and things started to reflect off the glass surface.

No they are not. In my TBM it looks catastrophic now. You want to tell me seriously that such spots on the window are only a problem of your own feeling? LOL sorry, but I think we have two completely different ideas about a flight simulator.! It has nothing to do with whether I am a “clean” person or not;)

It is difficult to ignore these stains because I always have them in front of my nose;) And as I said, completely unpictable thinking about MS / ASOBO. If you already include such a dirt option, there must also be a way to remove this dirt, as in real life. Otherwise the planes won’t even be able to fly at some point because so much dirt has accumulated. Do you understand what I mean?

I never even notice it until you actually put a circle on them. And even so, i think that seeing that as an issue is a bit overdramatic. It doesn’t look that bad to me. There are worse problems the sim is suffering from. And I’d rather have asobo focus on those bigger problems than having to deal something as trivial as this.

Not really, in my FS Club, all have that Problem with dirty Windshield, but ok. Specially in Resolutions higher then 1990x1089, i play in 3440x1440, you can see that stains

Did you just come over here to say I was imagining the problem?