I ended up pushing the unending download, then shut the sim down with Alt-F4. Restarted the sim and it downloaded 1.15.8.0 all over again (32 GiB) and everything is working again.

As always, the update was easy. Took seconds to download and install. I’ve never once had a problem with it.

We all emptied our community folders first before clicking ‘go’, didn’t we?

Nope, and it worked anyway.

The infinite loading happened to me before this patch. I uninstalled my new livery and it ran again smoothly. Don’t just blame the patch…

Exactly, that’s the crux of it. Sometimes it works, sometimes it doesn’t. What they have said over and over again though is to empty your community folder before running an update. It even reminds you to do it on the update screen. One thing is for certain, if you don’t empty it you’re FAR more likely to have an issue.

The only time I’ve ever had an problem was updating Paderborn last time and it was entirely because I forgot to do it. The issue again was that the install stuck in a loop with the file size getting bigger and bigger and as soon as I emptied the community folder it updated just fine.

Nothing to do with Steam

I agree with you. But I am not satisfied: MSFS 2020 is around since Aug 2020 and still tiny updates do not work for everybody. I have other games from Steam and GOG. Download or update is no problem there.

I understand: flight sim is complicated. But tiny updates are complicated, too? W.T.F.

No Hotfixes for the countless well known and long ignored bugs and simple fixes but here, have a nice water mask instead #sigh

Sorry for being clear as mud! I have started up the sim from the desktop icon exclusively. Only saying that most of the time the sim would take me to the store if it needed an update there.

My update did NOT take me to the store. It allowed me to press the continue button, which I did. Never again… Thanks!

@Redeyesjm @MarkRWatney
Generally AIRAC updates only come in-game, they do not come from the client (MS Store or Steam). However, there has been one in the past where it came from the client. I’ve been in the habit of checking the client before I launch MSFS when I know there’s an update in the pipeline. The reason for this is that Xbox apps or Gaming Services may also receive an update and those only come from MS Store. (I am not sure about Gaming Services with the Steam client - as they may use their own service).

Also, the size of the update is different across platforms (MS Store, Gaming Pass, Steam)

No issues once in game. Didn’t clear my community folder since that doesn’t seem necessary for this sort of update.

Should be mentioned I’ve got the game though steam and have never had issues with updates not downloading.

Even if steam wasn’t my preferred game store I still would have picked it over the MS Windows Store. I’ve had way too many issues with app updates though there to want to deal with if I could avoid it.

started with the 127 something MB ingame update, which for the fist time kept looping, after 10min i closed the sim down, restarted and now i’m supposed to load a 35gb update. How does anyone come up with such a messed up update “strategy”?

There are few games that I play. I prefer sims with this realism. I outgrew arcade and FPS, though I have all the Hitman series.

MSFS2020 is a great rendition because, as an out-of-date pilot I get the chance to “touch” this love affair, again. I really miss flying in real life but my budget only allows me to touch this sim. I have an old Saitek from 2004 that still works.

I guess I have become more tolerant of developers since I understand the product life cycle. Some companies release a produce before it is complete and continue to improve over time. 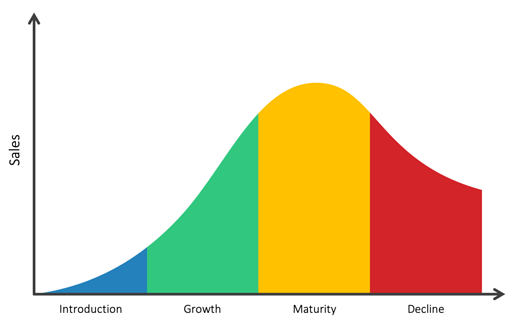 The best testing of a product you can have is either Beta testing (a limited number of testers) or release it early and get collective feedback. With complexity 1000 fold, they have put together something for everyone, in my opinion.

It is amazing what Asobo has done to continue this franchise:

They may have fallen a little short on 3. Realism should also includes accuracy. That is something that will be improved upon over time, I hope. Asobo job listings are looking for people to meet these needs. I recall a job for a pilot-programmers and a cloud programmer.

In the mean time, I keep adding tiny improvements to my Community library. But I know they are the first to be removed when something breaks.

Gotta go. “The Sky is Calling”