In truth most of the issues acknowledged in this announcement are ones that they already knew they had broken in SU7 before it was released.
But they released it anyway.
Most of not all were in the “known issues” of the SU7 release notes.

Now they are going to do an open beta for this “asap but timeframe unknown Hotfix”
To what end? Why bother testing at all if time and again the beta testers actually identify issues which the update then ships with unfixed?

Why not just release this “asap Hotfix” in whatever state it’s in right now already? After all this appears to be their usual method.

This is different than jumping to fix stuff based on constant shouting and complaining.

They very much follow the bugs section here (via community managers) and get the input for the bug-log through ZenDesk. This is known, and I wasn’t arguing against that kind of bug reporting. Just against the dozens and dozens of complaining topics on the already reported and acknowledged issues here in the general discussion.

As an example, someone just recently was complaining about some old bug here and was replied by one of our loudest friends here with a link to the bug report post, as an example how long it has not been fixed and how “Asobo don’t do anything”. The bug report had 138 votes and had been open for months. It just wasn’t a bug that would be high on the prio-list of the team due to low priority among us.

They have added the known issues to the list as they have become known after the update. I remember asking one of them to be added and it did. Clearly it was a wrong decision, as (some) people have since then jumped into conclusion “they knew all along!”

There were issues which were known right out of the box. Before release and which were part of the “known issues” notes at moment of release
TrackIR being one of them.
VR toolbar issue is another.
Indeed there are quite a few. All included on day 1 in the known issues of the release notes which you can read here and scroll back through the edits to the original.

I only see that the point that interests me since january the most has been in the same position for months due to new problems. If nothing happens before XP12, that was it for me with FS.

Hmm, yes, you are right, I stand corrected. I also checked in the wayback macine.

Which one is that, out of interest?

I know how you feel, freezing controls and artifacts are almost gamebreaking for me (im avoiding to update my gpu drivers since july to keep the sim running)
but it seems like this issues are forgotten while new bugs are added.

I have been updating my GPU drivers constantly, no issues until now. Funny thing about them is that you can always roll back with very little effort.

I test it with every driver release, and the artifacts always come back.
To be fair, this could be nvidias fault, no one seems to know.

Yes, it is of course also possible. I have not had any artifacts as shown in the thread, and judging by the amount of votes it does not seem to be a very wide-spread issue - which is unfortunate for those who experience it. But I have to say, if I could not get rid of those, this would be one of the very few issues that would make me stop simming. Have you had a chance to test with a different graphics card by chance? Is it model related? Maybe a bad batch?

Certain points - actually beginner’s mistakes - with VR, especially with WFoV.
Even if you now have some of them on there to-do list.

The only sad thing is that they still only use HMD formats from 2016/17 as an approach. For XP12, LR is now working hand in hand with the HMD manufacturers, so that there are no longer any problems with the necessary parallel projection and different representations on both eyes. (Fog, reflections, light refraction, cursor) etc, which is still the order of the day at FS.

ED fixed these things late too, but at least 2 years ago.

oes not seem to be a very wide-spread issue - which is unfortunate for those who experience it. But I have to say, if I could not get rid of those, this would be one of the very few issues that would make me stop simming. Have you had a chance to test with a different graphics card by chance?

No, i dont think its faulty hardware, because it only happens with drivers newer than 466.77, and in my case only under certain conditions in the sim.
It wasn’t really a problem for me to use an old driver, but since other games began to constantly complaining about the outdated driver it really gets annoying.

The release notes showed up AFTER the program updated. Everything is trashed, AGAIN. Cannot get things to work. Will remove the community folder BUT NVIDIA had an issue and my mouse and joystick. Wonderful.

Hi
I just launched the sim and got this 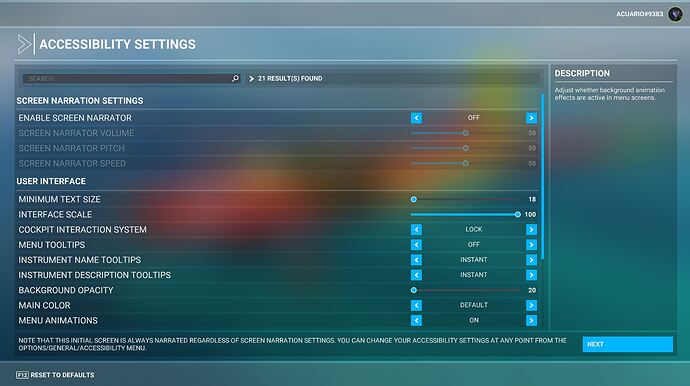 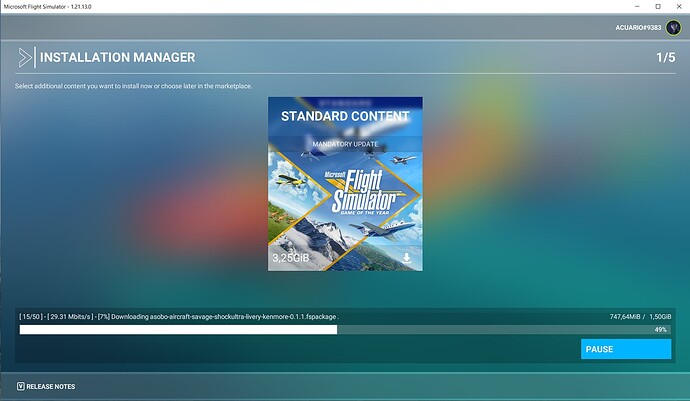 How come?
I updated the sim since the update release

Has there been an update today? Or what happened to my sim?