Having no issues on a sim with nothing but scenery being simulated is one thing, but weather is essential for flying, and so is traffic.

And Performance is anything then good, when the SIM is still crashing regulary with Live-Traffic.
And unfortunately it still does so after the hotfix

THe weather issue only kicks in at high altitude. THe hotfix should have solved this, but wee, at least for me it didnt, making flying an Airliner impossible.

Press ESC and click on your name top right and you can see your server. To change it you have to turn on Multiplayer, change the sever and turn off multiplayer - unless you have multiplayer on anyway

I have a reproducible CTD whenever I land in Megeve (LFHM), both yesterday and also today after the hotfix (Community folder empty). I did not land there before, so I do not know if this is a problem of SU5. Does someone else have problems there as well?

Ok, so I have live traffic on all the time - it was on when I took those shots and that video. I turned the clouds off to get the 25,000foot shot without clouds in the way. Give me a few mins and I’ll get some live weather pics to compare. I mean that wasn’t a performance test anyway, just some screenshots.
This link shows a flight I did yesterday on SU5 with live weather and live traffic…

Re the wetaher/temp issue - I did say I hadn’t checked out other bugs, so haven’t looked at that

instead of clicking the three dots in microsoft store. Click the title of MS flight sim in the MS store, even if it says it has no update. Update will start then. That’s how I had to do it.

Yes, you’re probably right. The sort of thing MS has been doing for many years (since Windows 3.1 for me).

But Asobo are the ones who need to fix it. I don’t think Jorg will be getting his hands dirty.

This is the lowest point for me, certainly the worst experience I’ve had since the launch. And I honestly can’t see when it will be fixed, there are just so many things wrong after the update, and still so many things waiting to be fixed since before the update.

As far as the weather radar, keep in mind that it won’t show a return unless there’s actual precipitation, not just cloud cover. Are you sure there was rain occurring? This was specifically a request from the community to reflect the accurate display of precip vs cloud cover.
Regards

yes, I’m sure … sometimes it can even be seen on the frontal window … in the attached video. especially when landing

Please, please, please Asobo, stop developing anymore content until the base program is stable. I accept that it is fine for many players but you have to accept that the level of complaints on these forums and on Reddit goes beyond a few people trolling the system. There are huge areas of weakness inherent within the code making it unstable in the extreme. Now that you have achieved your aim of integrating XBox users perhaps now might be the time to consolidate what is already out there for consumers. The hotfix today was a slap in the face to people who have paid hundreds of dollars when they read the patch notes:

As it stands I think you will be losing a lot of customers over the weekend who want to go flying and will end up paying money to Laminar Research for that privilege. You have betrayed the trust of a sizeable portion of your users.

Where on earth have they put the weather settings?? There is no settings menu any more! Can no longer customise temp, precipitation, barometric pressure, mm/hour, - et al - because wx settings menu is gone!
Having said that, if I choose one of the customised weather profiles I had saved before sim U/D 5, if I press “B” on my keyboard, the baro goes to the setting I saved (29.75) but I simply cannot tweak it. This is simply unsatisfactory and needs to be addressed urgently.

Lets see if I remember how to do this…

now you should be able to turn the live stuff (other then weather of course) and it shoud be back to normal. At least that what it was last time.

Very light download. Over quickly (I waited until the rush was over)

It there a way to make the menu placeholder at the top of the screen disappear the way it used to? I’m hearing others are finding it disappears with mouse inactivity but my one stays on the screen. Anyone else have this issue or do I need to do a reinstall to fix it?

It would be a great solution (if I had a second monitor). Thanks for the feedback.

I don’t know either, sorry

Here is my setup and settings - maybe they’ll help? 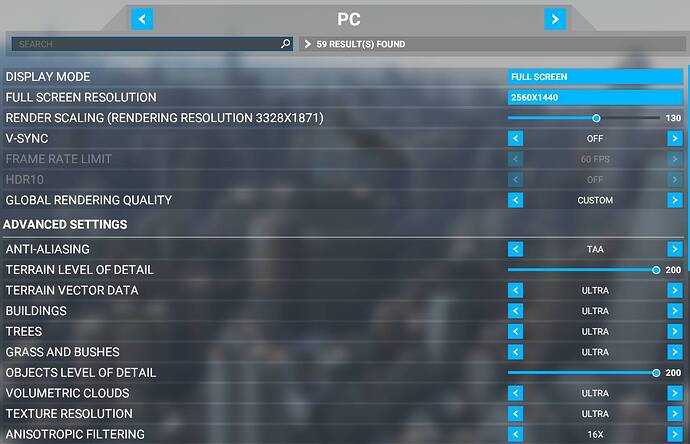 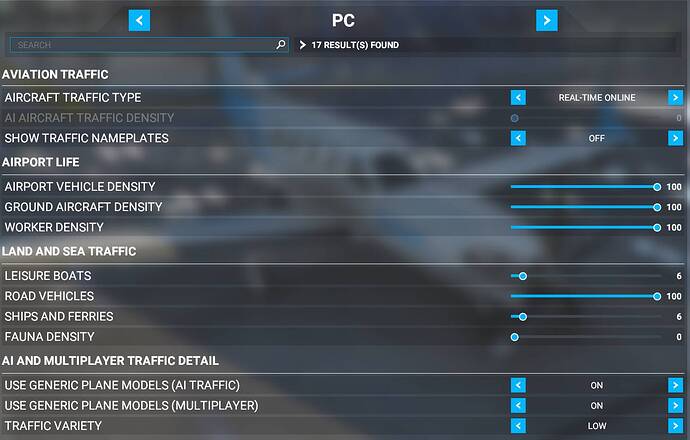 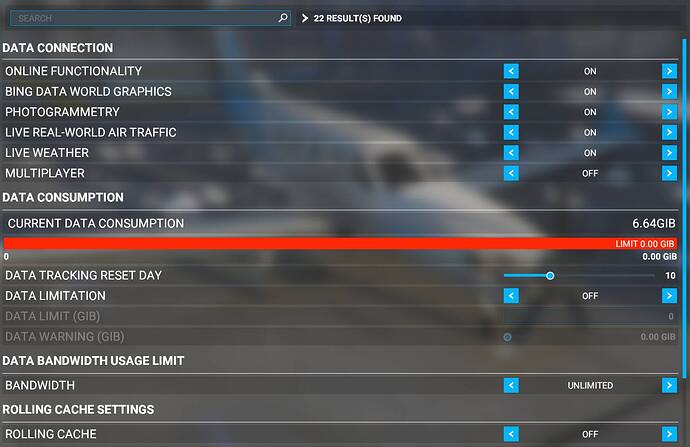 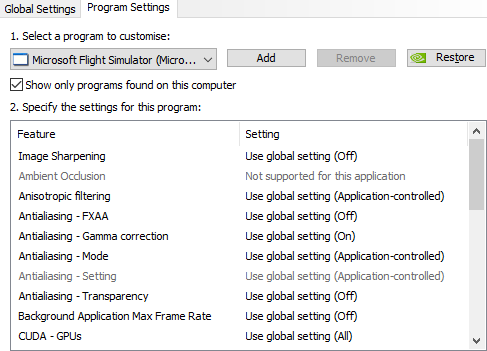