Your telling me, it was a first yesterday since Su9, that I had a session like that… Hey ho… Back to playing hitman

It’s not your imagination, I had a strange experience with my Xbox s. The splash screen now only stays on for a few seconds, some flights to some destinations, for some durations mainly short ones and with some aircraft seem to work absolutely fine. Still got world map freezing and sometimes ctd.
At least we can fly something, but far from ideal.
Apparently, a fix is being worked on and although I am far from satisfied, I’m afraid we don’t have a choice but to wait for that.

Where is that screenshot from?
Are there others that say fixed in SU 9 hotfix? Why can’t they communicate this clearly? Sticky on top of forum with updates would be so easy.

Any idea when is the hotfix coming out?

It’s coming from the 5th of May dev update, second snapshot:

[image] Screenshot by Speedbrake22 (Forum) Thank you for providing feedback since the release of Sim Update 9! At this time, we are hard at work on a patch that will fix some of the emerging issues we have seen this past week. We are excited to share more details and patch notes soon. We thank you for your patience and help to improve the sim with us every step of the way. MSFS Team [image] DEVELOPMENT ROADMAP Click here for the web-friendly version. [image] FEEDBACK SNAPSHOT Click he…

Patch is out right now! Downloading 1.6gb on xbox.

[Release-Notes-Banner] RELEASE NOTES 1.25.9.0 If you are playing on PC, some packages in your community folder may not have been updated and, as a result, may have an unexpected impact on the title’s performance and behaviour. Please move your community package(s) to another folder before relaunching the title if you suffer from stability issues or long loading times. General bugfix 1.25.9.0 Unfortunately, 4 weeks of beta testing (with two build updates) did not help us clearly identify s…

Still does not work, CTD as soon as I tried a flight from world map. Lots of stutter, freezing and taking forever to load. XBSX

Not available for Xbox yet Hofix

Rubbish, I’ve been using it for an hour already. Try rebooting your console.

Did no update available still

Why do you think others in your book lying?

Ok then sorry I don’t know why your console does not see it. As I posted earlier I downloaded a 1.6GB update for this on xbox series x and then used it for an hour, so it definitely is available.

Have you checked the version your running? perhaps it downloaded and installed in background without you knowing, it was only a small update after all. 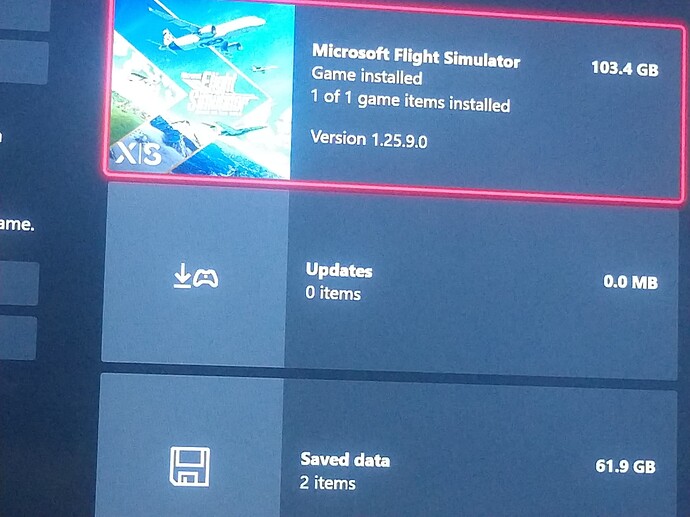 I didn’t accuse anyone of lying. Granted my wording could have been a lot better, but I really meant that OP was mistaken, which may in fact have been the case.

I’ve no reason to suspect or claim anyone on here is lying over such a thing, why would they?

Check the release notes linked above for what Asobo claim to have fixed. Yes it still stutters and pauses and sometimes crashes, this is not some magical fix everything release. It does fix some crashes and a few other issues. Not a long release notes by any stretch.

Is happen to last hotfix to so yeah

update up and running on xbox . early signs improvement in the flying.