You are my Man! Thanks, I followed the link you suggested and it unlocked the issue

This server side Fix should be applied everywhere, its a worldwide problem (I guess until SU 9?)
I would better like to have only PG trees in PG cities, then this huge amount of oversized trees.

Precisely. My definition of “safe” is whether or not I’ll disable the sim from being able to boot, thus requiring a reinstall.

I’m fairly certain by installing the WU9 as is, it won’t cost me my life or anything.

You are welcome, my friend. Cudo’s however go to the user(s) who found a solution and posted it here on the forum. I only used the forum search function.
Enjoy and happy flying😀 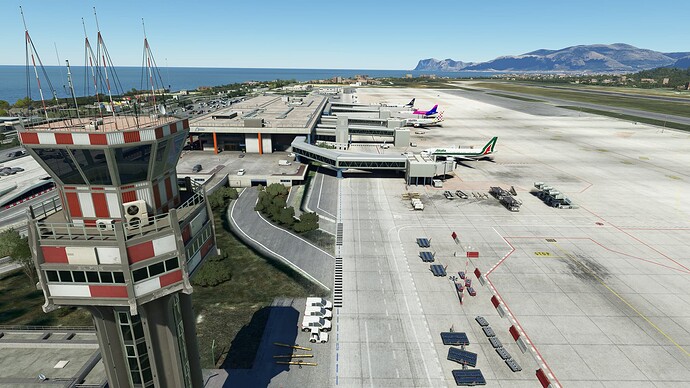 So, as far as tree sizes are concerned.

The scale and or height of the trees is often overdone that’s for sure not always but often. But the trees aren’t the only objects out of scale in the sim. There are many objects that are quite considerably out of scale, either too big like the trees or too small. If anyone here has actually stood next to or walked around a pallet loader, you’d understand how big they are and how high the ladder is that the crew has to climb to drive it or to load ULDs (cans) and pallets. 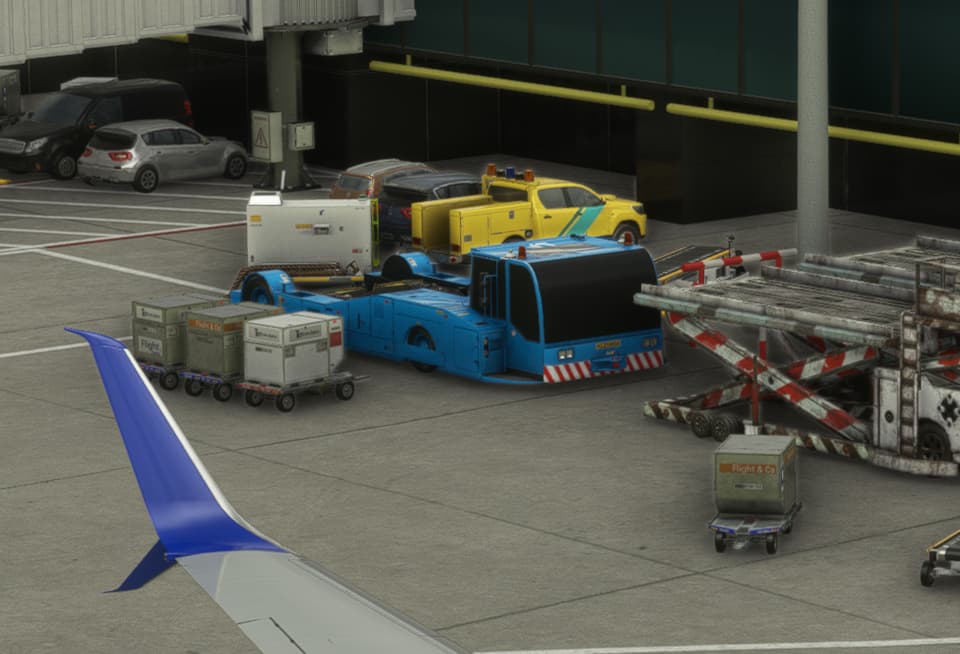 I look at this screenshot and see the truck with an airstart hooked up to it that appears to be to proper scale next to the other vehicles. Now, when I look the the ULDs and dollies they are on along with the pushback next to the pallet loader the scale starts to appear out of wack… For instance, ULDs, LD1 thru 11s are 64 inches standard height, 5 feet three inches. Most can almost stand up in them. I’ve seen guys inside them and have walked all around them. Put them on dollies like they are and the tops come out to roughly 6 foot 3 inches. So to me the Cans and Dollies are too small and need to be scaled up. They barely even reach the height of the bottom of the windows on the truck with the airstart hitched to it.

Secondly now, you can look at the ULDs and notice that you can literally almost put them into the cab of the pushback and that the cab of the pushback is close to over 12ft high sitting next to the pallet loaders. These styles of pushbacks require one to stoop down pretty low in order to get into the cab, they’re not very tall. However looking at this pushback it has an 8 foot tall door that you can open like you would a door to your house and walk right inside standing up with no problems…

Not to mention these firetrucks. This vehicle was blocking the taxiway and I was behind it looking at it and noticed that I could see the top of it. I reflected a bit and said to myself that, I shouldn’t be able to see the top of this firetruck viewing it from the height I’m viewing it from. These 8 wheel trucks like this that this one is attempting to depict are behemoths. It’s almost like the pushback cab is bigger than this firetruck. Maybe there is an 8 wheeled fire rescue truck out there that is this short, but I have never seen one even close to being this short. 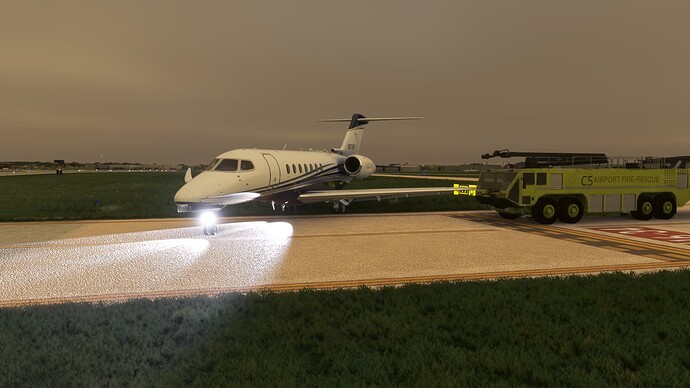 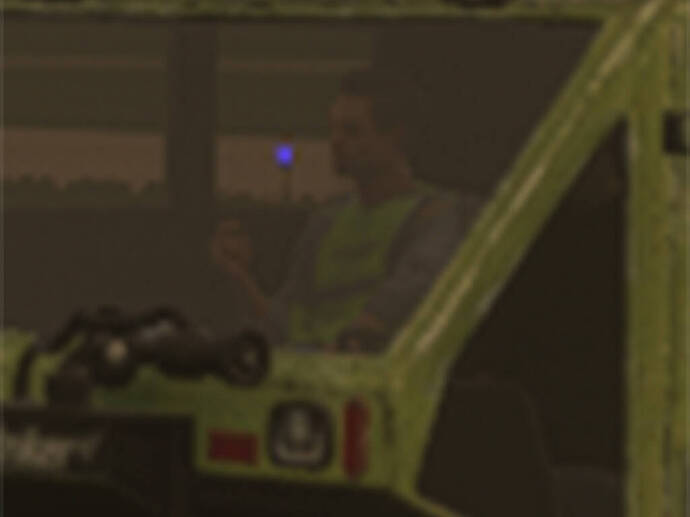 Im getting an error everytime i try download the new world update, it says I’m offline and to check my internet connection, the marketplace will then grey out and after a few second will re appear and allow me to go back into it - any help would be great

Im getting an error everytime i try download the new world update, it says I’m offline and to check my internet connection, the marketplace will then grey out and after a few second will re appear and allow me to go back into it

Same here, no way so far. My internet connection is fine!

same as here i dont know what to do

Unable to download from the marketplace?
Nothing you guys can do.
Another #blameAsobo #blameMicrosoft

Seems they have some problems with their servers or maybe something in between has hickups.

Would you know if there is a mod to allow the POI’s to show their name tag from further away than 2.8kts and to stay open for longer?

My guess is that reducing tree density is as simple as editing a couple of specific config file entries and was done in a couple of minutes whereas a user request for them to fix your system is much more vague and hard to pinpoint.

If you are a VR user like me you might reasonably bemoan the fact that SU9 introduced a weird Tab menu bug where all the windows are opened in the wrong size format and have to be resized manually each time before you can use them. That is an asinine bug that probably could be fixed in 2 minutes as well but VR users usually have to wait for another couple of updates at least.

Is there still going to be a Marketplace update? Only asking here because of the Savoia-Marchetti that’s supposed to come out today.

Marketplace update happened, but apparently the Savoia-Marchetti is delayed (info to come soon

I still don’t even have the Marketplace update. Still seeing the 310R as the most recent aircraft. Asobo outta work a bit on their interdepartmental coordination

I haven’t checked in-game yet, i just saw it on the Dev Update that just dropped