What is wrong with this screenshot? 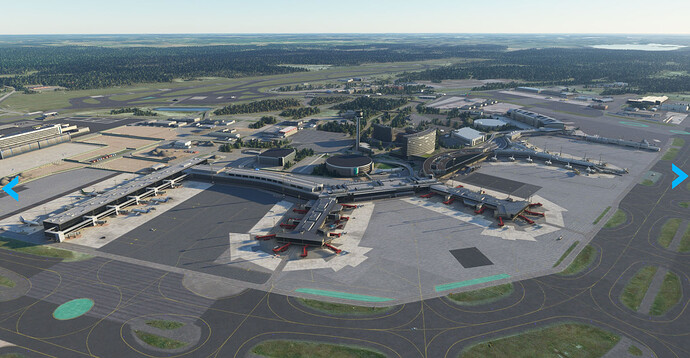 Don’t know, but it better not include the words “trees” and “Iceland”.

I am disappointed. World Update 5 is nothing like I imagined. Cities and towns look even worse now if you ask me. Here is from Hamar in game and IRL. Vikingskipet, one of the most iconic buildings in Norway still doesn’t look anything close to the real thing. And Hamar looks less realistic than before. Funny thing is that many places looked way better in the Alpha. I could actually see my apartment in the building where I live, and in Beta the building looked like a small house instead. Now it doesn’t resemble any house I have seen before. 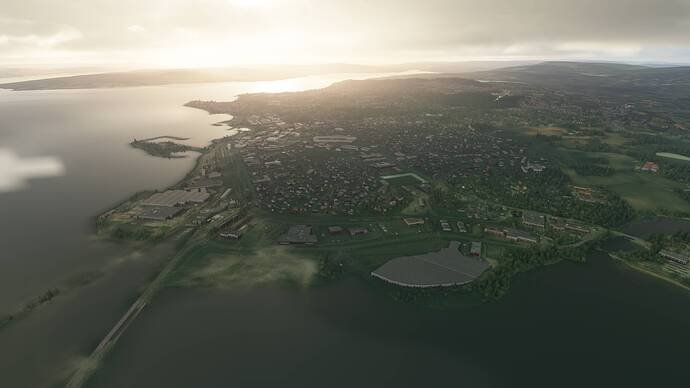 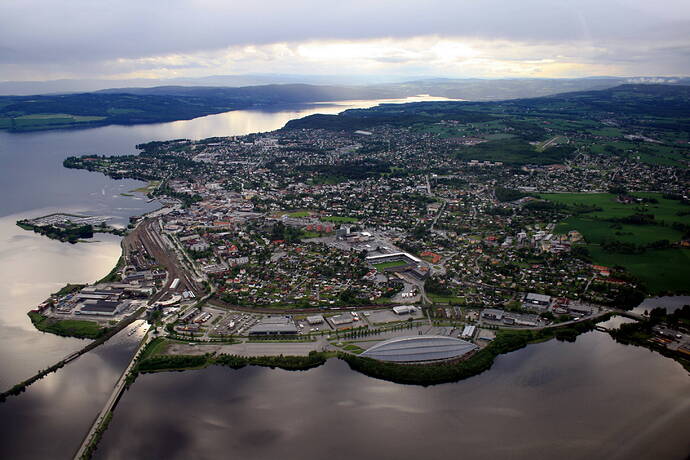 New bushtrips. A ton of it…
Thank,s asobo

Release notes mention that parts of the Nordics have had their aerial imagery updated. Anyone knows where exactly?

Why didn’t you include the 5th biggest suspension bridge in the world??? Very disappointed. I thought that would be a no brainer in a world update that includes Denmark…

This is your obligatory “check Bing World Data is still enabled” comment, used endlessly around the world after each sim and world update.

I’m having the same issue. The Game shows I must update before I can play, however, the store doesn’t show an update available???

THANK YOU SO MUCH for your help!!! You are awesome! This helped.

And you downloaded the world update manually in Content Manager?

Well, I’ve just done the first leg of the Iceland Bush Trip, spectacular, not sure what DEM it’s at but was most tranquil. Great job so far Asobo, of course I will be flying many other routes / aircraft over the coming days. Oh, and also, completely butter smooth, now there wasn’t many buildings along the way, a beautiful town coming in to the first landing, but lots of trees and very detailed landscape / mountains / volcano - I had everything on Ultra+ @3840x1600 and got 50+ frames all the way with only the very slightest of micro stutters. I enjoyed that very much! (In the Grand Caravan too with a glass cockpit)

Of course you could add it yourself. How hard can it be!?

Yes thank you this worked! Why don’t they announce such things?

Yes ofc I did 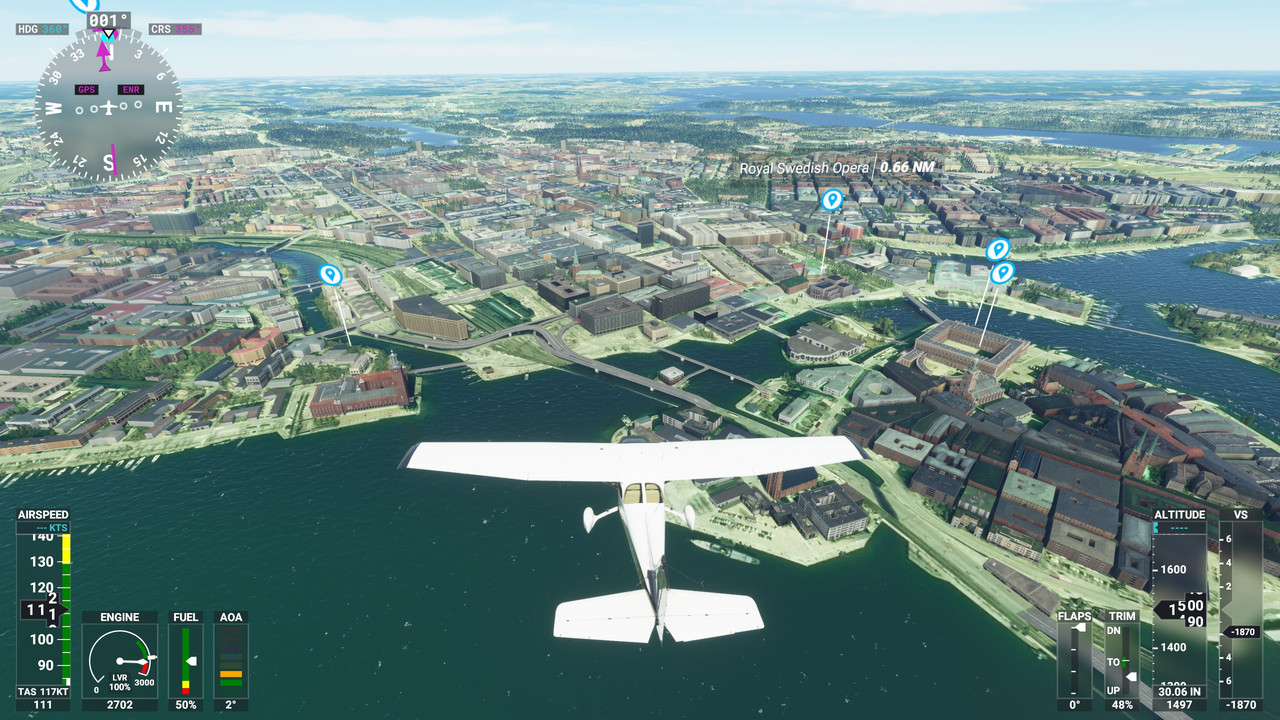 Downtown Stockholm and Oslo are atrocious.

Stockholm has huge water elevation problems next to the royal palace, and almost nothing is recognizable. The few 3d modelled landmarks clash horribly with the rest of the generic architecture. Even the skyline is weird. The very recognizable (and easily reproduceable with the in-game generic architecture) towers on Sveavägen are mostly missing (only one is left). The terrain has a weird, dull greenish tint, even over highways and built areas, and the generic colorful architecture looks very out of place on top.

Oslo is about as bad. The Rådhus is missing fully, there is a weird unrecognizable terrain bump where it should be. The University on Karl Johan is now a set of houses… Generic buildings everywhere, looking sharp over the quite low res terrain satellite imagery. Not a good combination (this goes for Stockholm as well).

Not very impressed tbh. Also, Barkarby (ESKB) is no longer an airport, most of it has been demolished.

EDIT: see the shot in the post above this one, it’s exactly what I’m describing

See that. Not much they can do if there are no decent satellite images

I have to say that the Longyearbyen is designed really well. BUT, why surround it with awful data that turns into generic textures close to you. You can see the low res satellite in the distance yet it loads in generic textures. Kind of makes me wonder why they even bothered in the first place. Amazing hand made airport stuck in a low res zone… shame. I hope someone makes an add on for Svalbard because its such an amazing place!