After Today update, i get Spikes on Terrain and Problems around EDDL Performance & Graphics

I have tried both dev and stable 0.5 FBW versions and I am getting some mighty odd issues

The FBW mod is known to be incompatible with this update.

Was it? Well I know now anyway

Ok the crash is repeatable with the latest FBW mod, when starting a flight from the runway I always get

Basic troubleshooting: The default A320 does not have any captain announcements, and AUDIODG.EXE is a Windows thing. What’s your conclusion?

IT’S A MOD CAUSING THE PROBLEM!!!

And just to reiterate in case you missed in the gazillion posts after every update, the Working Title and FBW mods usually break after each update, but they also usually fix them in a matter of hours.

Always clear your community folder before updating, and always test the default aircraft before blaming Asobo for something.

No offense. I wrote this with all the brotherly love and holiday good cheer I could muster!

I understand all of that and of course its the mod, thanks for stating the blindingly obvious.

If you bothered to read the messages you would understand.

Tried clearing out my community folder as well as a fresh install and it’s still happening.

Loving the update!! You can switch from knots to mach and back again! Engines turn off and turning off the battery brings the log.

ILS perfectly lines up, and the frequencies now are working at Third Party Airports.

Finally I have just done a succesful “Travel to” flight. Manchester to Toronto, set off, got myself to Cruise height. Set “Travel to Descend” loaded the flight perfectly with all navpoints as before. Had to reset the AP details but it was flying perfectly to where it was supposed to be.

Anyone else seeing a large drop in FPS after update? I’m running 7680x1440 and normally get a steady 30-34fps. In a flight now and getting 20. What’s weird is that none of the graphics settings are helping. Turning render scaling down should improve fps but isn’t. Not sure if this is a FBW a320nx problem or a core problem. CPU and GPU utilization are both down. Guess I need to check with a vanilla aircraft.

It has been updated already. These guys are quick!

I agree it cannot be tested “thoroughly” but you’d think a big patch that has been coming for a long time someone there would have tried starting a flight from a runway. Or perhaps give the FBW team a heads up about the issue so they could patch it ready for release.

Asobo can TEST it, even thoroughly, and maybe even tell FBW what to do to fix it, but they dont own the code to “fix”, and even if they wanted to, LEGALLY they would not be able to fix anything on a third party mod.

Unfortunately this is purely up to the FBW team to fix it, and whilst I am sure in recent months, the Asobo team is communicating more with the FBW team, its now over to FBW.

Would you please explain exactly how you fixed it, step by step? Thank you.

and how exactly is this done? I don’t see Rudder Triggers to Rudder Axis in the menu. Would you be able to explain the fix step by step? Thank you.

Clear the bindings first.
Then search for Left Rudder Axis and assign it to Left Trigger etc.

How do you change it back exactely?

Update asking for a disk!!! I downloaded it on Store and obviously there is no disk!! Trying again and again… 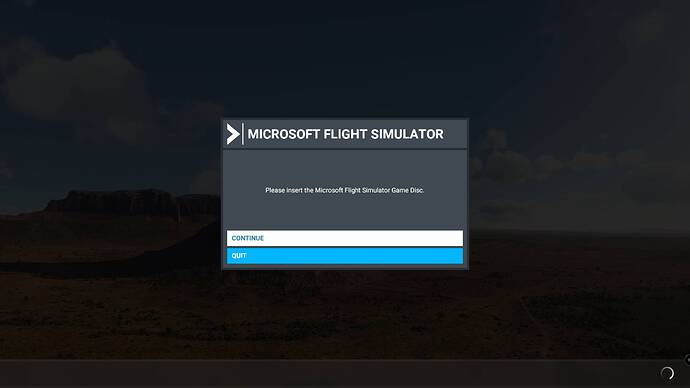 Thanks for that link. No- I went to NYC and BOS- no snow. Went a little further north and saw snow. I guess the snow needs to be deeper before it shows in the sim maybe?

My Norton was blocking the game from accessing data during part 3 of 177 or whatever and wasn’t letting the update happen. I got an alert from Norton when I tried a second time that told me what was happening. I had to exclude the game from Norton and then the update continued.