Sure I did this - many times. Removed all cache data, moved cache directory to other disk/directory. Nothing helped to get the marketplace available again. I think it’s the server connection issue because my account also doesn’t shows my avatar and the automatic server search don’t stops and founds a server in Europe/Germany.

If there’s a config file for the servers, please point me to it and tell me how to configure these servers to connect again properly.

Actually the white cliffs of Dover look pretty weak until you get very close to them. Once you are close enough they look great. Are others finding this?

Did you sort your flashing headset out?

Not yet. I’m hearing that the likely culprit is an update to the beta version of Oculus software that occurred yesterday. Some are suggesting opting out of the beta version but I had issues before going to the beta version so I’m uncertain about doing that. Might try it and see what happens. Remember when all we had to worry about was flying the plane?

I was born here (62 years), and yes there are IRL some low level obstruction attached to those lights. Theres a flurry of them out by Northfield / 271 as well, there are 3 or 4 along lakeland blvd that should be there. But theres nothing attached to them thats all it is. Just like the roads surfaces are 1 meter to low (approx) and the water levels are 2 meters to high. If you look in FSX you’ll see there there too, but they have tower’s etc attached to them.

Just opted out of the Oculus beta and now my VR experience is back the way is was previously. Very happy.

That’s been there since the beginning, I’ve gotten really good at avoiding it too

! Even at night when you can’t see it cause most airports don’t have much in the form of lighting.

you were born where ? theres no " Lakeland Blvd" in Scotland mate

I’m not so sure about the spikes, I passed a place in the Brecon beacons, I was flying straight from Llanbedr to Cardiff, that looked like a spongecake as the knife makes the first cut…Central Wales looks better though.

Try taking the Caravan to about 50-60% throttle, hit pause for about two minutes (Send your girlfriend a message…

) then unpause… The caravan takes of like a Grravel. Seriously high rate of climb and only using 50 yds of runway…

your point:
“Areas where houses are missing. Both Autogen and photogrammetry, where there were houses before. The ortho clearly shows where the building is supposed to be, where it once was, and now nothing.”
Yes, my house is gone and so are the neighbours. There are many gaps. No real show stopper but noticable.
But I do have a concern with the London scenery. The new photo scenery. Does everybody have these ‘flat’ areas between landmarks?
I have no additional scenery or mods. but run high end. 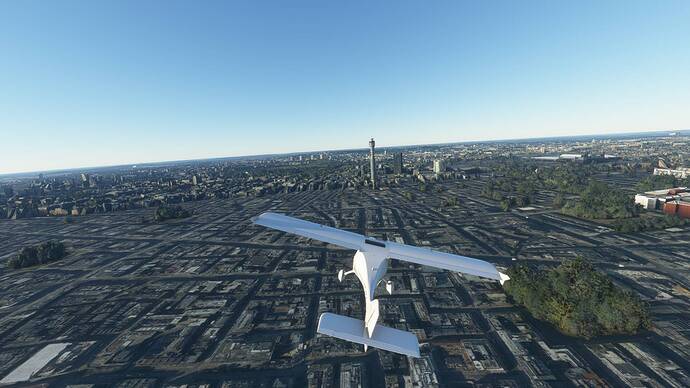 I had the same issue. Clearing cache solved the ptoblem. 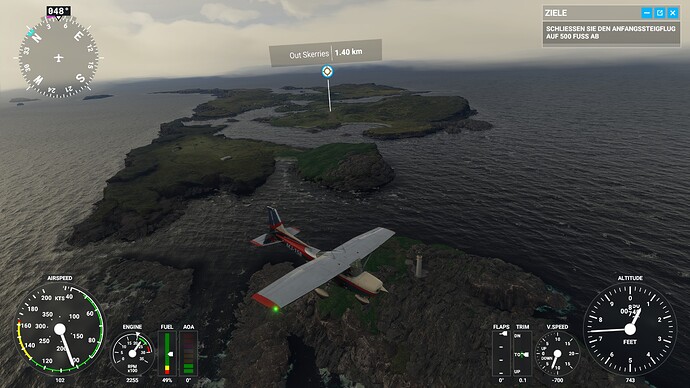 It is a sure fire fact though that the UK hasn’t moved forward far and is still in the Digital Dark Age. There are folks in central London who still can’t get 10Mbps and here in rural Wales I’m struggling to get 7 Meg consistently.

Now, there’s another dream - to be your age again

No issues with the Bredon at all. No ground effect .seems it has its own flight dynamics. Been using that more than the nx. And good on frames!!

I bought an Apple II back in 1979 and that was all the start that I needed. Have been “hooked” ever since.

If you lived it, you’ll never forget it! It’s nice to see others who began this journey from the beginning, I think.

For me, it seems to have led to much less frustration and greater patience with Microsoft, ASOBO and the entire MSFS evolutionary process, because I know that some day today’s generations will look back on these days as fondly and memorably as we do the 80s and 90s.

Yes I was on dialup then for sure. As for Uk being in the dark ages, you have got to be kidding. I have a 350Mbps connection through Virgin Media and the UK has as high as anywhere in Europe and higher than most. Yes, some places out in the sticks only have fairly slow rates but that certainly isn’t the case in towns and cities. I can remember those slow dialup days but I sure as heck don’t miss them LOL.