Weather looked amazing earlier on my flight. Just left KATL and now I’m getting nothing. Not sure what’s up.

How is it clearly server side? This happened after the last local update. It’s most likely a local code issue that is interpolating the server data incorrectly.

AFAIK there have been no updates to the core sim code since SU7 released on November 18th. For two weeks there were no temperature spikes with Live Weather except the known issue above 44,000 feet.

Suddenly a couple of days ago, everyone using Live Weather suddenly started getting spikes above 23,000 or 24,000 feet. Since the sim has not changed, it points to a server-side issue.

That’s not the only weather issue. Not all of us fly airliners. The OAT change might be server side, but the biggest problems were immediately noticed and still persist. It also might be that it took awhile for the “Children of the Magenta” fellas to notice it. No insult intended, just referencing a paradox. Nobody even seems to talk about altimeters being completely wrong most of the time to this day.

I got an email stating that as an " internal Sim Update 7 tester" I could join the public beta earlier than the general public. If you were an internal sim update 7 tester then I can’t explain why you didn’t get a similar message.

Has any fix been included to correct the stutters before takeoff due to photogrammetry?

Has the excessive haze been fixed in USA? Is the haze worldwide now?

Question. Is the beta going to allow for testing of payware addons?

Yes the excessive haze appears to be fixed. The ground, low-altitude stutters have not.

Hi @tgbushman,
Last beta there was a section for this but I haven’t heard if there will be an area for this public beta. I would imagine more details would be available when the public beta goes live on Monday.

Exactly, and now there are no temp spikes anymore. And we haven’t had any update on the client-side. I’m not in the beta, as I have the steam version.

You say you are NOT running the beta ?
You might want to check again @ FL450 and above 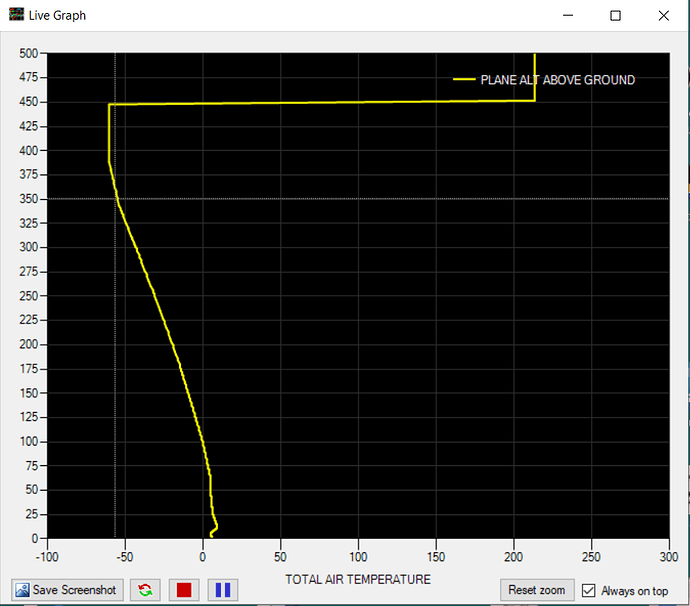 Do many clouds still look like a gigantic volcano errupted, or is this finally fixed as well?

Am I right in thinking some people who are not in the beta are getting normal temps upto FL450?

I am lucky enough to be able to opt in now on the new beta, but if things are normal I’d rather not, as I don’t have the time to move the installation otherwise I could run into troubles when stable release goes live at a later date

Or is the benefit of the other fixes warrant to enable the beta?

Any help would be appreciated

How many planes do we have that fly that high? The whole point has been that the bug affecting just about everyone has been fixed in the backend without the need for a client update. If you want to slew your Cessna to 45’000ft, sure, go ahead… I just don’t think the veracity at that altitude is anywhere near comparable to what it was before. I’m pretty sure if you go even higher, you will find issues when you look for them.

Or is the benefit of the other fixes warrant to enable the beta?

The beta is not about fixing the temp spike bug at 24’00ft. It was clearly a backed issue that had nothing to do with SU7 and has been fixed. There have been plenty of other issues reported and quite a few of them are planned to get fixed with the upcoming patch. If I had the chance, I would participate to make sure that is the case. For the benefit of all of us.

When will they fix the reset of the assistance settings…?

In this beta release - read the notes in the dev update, it exlaisn it all there

Weather didn’t match for me between metar and what the plane showed. Especially the wind was way off. This was yesterday afternoon (local time) at EDDF.

Does anyone know what time the public beta is available tomorrow?

I do not know. I would recommend just activating dev mode/NanoVG for this plane. And remember that nothing is added to your log in dev mode.

Thank you I have now found the source of this below, sounds like people have had great results from it

Has the rendering pipeline been re-enabled? - PMDG Simulations

Hi, Several updates ago there was an announcement that the rendering pipeline had changed and as such fps on the DC-6 has been reduced. I only want to use the DC-6 but for now I am holding off until this functionality has been reimplemented. Can...