EGNS and Isle Of Man Island, has bad faulty imagery

Do you have any add-ons in your Community folder? If yes, please remove and retest before posting.
Removed
Are you using Developer Mode or made changes in it?
No
Brief description of the issue:
There are some bad color issues with many parts of the Island, from lime green to purple
But only at certain LOD levels.
I’m a Developer making EGNS for the MS Marketplace, would be great if the island imagery can be fixed. 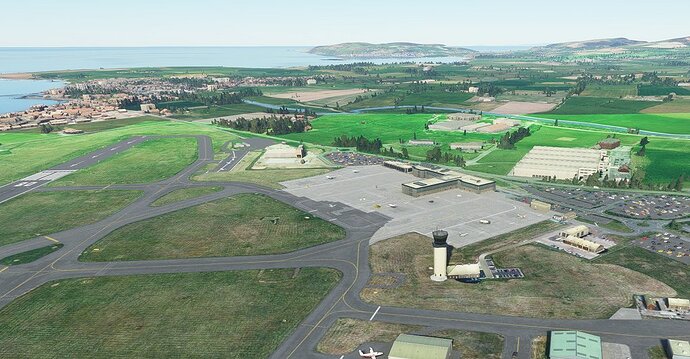 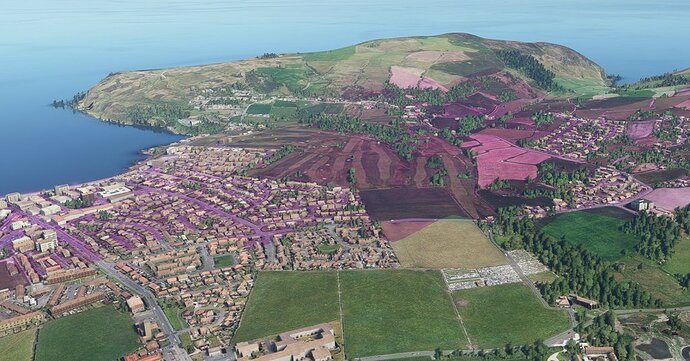 Build Version # when you first started experiencing this issue:
Its always been there.

Are you on the Steam or Microsoft Store version?
Microsoft

Did you submit this to Zendesk? If so, what is your ticket #?
no

Improve blending of photogrammetry with surrounding scenery
CopperNu June 25, 2021, 11:11am #2

Did you submit this to Zendesk? If so, what is your ticket #?
no

You should report it via zendesk. That’s the best option for local glitches and bugs.

Odd that this is still a thing since launch. Orkney had blue patches that behaved similarly. That was sorted quite some time ago.

I think Orkney might have been fixed with the UK & Ireland update and with the IOM not belonging to either it probably means it was not in somebody’s job description.

A shame really while it’s a beautiful island and with a separate gliding school in the North and an unofficial dirt airstrip near Douglas it’s a great location for slow flyers and microlights.

Hi there!
This has been reported. The issue is the blending of photogrammetry and effects other areas of the world as well.

Please use this wishlist topic to contribute to:

Slightly different thing here - happened yeaterday (19th October) but only at one place. The south west corner of The isle Of Man near Ronaldsway airport EGNS. Other flights in UK - as normal - no problems. It was a ‘rolling discoluration’ of either extra green or that purple tint. The phenomenon moved with my aircraft - affecting those squares near it (all round) but faded away as I left the area for the centre of the island and came back on returning. So it was a temporary colour change in t…

@SurlierRat06684, I have moved your first post into the above topic. You might want to cast your vote on that topic.

A post was merged into an existing topic: Improve blending of photogrammetry with surrounding scenery