This was originally in General Discussion, but now that there’s a known cause for the issue, I’m moving my post to the Wishlist section for votes. To Asobo, please enable the wet pavement effects when Live Weather calls for rain.

I’ve seen several screenshots that depict water on the ramp that reflects the aircraft above it. I have reflections set to Ultra, but I don’t get that effect. Which parameter controls this?

isn’t it the ambient occlusion that does that. Might also be the water quality setting.

Ambient Occlusion is a form of shadow. Think of it as the dark area under a plane when it’s cloudy. There’s no specific shadow, but it’s still darker. I already have that on Ultra anyway. I’ll try the other water settings…

Maybe ramp the precipitation up to the max and then set to sunny.I get it with the unreal weather mod.Don’t really get with live default weather.BTW there is really not a noticeable difference between reflections on high and ultra. 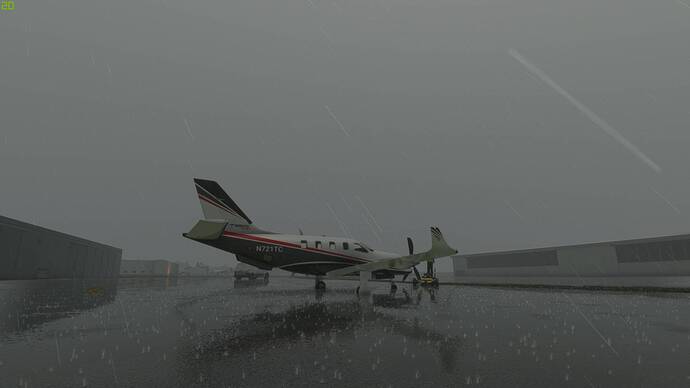 As mentioned live weather is the problem.

At the moment, anything beyond very light rain is not depicted correctly, regardless of what the weather engine is attempting to display. You can fly through extremely dense rain shafts, and while the visibility will reduce, there is still no rain generated. I imagine wet pavement is linked to medium/heavy rainfall, hence it is also not being displayed correctly.

Oddly enough, I fired up a flight today in the Swiss Alps and the heavy rain depicted with Live Weather actually produced the reflections! I don’t know if this was working all along, or if someone with the right access to the weather service managed to increase the rain volume, but I’m not complaining! 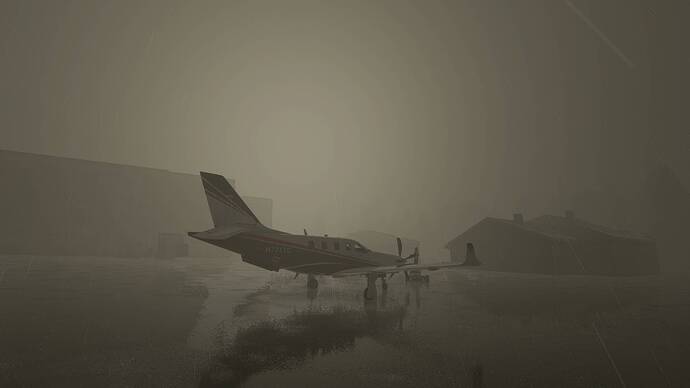