I thought I would take a detour from my norm, leave the USA back-country flying. I set “fauna” to on, started in Serengeti, flew over 50 miles low-level, and didn’t see one single animal. I then read from someones post that you have to go to the World Map, and do a search for Fauna. From the list you choose what you want to see, and it will give you the airport / strip.
I take from this that fauna is not randomly placed throughout the entire globe, rather that Asobo has placed certain animals/birds only in certain areas of the globe.

Only certain areas have animals and it’s very limited. Hopefully this is something that will come with time but it’s such a small feature that I don’t see getting expanded.

I think a lot of things we took for granted probably aren’t going to show up, if ever. It very apparent that all the Ms talk about using satellites and Bing Maps to cover the entire globe is off to a bad start, as some of the Bing maps are years old, and not up to date.
The question came to my mind, if you’re flying around in North America, are seasons going to show up, where trees change color, and or drop there leaves, or is everything going to remain “green” year around.

i think someone will create animal generation addon, and look how less scenery the more animals will, sure by nature areal of them, so in nyc you will see something like couple of pigeons and coast lines seagulls and same about elephants or bears, giraffes or orcas… same about global sea traffic addon, as this game can handle it, guys will add it

You could just manually dial in another date, and change the weather to something appropriate to the time of year and find out for yourself without waiting for winter.

It’s no good, everything is just as green in Januari, in Canada…
You can set a snow level but that just covers the ground, trees still green. 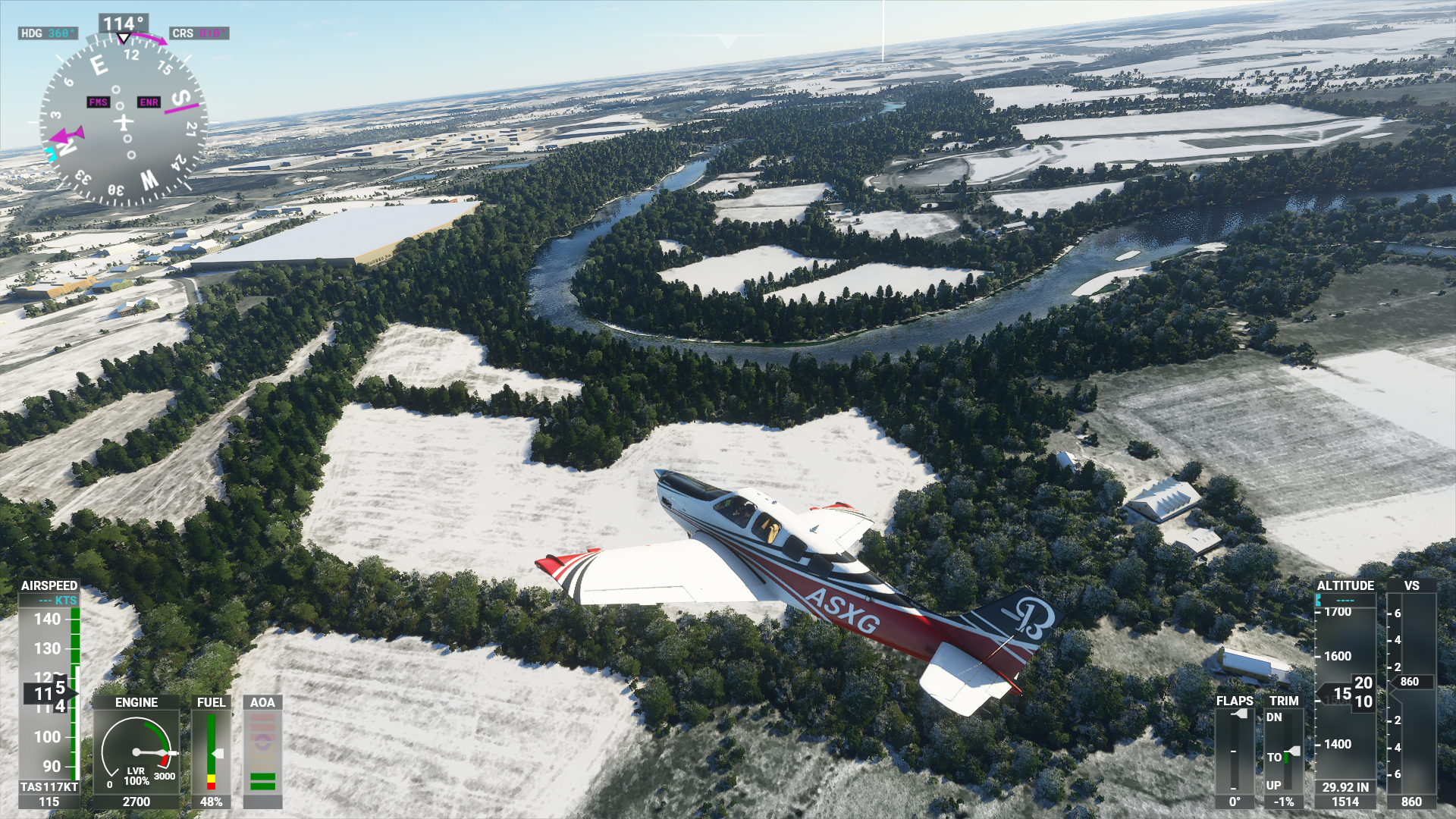 Very ugly, but they still have 3 months to add winter

I take from this that fauna is not randomly placed throughout the entire globe, rather that Asobo has placed certain animals/birds only in certain areas of the globe.

Correct. The dominant lifeform on the MSFS version of Earth is the tree, with the virtual pilot being a far distant second. Despite all the cars and cities, there are no terrestrial humans. And a distant 3rd place goes to wildlife, which are only in specific habitats shown on the World Map.

HOWEVER, those faunal markers on the World Map (which can be set as waypoints) aren’t exact because the critters roam around. Thus, you might have to patrol a fairly large area around a faunal waypoint to spot your quarry. You can speed this process up by turning on the Options/Assists/Navaids/Fauna Markers thingy, which will stick a flag on the ground in the general vicinity of where the critters actually are at the time (which can be a few miles from the waypoint). This makes is VERY easy to find the terrestrial animals. They don’t move fast enough to get far from this flag. But the birds are hard to spot even with this flag.