Finally able to play without ctd on Xbox actually

After 5 hours and after completely reinstalling the game without any mods whatsoever, neither planes no airports, I only redownloaded the world updates and planes from Asobo, with disconnections which sometimes forced me to empty the cache of the game as well as from the console, then gradually I redownloaded my third party planes and my planes only, so I’m almost not disconnected anymore, I no longer have a ctd, and I don’t have any default like flickering, at the beginning the textures were really not great, I nevertheless limited my cache to 18 and now the game runs satisfactorily and it is even rather very beautiful I must admit, what a pleasure to be able to fly again with my goose of big radial, I hope it helps some, I’ll give a feedback a little later to see if the game remains stable over time depending on the schedule, I don’t know if Asobo has done something in the meantime but now I can finally fly, oh and all my data setting are by default just the cache is on 18 the game is not perfect but not worse than before.
Sorry if my English is not perfect but I’m French I’m sure you understand what I mean😅
Console : xbox serie s
Server : west europe 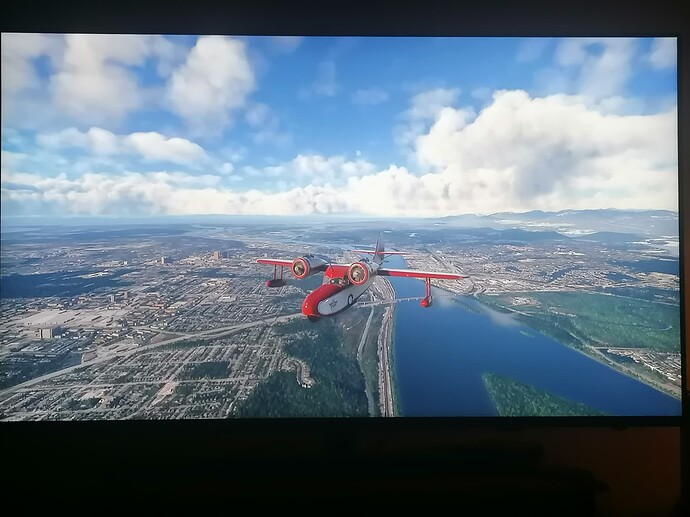 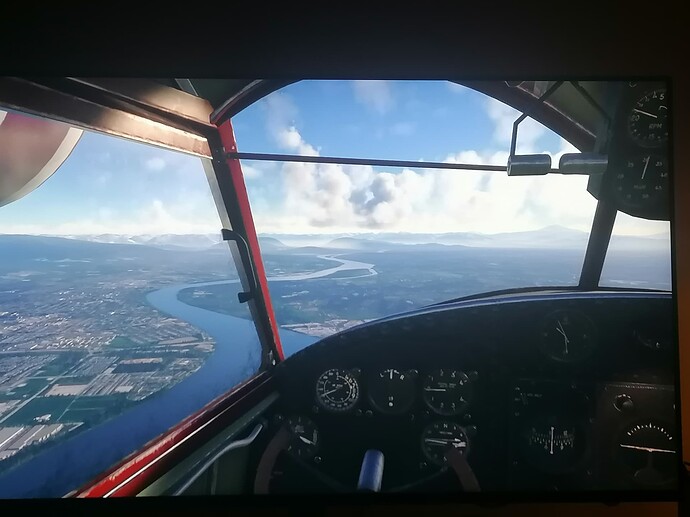 Someone needs to make a SeaDuck livery for it!

The game is still as stable as yesterday, only one defect persists, it doesn’t seem to save your progress, would part of the save be on the cloud? In this case I think part of the problem would come from there. 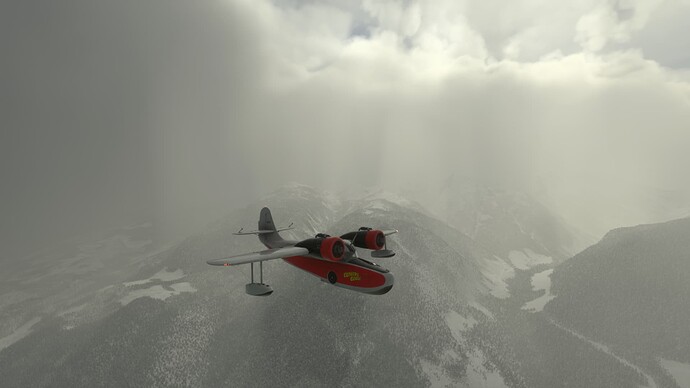 A reinstall obviously helped your set up which is good , but I have done the same but have not reinstalled any of my addons ,and it has had zero effect on performance so was a waste of time for me (xbox x).I mention this in case all other xbox users try the same reinstall thinking it is a fix ,it may work for a few which is excellent but I get the impression not for the majority who have tried it.

Have you tried to reinstall the world’s updates I think it’s related, my game was unstable before I downloaded them all, which considerably lengthened my installation because of these disconnections, I also noticed that the game decompressed my file sometimes and did not necessarily download the whole file I had to correct manually by installing the missing files one by one, you have two switches on the top of your download manager, one for the complete files and other for see their content, that how I’ve seen all the files was not completely downloaded

I’ve asked this question many times already, but I can’t understand how we can have the same console and see such a variety of different user experiences.

I think a part of the data we must download are stack on the cloud, if the cloud don’t work properly at the moment you download your game it should be problematic

I’m thinking (no way of testing) the major difference between users is peripherals, monitors and cloud connections. Oh one other thing that needs to be said – knowledge of correct use of the rules and methods of the game. I’ve falling into all the above traps. I have less issues today because I think I have a better understand of the game.
My process - I have an xbox x with a 1tb expansion card. I d/l, in order, a ‘clean’ copy of msfs2020. By in order I mean first the basic game then deluxe then premium. Then the various updates 1,2,3,etc. Again in order. Then I d/l the addons, mods, and planes. Once I have a ‘clean’ copy I copy all this from the internal men to external expansion card. This gives me a ‘clean’ copy I can move/rewind to when I have major issues with my ‘production’ copy.
By doing this I have learned a few issues about the game. It seems all modifications and settings of an individual plane is keep local ie your machine. The logbook and profile stuff is keep on/in the ‘cloud’.

I can confirm the following:

If you turn off the live weather, the MSFS runs significantly better than with live weather! Also, it seems that you should turn off “Live Traffic” to boost stability as well.

I was just able to play for about 4 hours without any CTD, both with planes and third party airports. The general performance is still not the best, there are still numerous jerks and also this “hang” when you go to the globe is still present (As well as many of the numerous other bugs - This terrible flickering in the windows, a “download” that ALWAYS happens after the start of the MSFS and just the very long loading time at the beginning), but you can use the MSFS so at least rudimentary.

I am still quite new to the MSFS, but I have heard the story about the SU5 or SU6, where the “live weather” has been virtually “destroyed”. It seems that with the SU9, the “Live Weather” is again responsible for many of the problems…

Or are there possibly problems with the access to the servers of the weather? Or did an “improvement” in the weather/clouds become rather a very big problem? Questions about questions… Which, unfortunately, Asobo/Microsoft will probably not answer for us. I would at least be happy if they would comment at all or announce a hotfix/patch… 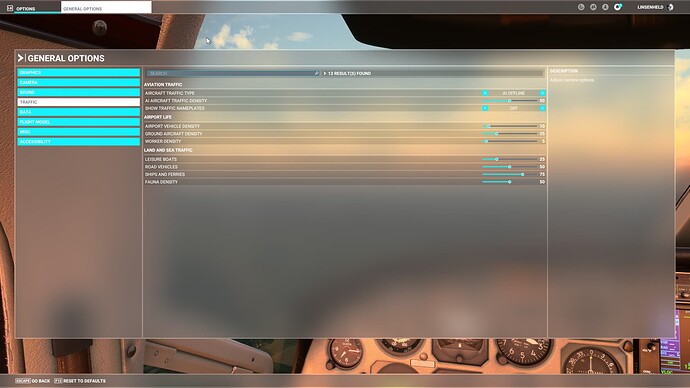 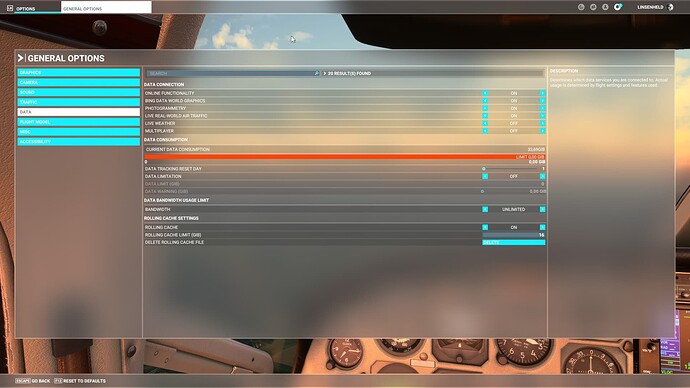 I can confirm it!

If I turn on the “Live Weather” again, the MSFS crashes as “usual” either directly after the start of the flight or a short time later!

It looks indeed as if the CPU of the XBOX would do something mighty wrong, with the request to the server of the live weather and/or the live traffic. Or it has been programmed something very unclean in the memory management with this access.

Was there no beta test for the SU9?

the major difference between users is peripherals, monitors and cloud connections

If I were a betting man I would put money on connection to servers being the thing to look at.

Try to shut off the photogrametry in data option, reduce the traffic to 50, that seem to work with live weather, live traffic etc until devs find a solution

Is the traffic slider for the airport life?

As using live traffic I think the slider is greyed out. 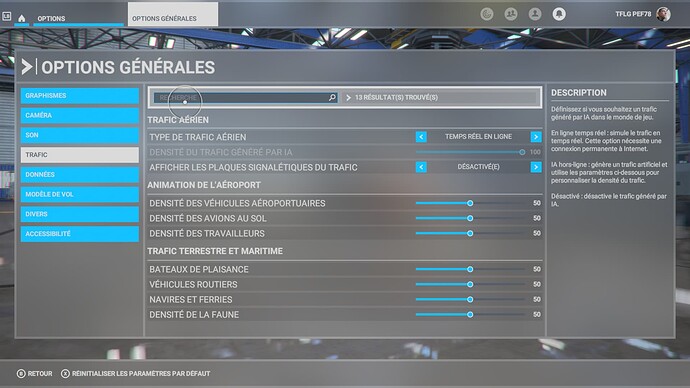 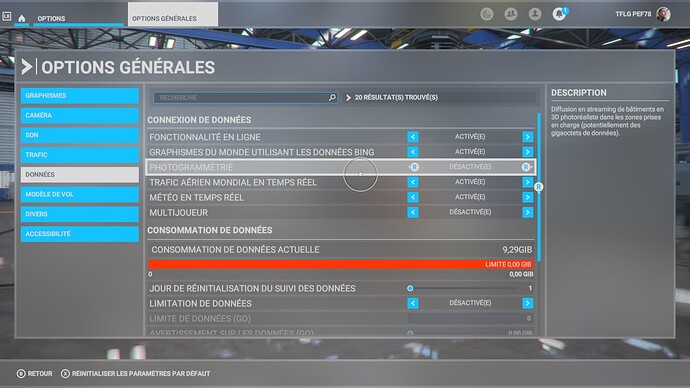 And in your data options empty your cache and set it to 16 or 18 each first launch, you’ll get a better experience

I almost think that it doesn’t make much difference whether the rolling cache is disabled or enabled, whether it is set to 8GB or 16GB, or whether it is cleaned up before each flight.

It’s still an urban legend that it runs better on consoles without rolling cache. I have not noticed any change in the stability of MSFS with respect to SU9.

What really seems to have helped me (TODAY!) is deleting the “offline data” (but you have to do that directly via the memory/game management of the XBOX OS) and disabling photogrammetry. Since then, the MSFS (TODAY!) actually runs even with live weather & live traffic with few restrictions and so far only a single CTD.

You just learn to appreciate the little things since the SU9.

I too have been having excellent flights since I turned of “Live Weather” as I have posted the last few days.

That is the only change I’ve made, still have live traffic on, photogrammetry on and all of my DLC installed (except for G1000 NXi which causes CTD). I’ve even been flying out Las Vegas with Fly Tampa installed and no CTD.

I went a step further after turning of live weather and purchased Sofly Weather Pro DLC to add in settings to use right away. I think it’s great.

It’s crazy that live weather has caused so many issues, hopefully it can get sorted.

I still have a freeze on world map though but at least I can now fly.

Here are a couple of shots from this morning . 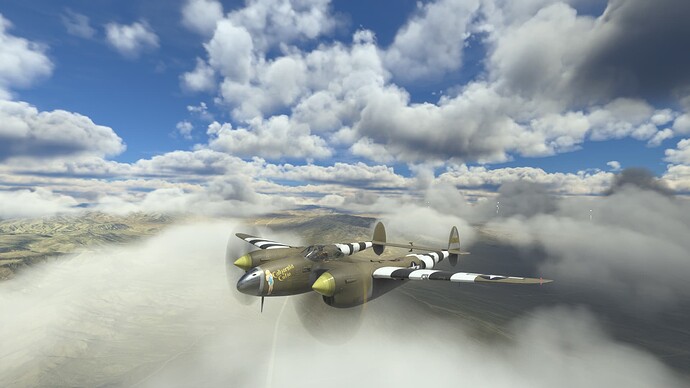 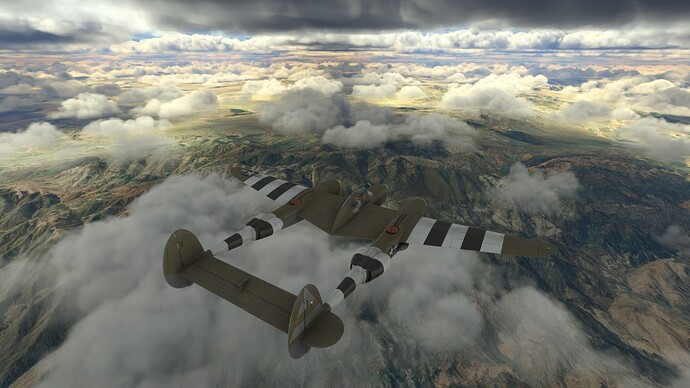 I also use SoFly weather Pro and love it. Great option to have…