Or at the very least test updates before making them live lol. Crazy to think this “update” was delayed for polish right?

leaving only this line [AERODYNAMICS] + [FLIGHT_TUNING]

Can you explain this? All under these headers? Delete all else? Only “lines”? Which “lines”?
This for the Beech Baron G58 & SR22

I point out once again that I promise nothing, they are just attempts

The flight_model.cfg contains many elements ([WEIGHT_AND_BALANCE] - [CONTACT_POINT] - [FUEL], etc …
some are clearly built on the model of the airplane, it is useless and dangerous to change them

[FLIGHT_TUNING] For those who, like me, have customized FSX badly, they know what I’m talking about, if you have no idea it makes no sense to touch anything

If anyone wants to try it, just lets you know how it went
At least I know I’m not crazy

And then as always
try, try, try
with every change you make

Not checked the 801 replies to this thread so I don’t know if this has been asked
With the “workaround” how are you able to implement this on the SR22? All of the files are encrypted and I can’t find a flight model file anywhere? Would appreciate any help at all

I will take at face value the stated reason it wasn’t seen was that QA was not looking for this type of change and therefore it wasn’t seen before release.

However that doesnt excuse the fact that it got in there in the first place (Development process allowing anything to go in without a discussion on how it might effect the whole game) and the QA process not having a simple flying check and saying “Hey this is different” (Its possible they did and was told its ok for release but thats not how it was stated publicly). I could tell first flight something had drastically changed flaps wise and not in a good way. As this is now happened with almost every patch I am at a loss on how the project process has not improved for these updates. I can see this happening once but you have post mordems - you discuss what went wrong and you improve…that doesnt seem to be the case here.

We released a hotfix for the A32NX mod shortly after the UK Update came out, well before Asobo announced the issue.

King Air is practically unlandable, it just won’t slow down, it’s mainly during appraoch you notice it, but take offs are automatic, no need to rotate.

I believe you are correct. Flap settings listed as the only issue is misleading and - to be bold - patently false, if my own flights post-update are any indication. The aircraft I’ve tried so far accelerate at a faster rate and climb performance is superior. In all but one instance (with the TBM) takeoffs have been entirely without the use of flaps. The TBM actually feels worse than before with relation to climb out. More testing is required, because the software crashed to desktop fifteen minutes after takeoff yesterday, and again ten minutes after takeoff this morning.

I performed a RESET from the Apps section in Win 10, which deletes all locally installed files. I am in the process of reinstalling this afternoon; we’ll see if that solves the CTD events I’ve experienced post-update.

With this software, patience is a virtue.

Got it - just placed the folder there and it seems to be working!

Does anyone know where to find this flight_model.cfg in a Steam installation?

You should find it for the other aircraft too in the folder:

Personally, I’m not touching the files in the standard package at all.

If anything, I’d use a mod that has the fix included (I think the C208 improvement mod has it already).

Use the flightsim.to community folder one I’d say, not worth manually modifying 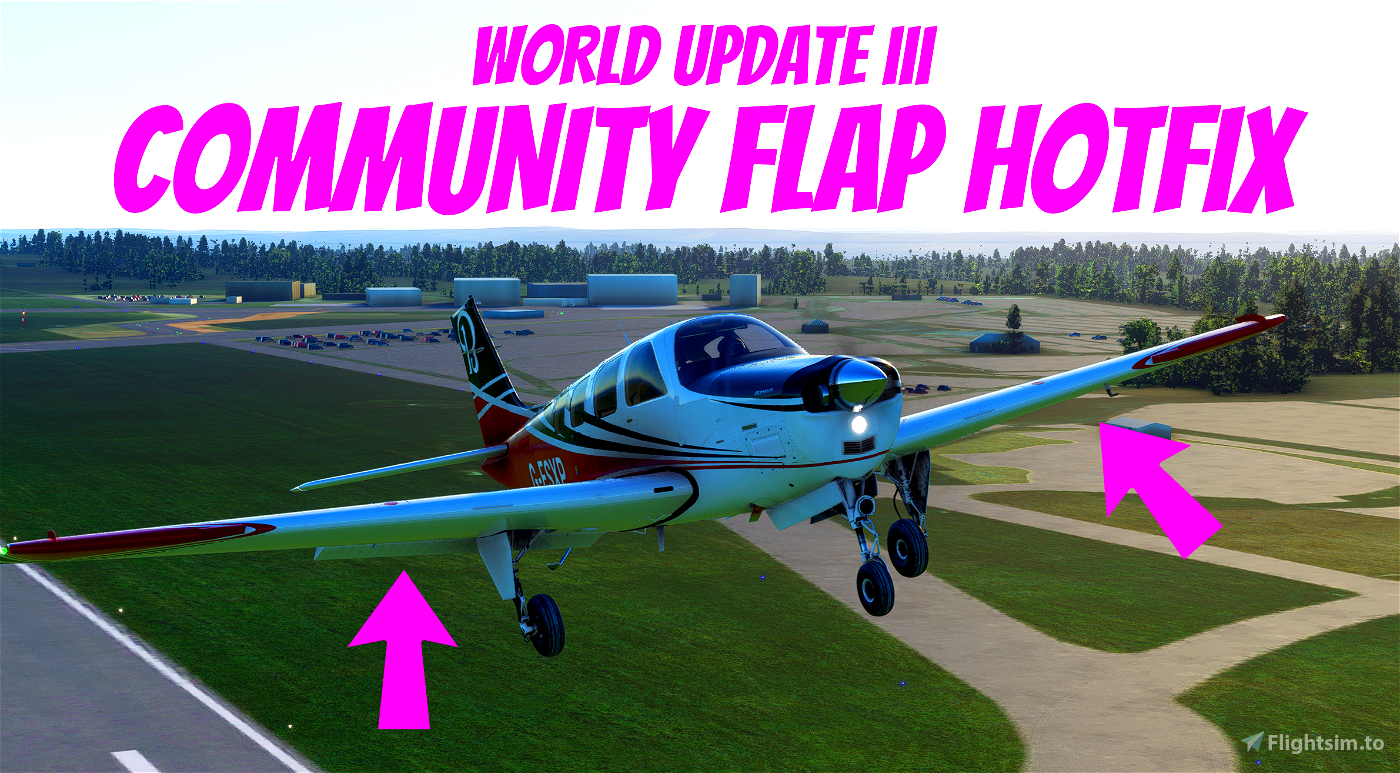 I think the guys here need to get an update out ASAP for everyone. We should not be expected to go under the hood to fix a problem that makes this SIM not work.