Yes that does sound like the best idea until a real fix comes. Thanks for reminding. This thread is a bit large, maybe the community fix should be more prominent somewhere.

I think the guys here need to get an update out ASAP for everyone. We should not be expected to go under the hood to fix a problem that makes this SIM not work.

So would you be happy to install a mod that made a working plane better?

I hope it gets fixed long before the next update…

Software engineering is an incredibly complex field with so many variables. There is not a single company in the world that has released a “bug free” product, no matter what their budget or skill level is. Look at examples from NASA, Boeing, Apple, Microsoft, Google and many others.

I’m not making excuses or defending, but that is just the reality. And I’m sure working from home for this particular field - which requires a lot of face to face collaboration and taps on the shoulder - has not made things easier at all.

Speaking as someone who did a lot of programming throughout my childhood, teens and early adulthood for university. Don’t touch it anymore.

Do I expect it to be completely bug free? No. Of
course not. That’s unrealistic. What I do expect however is some sort of professionalism from an AAA company.

I will take at face value the stated reason it wasn’t seen was that QA was not looking for this type of change and therefore it wasn’t seen before release.

But they have a change to the flaps behavior in the changlog for the update. So if they were changing part of the flaps code, wouldn’t that result in testing it, and catching this error?

Are the just changing things willy nilly without testing them? Probably based on our customer experience so far.

Are the testers being provided with test cases with sufficient detail to test the flight model? Probably not.

I do honestly believe Covid is affecting a lot of game development, there have been quite a lot of AAA companies releasing products that have been buggy.

That’s not a COVID issue, but a greed one. Nowadays some companies just want a fast revenue. And hype and preorders are playing in their side.

I’m not talking about Asobo, but for other gaming companies. But I also think the release was rushed for this sim and not polished enough.

please let us have the right to choose to update or not before we can enter the sim , look everyone’s sim just like effect by covid 19 and waiting for vaccine , Don’t force us to update the sim before we can fly. Right now the sim is worst then the previous version , how come??? This sim can cause us 100 more dollars and getting more and more frustration , that why there is alot of major 3RD party is not really going to develop aircraft for MSFS yet… think about it WHY?

It’s not the only thing they broke. 747 now with any flaps deployed for takeoff, it will not go faster than 180 knots until all flaps are in the UP position. Even at flaps 1, the aircraft will not exceed 180 knots.

e the sim before we can fly. Right now the sim is worst then the previous version , how come??? Thi

There is a temporary fix for this by editing the cfg file within the aircraft: Flight Dynamics Bug Details - Community / News and Announcements - Microsoft Flight Simulator Forums

Confirmed that the Baron has the same issue as the PA-44 on the ground: parking brake required to keep the aircraft in position.

I will say that the observation about floating seems less of an issue. The planes do float more, but heavens to Betsy you can absolutely grease your landings!

However, climb out is way out of the “normal” performance envelope for a naturally aspirated piston aircraft. The Baron does climb like a beast, but 150+ kts, 1000 fpm @ 20" MP? That’s amazing performance!

And it has nothing to do with flaps! 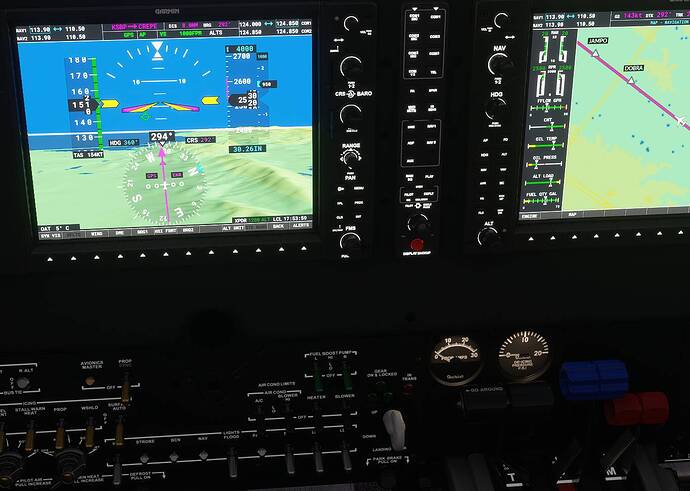 The visual 3D model doesn’t get used for anything.

how they abstract the aircraft to very simple geometric shapes that have nothing to do with the 3D model.

Disagree again. Use DevMod Aircraft Editor, Debug, Sim Forces to see some 10 force vectors. Fly stall, spin, snap roll and other aerobatics flight maneuvers and try to do this with FSX. You don’t have to believe me. You can test yourself.

That is correct. But try this: keep the wing_area the same but change the wing_span, say double it or half it. What do you expect? Try it!

The introduction of 3D geometrical information in the flight model through surface elements, as described in the previous paragraph, was clearly a first mandatory step toward improving the physics, as it has enabled the modelization of local phenomena. To better account for stall and all its variants (spin stall, deep stall, simple stall), each surface element has been enriched with a float parameter describing its level of stall. When reaching a certain level of stall, the behavior of the surface is changed using additional parameters so as to follow, broadly speaking, the behavior of a falling plate. Reading the litterature about airfoils behavior in stall configurations, it can indeed be shown that local boundary layer detachment leads to a very sudden change in the aerodynamical behavior of the airfoil, that can be assimilated to a falling plate. The interested reader is refered to this NASA experimentally based study.

This plate model is used in the new flight model to locally change the behavior of surface elements depending on local stall state. This local stall model enables to accurately simulate classical stall but also spin stall, which is intrinsically impossible with FSX non-geometrical flight model.

“We appreciate the passion we are seeing for this particular bug and your feedback on the situation is duly noted and will be passed on to the rest of the team for further consideration.” Hotfix the flaps bug now, not in sim update 3 - #99 by CapsLockDH

That’s the most tone-deaf response I’ve ever heard from a developer about a game breaking bug (I consider degrading the flight model on landing game breaking enough to call it game breaking).
It’s not passion either, it’s disgust at their inability to hotfix it immediately like any sensible product manager would.

“As this is not always easy to notice, and because this update was not supposed to be about the flight model, the issue was not caught by our quality teams despite all their efforts to avoid this type of situation.” via original post

This means their QA team doesn’t do full coverage test cases per release as a matter of course. That’s not encouraging on a lot of levels. It either means their QA isn’t big enough, or their processes ■■■■ donkey balls, or both. I can accept a complex sim having bugs, I can’t accept them not doing all they can QA wise to pick up issues - especially core functionality of the product - before a release. The release can either be delayed or problems documented in “Known Issues” (as they do already).

But to just not test things because the release “wasn’t about that” is incredibly bad from a software engineering testing perspective. You test standard functionality as a matter of course, every.single.time - even it’s slimmed down. Landing in all flaps configurations seems a bit of an obvious test case not to skip, at least on a subset of planes that exhibit very dynamic response. If it’s not possible to automate this (I think it should be doable tbh) and compare graphs of responses to detect issues, then at the very least farm it out to a group of pilots to run through a set of standard flight profile tests before you hit the big green release button.

I’ve been supportive of the rollout process and twitchy nature of MSFS up to now, given the complex nature of it, but seeing something like this slip through that points to a failure of basic QA practices makes me do a double take. 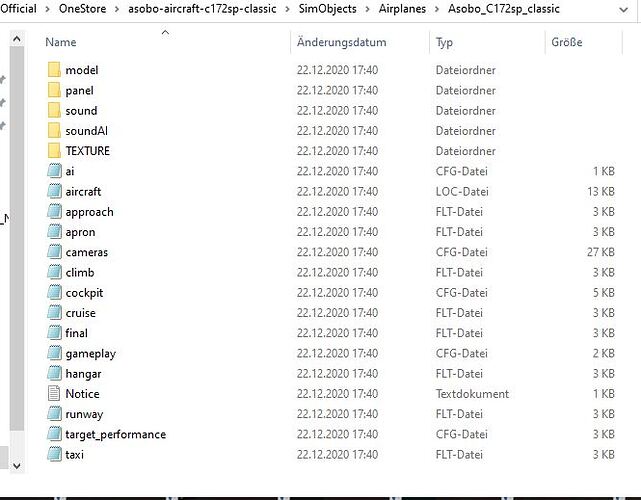 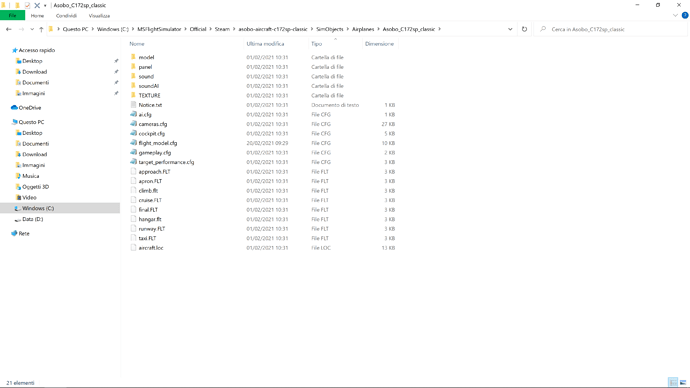 I would say that you are in the right place

Thank´s
and you see all these cfg. or more?
i miss the cfg.´s to fix this bug