Yeah, clearing Rolling Cache doesn’t do it. I have tried it several times!
Asobo MSFS should really look into how the finite number of objects, the lack of clearing cache/objects with them, and priorities has changed this game! I have also noticed that ever since they decided not to use the content.xml the loading of 3rd party sceneries slows the sim and results in significant stutters and I think that’s because of the lack of priority with those and the way they load up! Hope they look into this, otherwise they are limiting the expansion of the game!

Hopefully there is some motion on this. I just landed at LAX and noticed that AIG was still running but I couldn’t see any planes so I knew the stacking all in one place bug had occur. Sure enough. Only way to clear it is to leave the sim and come back in. AI is close to being good, but there are still a few more little bugs like this.

Yep! This to me is the biggest issue with AI traffic right now! Did you also loose lots of fps as a result?

just here to say that I’m experiencing the same albeit only when I’m doing a back-to-back set of flights (returning to departure airport). Tested at EGCC with FSLTL. FPS slowly degrades as I approach the stacked up traffic on the runway.

Yep! That’s the experience! I think the issue of not clearing up objects is bigger than AI but it’s for sure noticeable with AI. If you go back to any airport you will see the issue, so if you do multileg flights, every time you visit an airport for the 2nd time you will see the stacked up AI planes. 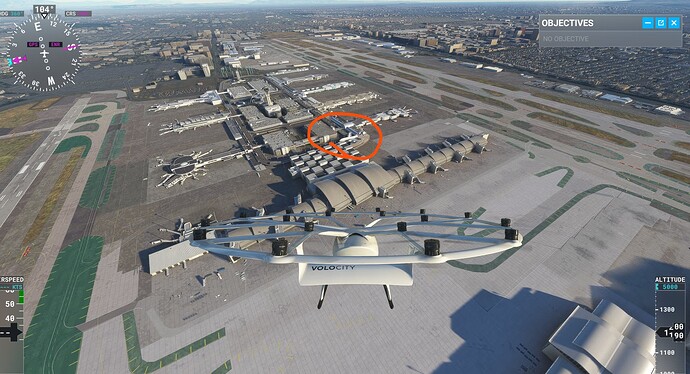 I concur, this is still happening. UK user, flight from EGBB to EGPH to EGBB. Frame rate took a significant decrease as approaching and then there was a stack of AI aircraft on the runway upon return to EGBB.

Yes, Hope more people vote for this. This issue has existed since SU10 and Asobo has not addressed it yet!

A post was merged into an existing topic: My World Map has a plane sticking out of it with spinning engines

Wonder if this issue also affects Just Flight’s FS Traffic addon as well. My guess is that it certainly does but would be interesting to know for sure.

That would be a great question to ask them! But I read somewhere that their system is outside of MSFS so maybe they are not actually relying on MSFS to do AI work! I could be wrong though…

I’m getting this with FSLTL. EGDH to EGDI and then back to EGDH. I think it has something to do with returning to Southampton. But I’ll try a few other flights later.