Flight from Bradley to Ohare, a320 neo ILS, RNav nothing works including taxi to gateway

Things seem to have gotten worse. Flite from KBDL to KORD. RNAV, GPS, ILS nothing works.
I have flown this flite over 20 times and since the release to today after several updates, it seems like control of the A320 has progressively gotten worse. From flying a straight GPS to any kind of landing, nothing seems to work, including AI following the taxi ribbon to parking. Comments please. 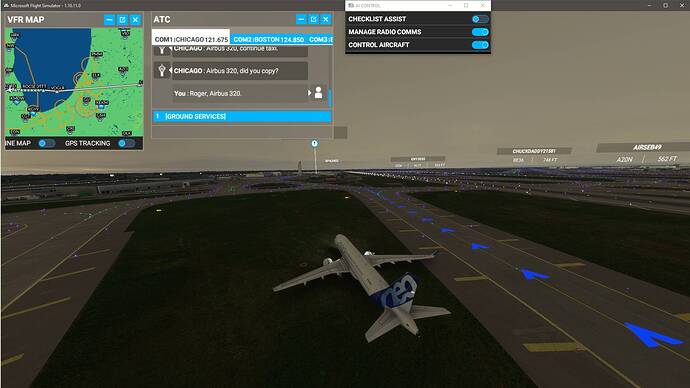 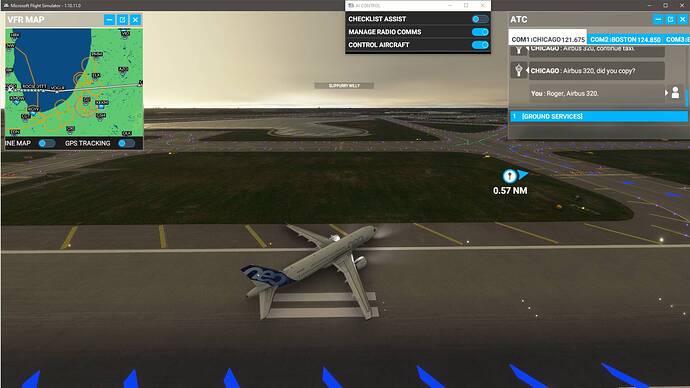 If you’re posting screenshots maybe post some of your settings not of their result?

I really can’t tell what these pictures are supposed to point out.

Edit: Aside from the fact that you’re running on the AI co-pilot. Which is generally a bad idea at the moment.

Just my experience that nothing is working correctly on the a320 from landing on ILS, to parking to the logbook. Just wanted some response from people that have found a degradation of the experience as I have. I was not having these problems when the sim first came out. From what I have read in here there has been nothing done to the jets in the sim to correct problems except for some adjustment to the radical porpoising
of the planes.

I will wait until a 3rd party aircraft comes out before I seriously fly ILS in the jets. I will just make due with being one of the many vfr pilots

I use autopilot or try. Dont use the ai pilot. Both are suspect. Hah

The AI co-pilot is useless and suicidal.

It also takes complete control of the aircraft (which is what it is supposed to do, though not the way in which it does so!) and will therefore ignore any and all settings you have entered.

It also ignores the MCDU flight computer…so don’t use the AI co-pilot.

I just want to say to you, I am local to KBDL my whole life. Are you also? I bought the KBDL airport add on. Anyyyyywayyyys, I have been testing the A320 by taking off 60 and landing 240 for a while. Just last week, the ILS stopped working. Yes, i have done the KBDL to OHARE as I have done that in real life, but lately no ILS is working.

I have had a lot of flights in and out of KBDL and also KORD. Hopefully the airport ILS and aircraft ILS will be fixed in tomorrows update.

Out of curiosity, did you buy the KBDL addon in the market place? I did, it looks pretty good. I was surprised you can cam into the actual terminal up to security. You can look at your own plane in at the gate from inside. I am not sure the ILS is 100% accurate, as all planes, not just A320 no longer does ILS approach correctly, or even tracking on the route…but so much about that already posted. BUT, I cessna around greater Hartford / Springfield being a very familiar area.

I wonder if the update screwed up the ILS in any market 3rd party airports?