edit: Perhaps it is because i use the IATA instead of ICAO code for KLM? But when i put in KLM i get a double KLM KLM1695 callsign 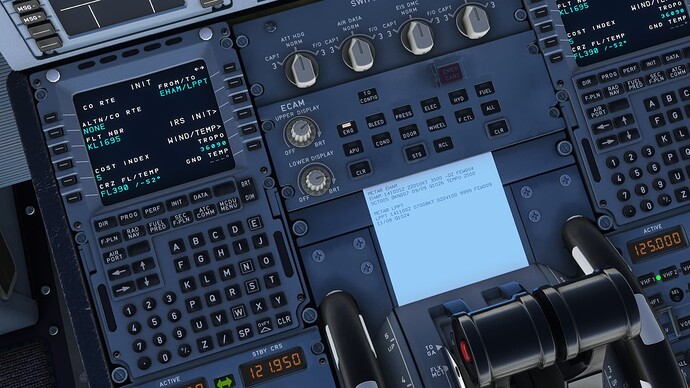 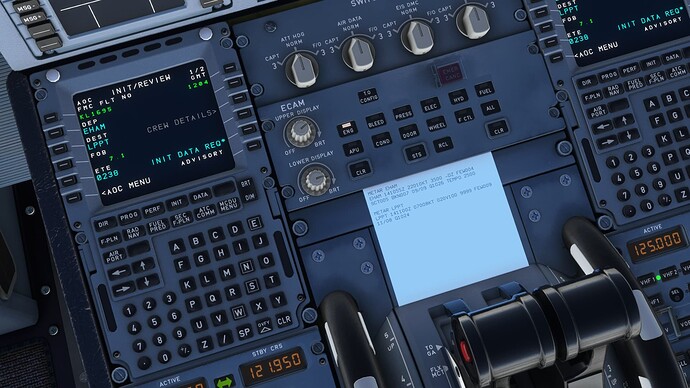 Hmm i now hear someone with the exact same callsign? Perhaps that is the problem. I have live weather and traffic on btw

With the new FMS route system, it no longer communicates 1:1 with the internal MSFS routing. That’s probably why ATC doesn’t know your flight number.

Yeah, i’ve read that. But i did have it as below. Perhaps i should switch that save button/switch before every flight?

How to Turn on Flight Plan Sync

Before performing an INIT REQ. or inputting your flight plan please follow the steps below if you would like to try and use the built-in ATC for your flight.

Ah what works for me is to let’s say use KLM as the callsign, and then only enter the flight number digits. It will then call you KLM 1695 of whatever.

After you press the INIT REQ button download the SimBrief data. You can change the FLT NBR field in the same page.

In your screenshot, from KL1695 that’s automatically loaded from SimBrief, you can just type 1695 using the keypad and press the button next to the FLT NBR to change it to just 1695.

Then after take off, your ATC will call you with KLM 1695.

Now i name the callsign in the world map,… but then ATC gives me a double name. So for instance here i’m KL KLM1695

But i also think the new update for FBWa320 is a bit off. I also cannot use the managed altitude mode anymore

but then ATC gives me a double name. So for instance here i’m KL KLM1695

After you have imported from simbrief, change the FLT NBR from KL1695 to 1695.

So MSFS ATC works this way when it comes to callsign: It combines two fields together (CALLSIGN + FLIGHT NUMBER). This is easily confusing because SimBrief treats them together as the same thing.

This callsign can be entered in the world map flight customisation page, or the livery’s aircraft.cfg under ATC_Airline field. And MSFS is using a fallback method in this case. So if there’s a blank Callsign field in the world map flight customisation page, it will fallback to see if there’s a default callsign in the ATC_Airline field inside the livery’s aircraft.cfg file. If that is also blank in there, then it will fallback further into the default aircraft’s aircraft.cfg file. In this case would be the FBW aircraft’s “Airbus” callsign.

So when you create a SimBrief flight plan, you entered an ICAO Airline code at the very beginning right (KL according to your screenshot. But it should be KLM as per ICAO code instead of IATA), and the flight number (1695). Once that’s done, SimBrief will combine both the Airline code and the flight number together into the callsign field as “KL1695”

When you import this to the MCDU, it won’t be treated as a Callsign + Flight Number. It would only be treated as Flight number. That’s why under FLT NBR field in the MCDU screenshot, it’s showing as KL1695.

Now remember what I explained above, that MSFS uses a combination of both CALLSIGN followed by FLIGHT NUMBER to make the entire ATC communication. So when you have a KLM entered as a callsign (again, it could be in the world map customisation page, or livery’s aircraft.cfg file) ATC will combine both KLM from the callsign field with KL1695 from the flight number field. So you get KLM KL1695.

The ATC will then grab this new entry, and combine it with the CALLSIGN field, into just KLM 1695.

Now, this change will only happen “After” you take-off. At the gate, the ATC will call you by your default CALLSIGN + FLIGHT NUMBER that you set in the beginning. Either from flight customisation page or the livery’s aircraft.cfg (the aircraft.cfg has also a flight number field that you can enter by default). To have a matching and uniform callsign throughout the whole flight. You need to set the correct callsign and just the flight number separately before you start the fight. Then make the MCDU FLT NBR edit once you finish importing the flight plan. And you should have a same KLM 1695 callsign by the ATC throughout the whole flight.

You can see me doing it here: 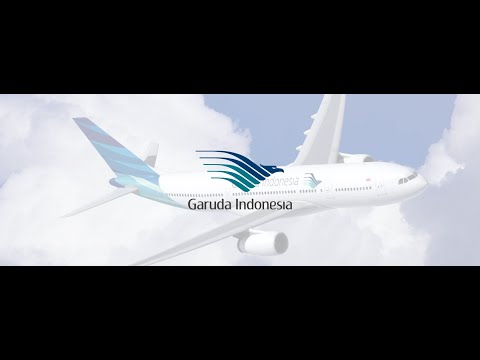 Wow, Thanks!!!
Through these posts i’m learning quicker and it’s very clear.
Again, thanks very much!

Have also this problem. Next flight I will try your fix