Figured I would ask the community given I have gotten so much help from everyone in the past! I have done some research on this myself but can’t find what I’m doing wrong!

Essentially, I create a flight plan, via simbrief, and fly it no problem in game. I use the FBW A320 developmental version.

My problem is I normally program the FPLAN page on the MCDU all myself. I have learned from tutorials and watching others on how to do it correctly. Inputting way points/SIDS/STARS/Airways.

For some reason when I check the ND screen and scroll through the flight plan to make sure everything looks good right around when the ILS approach begins the green route breaks. It’ll make like a half circle ultimately making me have to fly DIR to the next way point when I reach that spot in the flight.

I watch other videos and people program there FPLAN page exaclty like I do but there route is complete and doesn’t randomly stop.

Hopefully this makes since. If it doesn’t I’ll try and grab a screen shot and upload it.

Thanks for any help! 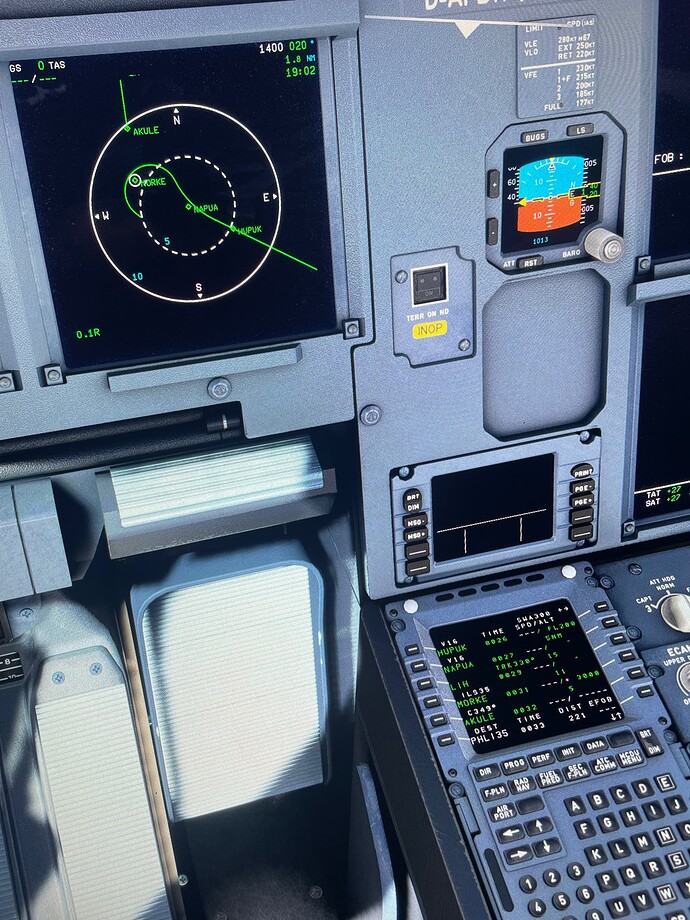 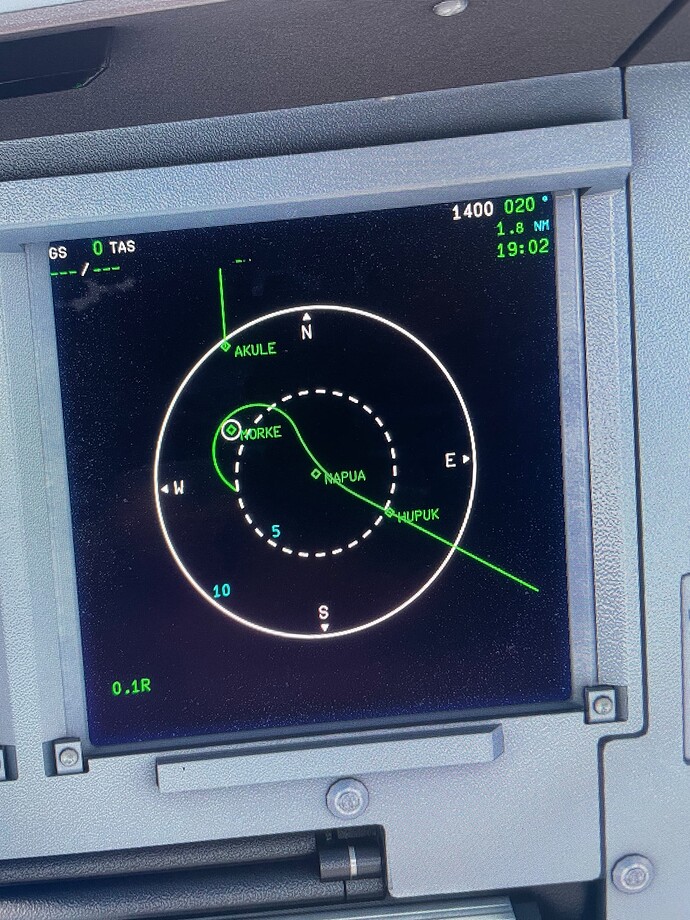 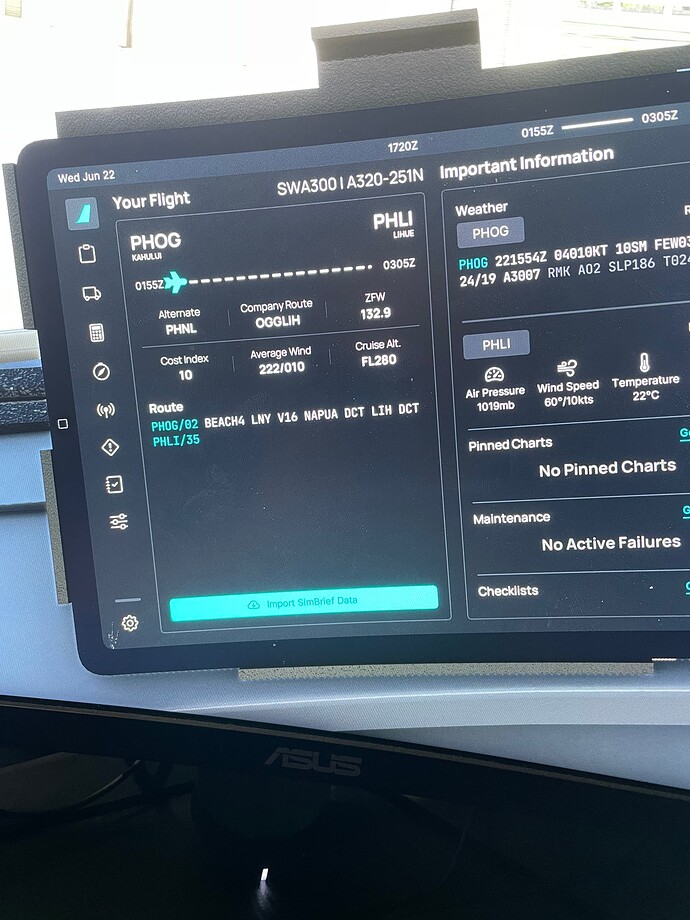 But if I delete the LIH from the FPLAN it then connects everything. I’m just curious to why it’s apart of the routing if when it’s added after NAPUA it makes the route basically turn around and end as the screen shot shows?

It looks to me,

LIH is problem here, maybe not exists in db? It can be like not same data, you did import fpl but you need to be sure to have also sim data updated. Check screens, where you have LIH? This is very common problem when you have not same data and you want import fpl from some other sw or planner.

Thank you for the help! How would I update the sim data?? Also yes this Flight plan is from simbreief and I just load it into the sim on the world menu.

You have with sim some nav data version already,

problem can be as i said, try check inside sim that problematic fix exists. If it exists then problem with aircraft probably. For better understanding, check one topic today about some NAV data problem, there is simple description of problematic.

as I advised, if you look at that nav fix you can see there ILS RWY 35 so then you can be sure where problem is and why that planner’s circle around

If you’ve imported fpl from some users db then i can only think about that what i think… This can be then easy to planner to do some bad steps.

Update: due some other problems with arr/app, can you be kind maybe tell us your steps? You’ve set arr/app manually or have set them inside fpl as defined? Maybe here problem also is.

You selected the wrong transition for the ILS35 approach (the LIH transition).

Coming from HUPUK, if you select the NAPUA transition, everything will be allright.

The LIH transition would require you to first fly to LIH then south to MORKE and make a procedure turn at MORKE, which is represented by the half circle you see.

Thank you!! I’m pretty new to all of this still and guess kinda confused why on my route generated by sim brief it showed “ LIH DCT PHLI/35”

And then I imputed the route exactly as I have learned my other tutorials (not sly don’t have any issues) but on this it appears like you said LIH is the problem.

I did a test and deleted LIH from the FPLN and it connected and got rid of the half circle. I guess my confusion is why LIH would even be apart of the Simbreif flight plan if was going to create that issue. But I suppose simbreif is more of a route planner not an approach planner.

Appreciate the help/input from everyone.