One thing a lot of people seem to forget is that if there is any opportunity for someone to do an A380, it’s now, not in 5 years, or 10 years. Older aircraft, especially ones with low delivery numbers, are already hard to find / reference. It is already hard enough to get details anywhere near the scale of accuracy we have for the A320 (for which the data we rely on is technically deep sometimes beyond comprehension - due to the A320 being popular, and lots of data being out there for it), now imagine in 15 years.

It is very fortunate that most of the A350 FMS was developed on the basis of the new A380 FMS software, and that the guidance and path computation algorithms were mostly backported to other aicraft, specifically, the A320, for which we have references. But nothing beats IRL access/references, without which we’d be in a pretty tough position to model the aircraft accurately to sometimes millimeter precision depending on the area.

If the A380 isn’t your type of aircraft, other developers are hard at work making other planes. FBW is part of a network of freeware developers that help each other out, and we are making our very best effort to provide everyone working on OSS Airbus aircraft with our software components such as the FMS, display fonts, EIS code, etc., as it is all open-source. We work with devs such as Synaptic Simulations, NLS and more to develop shared components that improve the experience for everyone and help other open-source devs get their projects going. You will get an A220, A340, A350 and more that meet your standards, so you can look forward to that.

But if you do look forward to the A380, you don’t have to fly it on 15 hour long routes. You can very well do a domestic flight with it for all I care… we don’t police how you use it! Does it really matter if an aircraft is popular IRL ? We respect those who stick to realistic operations, but don’t forget that this is, at the end of the day, for entertainment.

Yes, the original project for this aircraft (project gamma) was an A330+A340. Yes, we ended up doing away with it because it was too similar in systems/avionics to the A320 and no one really had motivation to slightly tweak some systems (cause that is the level we were at at the time

now, we’d require a higher level of changes from ourselves). But there are other devs in which we are fully confident working on those, and you can expect us to assist them in bringing the level of precision we ask of ourselves.

I’ve never flown on the A380 and I’ve been in love with that plane since I learned about it as a child, right around when it was being delivered to airlines. There’s luckily going to be just enough airlines using it left that I can probably make it on one during the next decade, but many won’t have that chance if they are not fortunate enough. And while this aircraft came too late and was never a success commercially, it is an amazing piece of engineering and I won’t let the A380 flight sim curse strike once again.

I agree wholly. If there’s ever a chance for any sim to have an A380 its now and I am very glad that Flybywire has taken up the decision to make this aircraft that no other serious developer has dared to make as of yet. And I am sure it will be an amazing aircraft to fly and the best ever A380 addon made for any sim so far.

While the A380 may not be a lot of people’s favorite aircraft for whatever reason, it sure holds a special place in my heart being always around the aircraft from childhood being in Dubai, and to see it made in the sim is amazing! You dont need to necessarily fly the aircraft on long haul routes - in fact Emirates flies the A380 from Dubai to Muscat and Doha around 15-19K feet with less than an hour of flight time.

I applaud the Flybywire team for taking up the task of making the A380 in the simulator and wish them the best of luck for their continued efforts, I’m sure the beautiful A380 will match the beautiful simulator that is MSFS

We haven’t had a high fidelity A380 in any simulator. Many people are looking forward to this. Nobody says the aircraft still has to be in development and flying irl for us to enjoy it in the simulator.

After all the Airbuses in development - with so many being A320’s - Asobo / FBW / Fenix and others apparently, I can’t wait for that 380. As far as I’m concerned I hope it gets higher priority from FBW, not less. No doubt a lot of people will hop over to the Fenix 320 one at some point, so the 380 will be quite exclusive FBW.

So 1 day after the last delivery (for now) the plane is outdated and not modern anymore? the concorde stopped being flown 2 decades ago and its still superior to todays jets (speedwise)

The 320 will not be de prioritized at all. It doesn’t make sense from my point of view to work less on something that has so much potential.

To be clear, I am not saying that the 380 doesn’t have potential, not at all. I am saying that the 320, as it stands and as it is a much smaller, popular plane based on an older systems architecture, is an aircraft we can bring to incredible levels of realism with the current documentation and data we have on it. The 380 will be very high fidelity, don’t get me wrong, but intricate details such as circuit breakers, data transmission protocol simulation, maintenance systems and such are not likely to be included, at least in the foreseeable future.

I think it would be a shame to compromise that, personally.

It’s a potty but due to lack of documentation it’s a fact we have to accept. But I just wonders for a brand new, current gen airplane I understands trade secret wise of stuffs but since A380 is out of production, is it possible for airbus to provide some kind of support on those systems documentations so as to make it a virtual museum version of the A380? I know FBW being a freelance kind of team is difficult to contact and negotiate with airbus but if it’s possible to contact MS to help bridge things up?

is it possible for airbus to provide some kind of support on those systems documentations so as to make it a virtual museum version of the A380? I know FBW being a freelance kind of team is difficult to contact and negotiate with airbus but if it’s possible to contact MS to help bridge things up?

In my knowledge Airbus has never provided documentation to any flight sim developers, licensed or not. Except for commercial simulators for training.

Hey sport.I very much want a A340 5 or 600.Haven’t made those for years.I don’t look at them as obsolete.More a fine vintage jet airliner.As the A380 will become.

Right, it’s sad but maybe somehow worth asking once and see if they feel something need preserving in A380?

Thanks for all your hard work :¬)

I have said multiple times, that without the A32NX I would not have flown the A320 even 10% as much as I have, and look forwards to the A380 almost as much !

Yes I really enjoy the a330 from PMP at the minute aswell.

And? Does it matter? The A380 is a beautiful plane among passengers, it’s the operators and Airbus who are retiring it because it doesn’t make economic sense to continue operation (however some airlines will still continue to operate it in the future). Passengers, and presumably flight simmers like you and I still love the A380. I’d much rather fly the A380 over the 747. Perhaps over the A350 too. But diversification is good, what I mean by that is that it’s good to have a wide variety of aircraft to choose from. Kinda like X-Plane 11, P3D and FSX.

Well said. And in a sim game I would say more fun is to difficult to fly aircrafts. Ones who were plagued with all sort of trouble or disasters or real life draw back!

To name a few: Concorde with the annoying sonic boom and extremely inefficient

L1011 which are too advanced for the time they are produced

I believe the OP can make his point without any need for others to say his opinion is “ridiculous”.

I do not agree with his point of view though, the A380 is probably the plane I would love to see the most in the sim, it is a plane that will still be in the skies for at least a few decades more, and it is extremely modern compared to most planes nowadays, the only reason it is being discontinued is because its fuel efficiency and its large capacity (it is difficult to run any route at 100% everyday with that many seats). 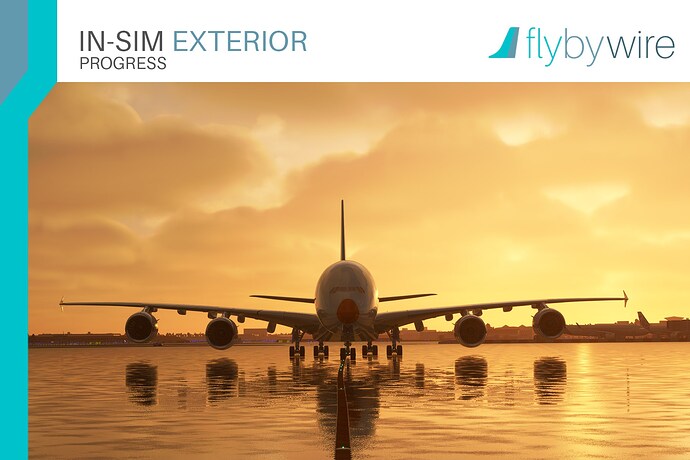 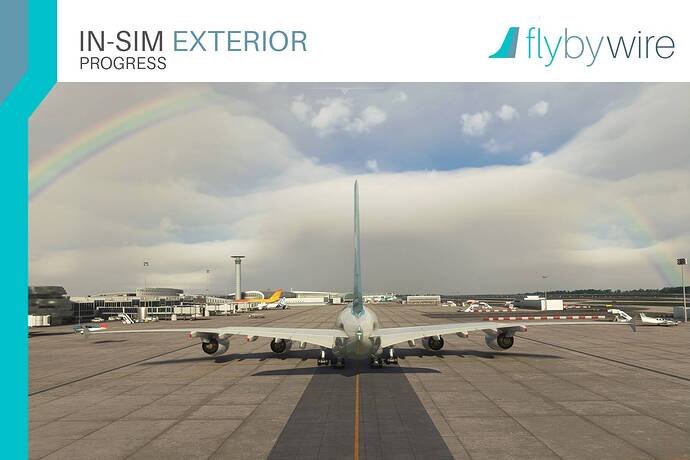 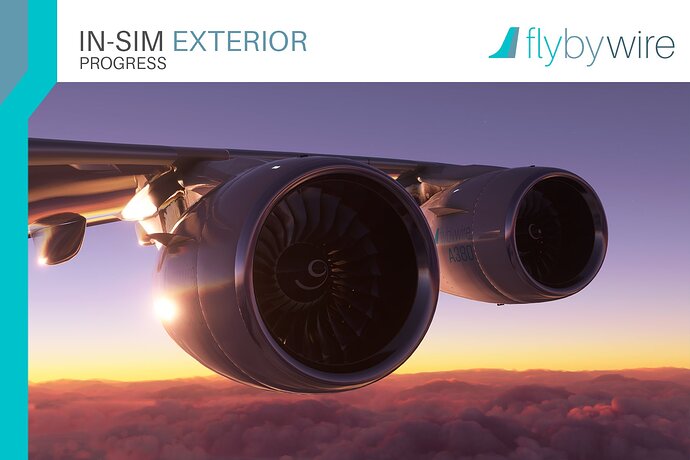 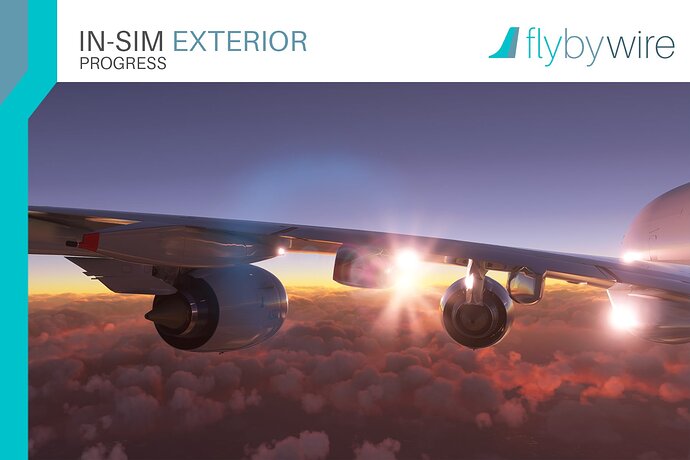 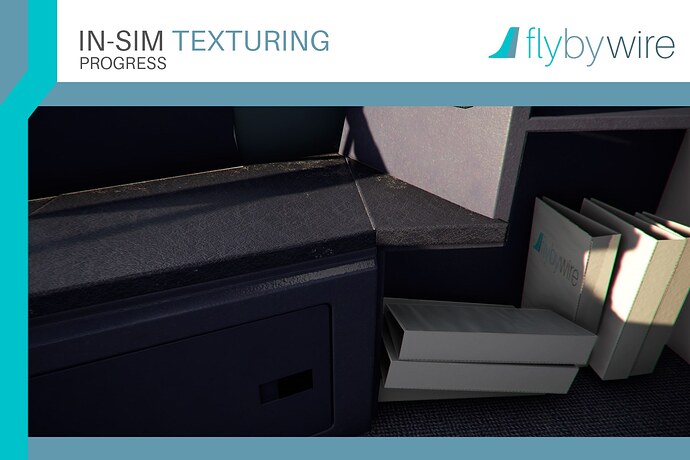 I forgot how massive the vertical stabilizer is on this beauty.

I’ve flown medium haul twice in Emirates business class on the 380. My best flying experiences. Can’t wait for this.

Anyone want to put a guess on time lines for release?