Ohh this looks amazing, can’t wait to fly this baby… I’m just a bit sad that the A380plus never made it to production irl. Because that would look awesome in MSFS…

Oh yes, I saw this on their Discord. What a beauty. Beats the 747 anytime imo.

I would bet on Q1 2022 for an alpha, maybe beta. These guys are professionals, they are not rushing it, and I love it, but the work seems to be advancing at a pretty good pace, and from what I have read they have been able to re-use a big chunck of the programming they used for the a320 (that is some good programming).

Yes the wait is definitely worth it! If its anything like A3NX ill be very impressed!

Cant wait for the A380S (specials) line after initial release: 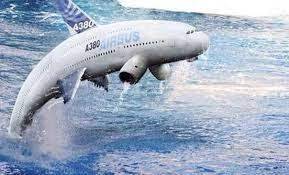 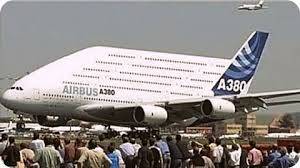 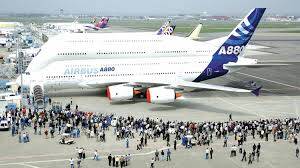 Those images are cursed

A bit off topic but I’m really bummed that A380 is being discontinued. It’s an absolutely amazing plane to fly. The comfort is unbeatable, and being so large the turbulence doesn’t affect it as much as smaller planes. It’s a joy to fly. Too bad that the pricing, fuel requirements and airport infrastructure isn’t quite there to allow it to flourish.

Emirates still has 119 x A380 in fleet and slowly get back to work since the pandemic restrictions are getting looser. Hopefully we can fly her in MSFS before the last EK A380 goes retired!!

I also hope that MSFS simmers will not try to land her at some airports like Lukla, Saba…

I also hope that MSFS simmers will not try to land her at some airports like Lukla, Saba…

You know they will

A bit off topic but I’m really bummed that A380 is being discontinued. It’s an absolutely amazing plane to fly. The comfort is unbeatable, and being so large the turbulence doesn’t affect it as much as smaller planes. It’s a joy to fly. Too bad that the pricing, fuel requirements and airport infrastructure isn’t quite there to allow it to flourish.

100% agree, I flew in it in a Frankfurt-Japan flight and it was amazing. Chairs had little padding, but the space was great, the plane was silent and vibrations/turbulence was barely noticeable. It's coming back: The Qatar Airways A380 - Live from a Lounge

Qatar Airways is all set to bring back the A380 aircraft into service, after having written it off and deciding that it was not going to be a part of the airline's fleet anymore.

Sorry man, that’s exactly I planned how to fly it, in the iconic Hong Kong Kai Tak airport, in local USA airports and gibrator

2 of the A380 from Singapore Airlines went to the scrap yesterday.

Flying the biggest passenger airliner ever is cool and has unique challenges.

The A350 might be newest/most modern, but it’s a mid-sized, dual engine plane with even more systems that do all the work for the pilot. Huge yawn and zero interest in my part. But that doesn’t mean some people aren’t going to love having one!

So, that’s why they’re doing an A380. It’s a big market made up of very different people with different desires. Some people don’t like flying military planes in MSFS, but I’ve had way more fun flying the Banshee low-level over a lake than I ever have had replicating a VFR flight realistically in my Just Flight Turbo Arrow. But some people have zero desire to do the crazy unrealistic Banshee flight and take great joy from the Arrow’s realism. And I’m way more interested in recreating a flight on a hot day in a 727 than I am in punching in FMS stuff so an A350 can fly itself.

To each his own.

TL;DR - In a few years, the virtual skies will likely have all the tubeliners. If your favorite comes later in the list, it’ll likely have even better system than if it comes next.

What about Antonov An-225 Mriya? It’s a very analog aircraft with 6 engines.
Or the stratolaunch. Try landing that aircraft to Courchevel. Hahaha.

I think the 380’s main problem is that the industry has changed, and they aren’t profitable for carriers because they can’t fill them anymore (assuming they ever could). So outside of special cases, like ferrying pilgrims to Mecca for the hajj, nobody ever needs the capacity that the 380 provides and therefore won’t pay the premium for a jet that size. (And there’s the special gate/parking accommodations that need to be present, etc., that also raise costs.)

It seems like Airbus are concentrating on the A350 as it’s more fuel efficient. By the time Flybywire has released the A380 it will be obsolete. Yes it’s still being flown and will be for quite a few years but it would have been nice to have something more modern and currently in production like the A350.

Also, it only got a brief mention once uptopic, so in case you aren’t aware, Digital Flight Dynamics is doing an A350 that looks quite nice. Still going to be a while, but the details look great. 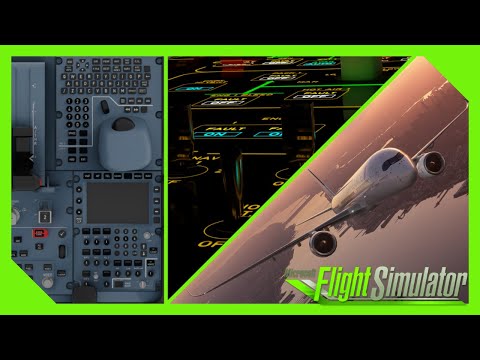 I think all complex aircraft systems will take a while to develop and accurately simulated. So either Digital Flight Dynamic’s freeware A350 or the Sim4Flight payware A350 would probably take at least one more year (or more) before they’re ready for release.

That being said, it would be nice to make the aircraft to be able to do a basic flight plan, the prep, takeoff, climb, cruise, descent, and approach and landing phases and just release them as is as a pre-release. I don’t think we need other things to be accurately simulated like hydraulics, or electrical, or even instrument failures as a first release. As long as we can start flying and doing the whole phases without issues, I’d be happy with it, rather than waiting longer while they continue to add more features to the other aspects of the simulation.

And then they can continue like how the FBW team is doing it. Releasing feature updates regularly to make it as realism as possible, but at least we can still do a full flight without them.

I wouldn’t mind being a beta tester if I can get to try them early, though.