Using a PC with mouse.

This is a question not a bug. I’m able to get in the Flight Plan and able to toggle to the altitude entry. When I get to an altitude set at say 12345. The cursor automatically chooses the first number (1) is highlighted. At first, I couldn’t get the cursor to change position and then finally have that working. I cannot figure out how to delete or add positions. Instead of an altitude of 12345 I want to be able to remove (1) or (5) or simply to be able add and remove positions. Altitude (2345) or (1234) etc. Can someone please let me know how this is accomplished in the Garmin 1000?

Use the FMS inner knob to adjust the individual digit value and the outer knob to move between the digits.

Sorry, I know how to adjust the numbers and I’ll add a screen shot of exactly what I’m talking about. The flight plan glitched this time then adds numbers to the altitude that cannot be 0. I had 7500 originally set and the program automatically added another 0 which I cannot remove. So now I have 10000’s when I want 6000. It’s an active flight plan that gets messed up because of not being able to remove the added 0’s. It gives you 1 through 9 on the first number if adjusted and no way of lowering the altitude that I can find. I’m probably doing something wrong here. lol See attached screen shot with the glitch… 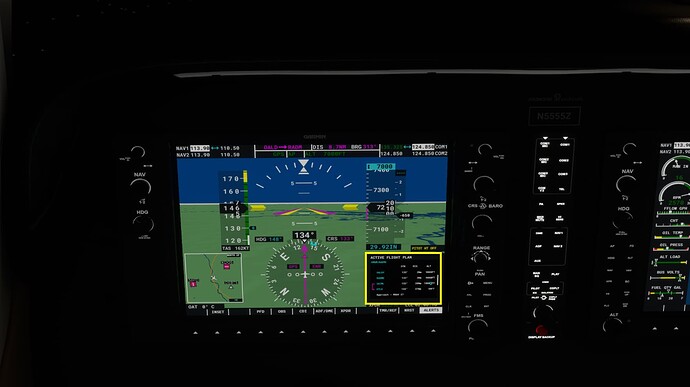 That’s not the Nxi by the looks of it so I can’t help. I only use the Nxi and it has worked fine every time I’ve used that.

Thanks for trying! It may be an actual bug not allowing the 0 because all the other numbers do allow 0. I’ll look at some videos on creating the flight plans again and try correcting it before submitting it.

It’s a bug when trying to adjust on the pilot-side but works correctly on the co-pilot side. Thanks!

You appear to be using G1000 stock or G1000 0.4.0 from Working Title. The latter is heavily deprecated. The former lacks much functionality.

Please consider installing G1000 NXi from Marketplace. The code for this version will eventually become integrated into the sim, but for now operates as an Add-On.

Thanks for the tip! I’ll look into that. Here is a screenshot of the change on the co-pilot side that allows a 0 on all the numbers. 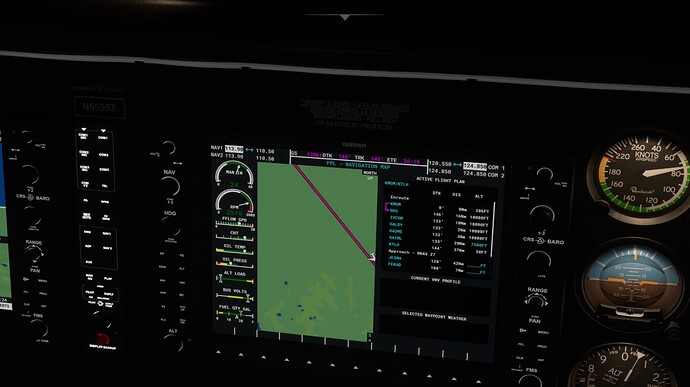