When either the G1000 NXi MFD or PFD are popped out into their own window, the instrument is rendered with black bars on either side of it instead of using the instrument’s native 1024x768 resolution. This was a regression introduced with the 2nd SU10 update after a different pop out bug was addressed that prevented the game’s “multiple window controls” from being clicked. This causes the instrument to become misaligned with physical buttons when the popped-up panel is moved to a secondary monitor w/ physical G1000 controls.

This is the incorrect rendering with pillarbox columns. Note the oversized non-client area controls, and that the lower portions of the G1000 UI are truncated in the window: 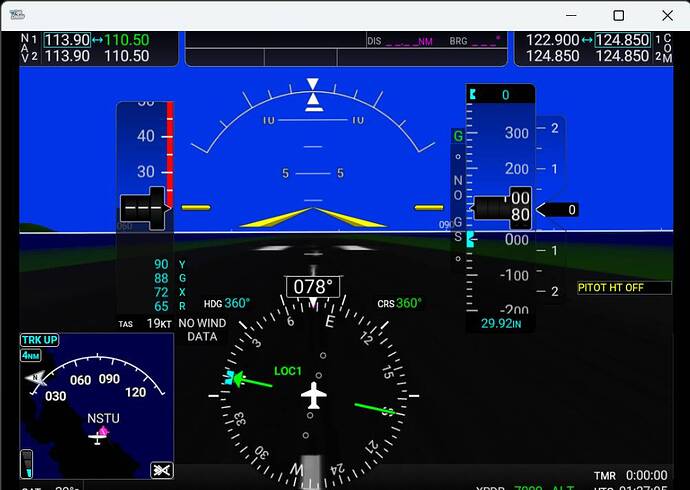 This is how the popped-out window should look when rendered correctly. Note the smaller client-area controls and lack of pillar box bars: 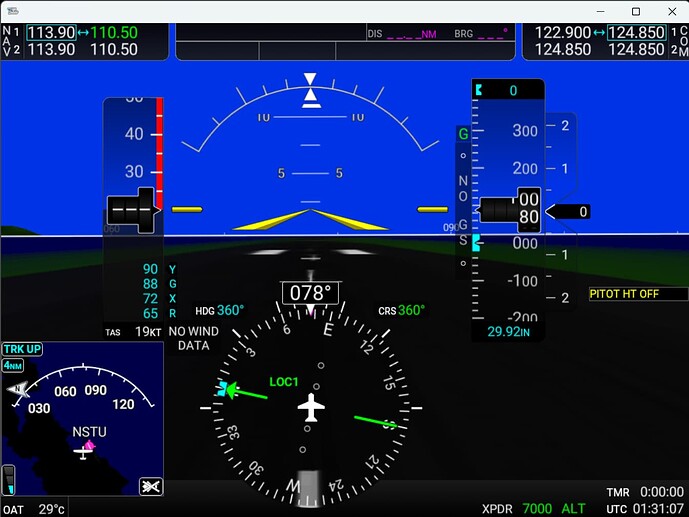 Adding to the original bug - it seems that when both the MFD and PFD are popped out, whichever was the first to be popped out is rendered into a window that is smaller than the other even though both instruments are the exact same size (1024*768). I think this causes MSFS’s pillar box rendering logic to kick in and cause the unexpected rendering. 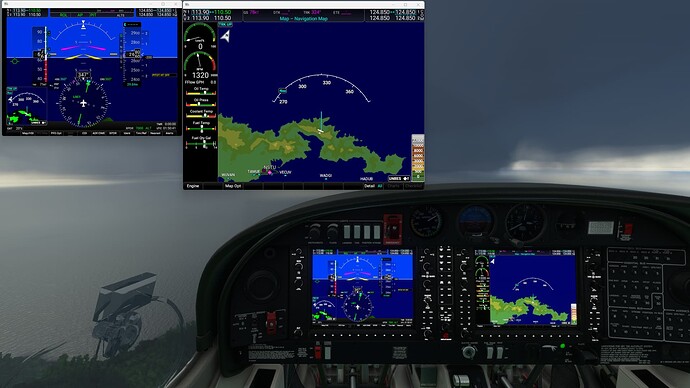