Flew many GA airplanes but was only a passenger on a real Bonanza A36. Took it for a flight, Full fuel only pilot and passenger on board, while stared descent to landing noticed the plane got some very strange and excessive sink rate of 1000 FPM.
Is that legit ? It seems a bit too excessive to me considering the approach speed, the half empty plane, and fully configured. Does anyone can shed some lite on it ? 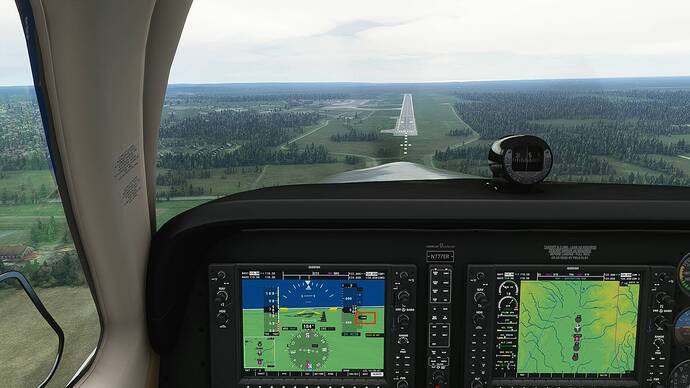 I fly 2007 G36 Bonanza. Yes, it sinks like a rock. At idle, best glide is 110 kts and it will come down at 1,200+ fpm. I did three legs today for a business trip, and on one I tried doing a power off 180 to the landing from abeam the numbers for practice and you better be in tight and better immediately turn directly for the end of the runway, because it’s coming down really quick with no power.

As a former IRL Bonanza owner: yes, at 10" MP and <80kts as shown on your screenshot that descent rate is quite realistic. A Bonanza is NOT a C172

Have you tried Rob Young’s Turbo Normalized Bonanza? I only have a few hours in a 172 in real life, but to me, it responds better than the default. It feels more realistic.

Wasn’t looking into manuals but what is a realistic pitch speed and decent rate on that plane ?

Tried to understand a little bit more about the bonanza pitch / power / performance through watching actual youtube videos of instrumentation on the A36/G36 Bonanza, and still the conclusion is that sim dynamics are incorrect regarding to wing lift. In the next video I captured 2 guys flying downwind with FLAPS selection 1, straight and level towards base :

87 knots, 5 degrees of pitch to maintain straight and level with first flap selection. 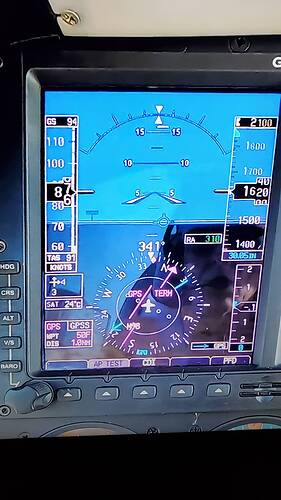 I tried to recreate the same scenario with 2 pax, fuel, speed, and flap configuration in the sim and got the point ! 2 to 2.5 degrees nose higher in the sim, 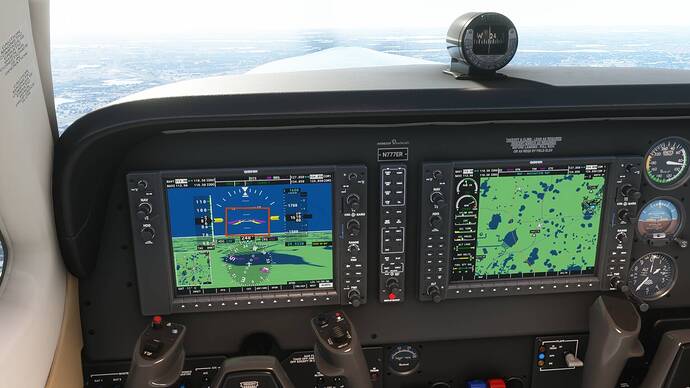 So something is a little off. 2-2.5 degrees in pitch can be significant in some cases. That’s not the only plane that i found suffers from this issue. Other GA and Jets including the A320 (that i’m actually flying) has pitch power performance mismatch as well.

It was strange feeling landing a GA airplane with pitch up like a jet with spooled engines to maintain 3 degree slope. I hope this performance issues can be addressed by ASOBO.

Have a look at our G36 improvement project. A great team worked on it along with some real G36 pilots

This is the improvement project for the MSFS default G36. It all started as a simple edit of some configuration files but it has since grown into a fully-fledged modification that improves all aspects of the default G36 and introduces new features. This was made possible with the help of the community consisting of both enthusiasts and G36 pilots (for a list of contributors, see the end of this post). Current version: 0.61 HOTFIX 0.61 fixes autopilot offsets in some situations such as ILS ap…

Will sure do.I’m upset that I got the premium deluxe and the flight dynamics of these planes is not good.

Hello @InboardBench419
The pitch would vary slightly with differences in temperature and pressure. I noticed in your two screen shots that it was 13c colder and had 12" lower pressure in the sim. Of course the lower temp and lower pressure contradict themselves with regards to lift and pitch, but what I’m not sure about off of the top of my head, is would that lower pressure have a greater effect than the lower temp? If so, the 2.5 degrees could be plausible.

I would also encourage you to upvote the question I posted for the sim developers here:

Currently, the only way to mod a premium deluxe aircraft is to build new config files from scratch. Could you create an option that allows premium deluxe purchasers to mod their aircraft in a way similar to other successful community mods like the Working Title CJ4, FlyByWire A320X, G36 Improvement Project, etc?

Third-party modders have been able to greatly improve the base airplanes (like the Bonanza Improvement Project that @CaptMatto mentioned above). Currently, the premium aircraft are encrypted, so they cannot be modded. This includes the Cessna Citation Longitude, the Cirrus SR22, the Beechcraft Baron G58, and several others. I would like the developers to consider allowing the premium planes to be modded in some manner.

@InboardBench419 to your other post.
Asobo had stated many times that they are looking at the flight model closely and will be making improvements. They also stated in their last Q&A that they even brought on additional real world pilots to help with the flight models of all of the aircraft. So hopefully we will see some improvements here soon.

I really hope because if you can’t edit yet the flight model is a joke then paying for premium deluxe was not worth it.