Getting into trouble with the weather

It was a simple hop from Miquelon (LFVM) Newfoundland to Sydney (CYQY), across the water… about 185 miles. 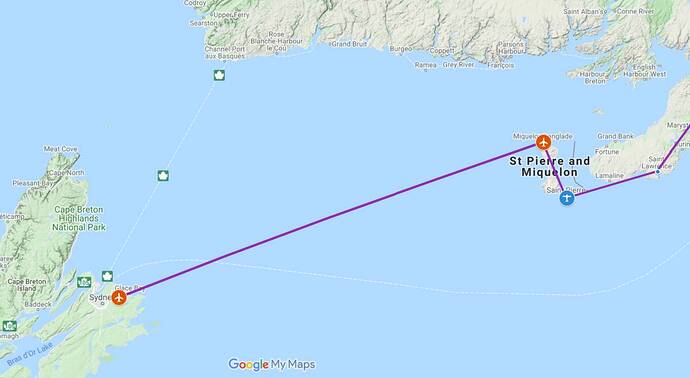 As I prepared, I could see the weather and reports said some high level clouds, nothing notable, and it was a beautiful morning as I refueled and prepared at Miquelon. 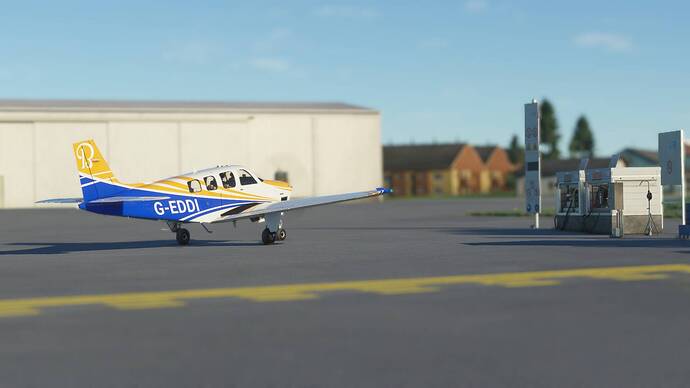 It was a quiet, uneventful takeoff, with lovely views down the coast. As I climbed, I said goodbye to Newfoundland - a stunning place!! 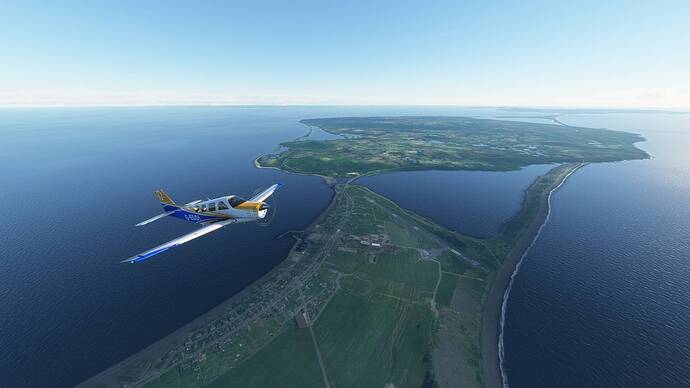 As I climbed and headed out across the sea, a few clouds emerged in the distance and flying through one particular cloud iced my windows quite significantly. It thawed nearly as quickly as it appeared. 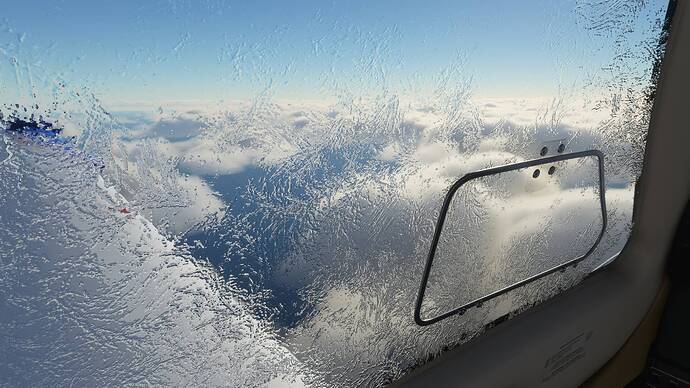 This is where things began to change. On the horizon, I saw what looked like an enormous weather front. “Oh, it’s ok”, I said to myself, “I’ll be able to pick my way through the clouds - the reports were favourable - it can’t be too bad”. The clouds got closer, and larger, and closer, and larger. I was determined not to turn around so I chose a gap and went for it. 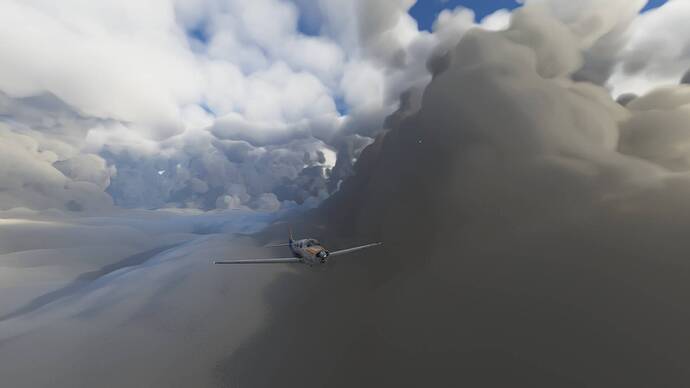 I was at 10,000 feet and the clouds were towering above me in some places! I felt small and insignificant against the mighty sky. 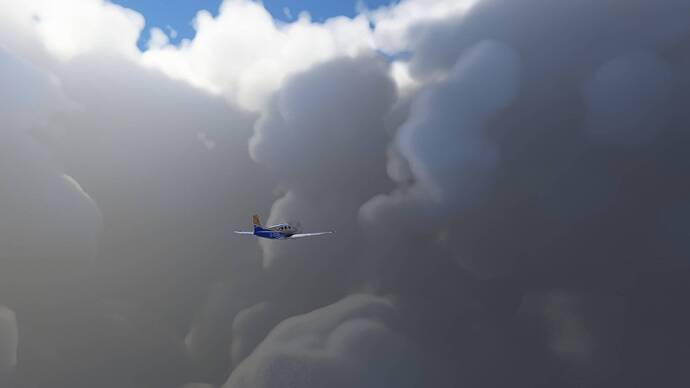 In most circumstances, I think the fear would be overwhelming and I would have turned back, but in the comfort of my Bonanza Turbo, I felt confident enough to take on the clouds - I was over half way but I faced a wall of thick, dark, stormy cloud. 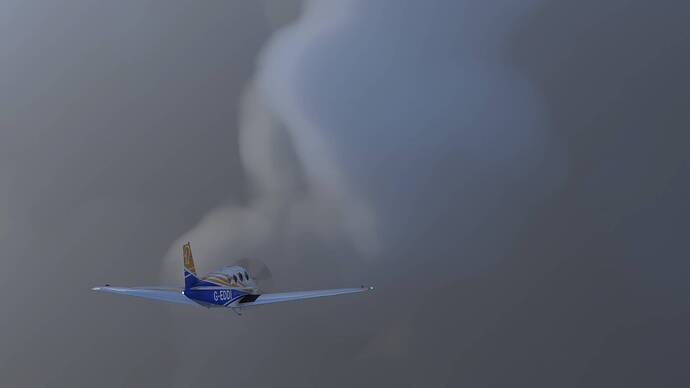 I fumbled with my display and switched my flight plan from it’s meandering, sightseeing path, over to Sydney Direct at altitude, to climb out of the cloud. IFR cleared, direct to Sydney at 18,000 ft. Easy to climb in the Turbo Bonanza… But they were too high and before I knew it I was deep inside… and the ice came fast! 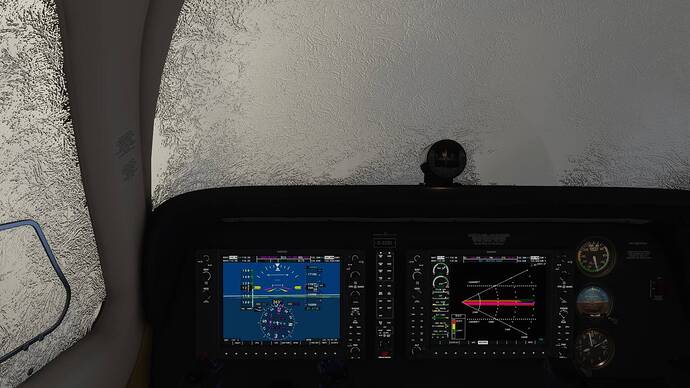 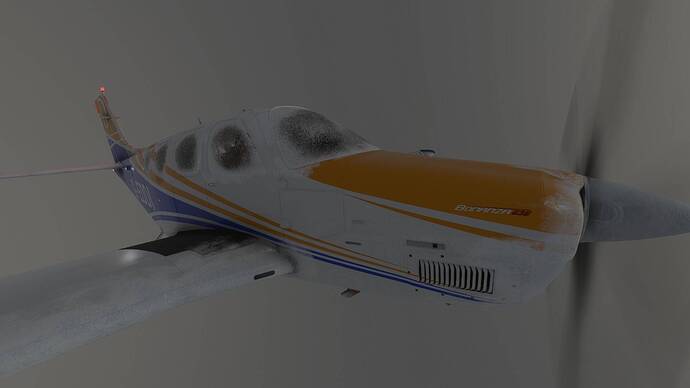 The wind rose to 53 knots form my 10 o’ clock and the gusts pushed me sideways, my inertia in the seat moving me around, sometimes my head jerking side-to-side, the plane straining and stressed; I was in trouble; I might not even make it out of this. I glanced at my my liferaft to hand but if the plane broke, I knew I wouldn’t need it. I felt sick and alone. 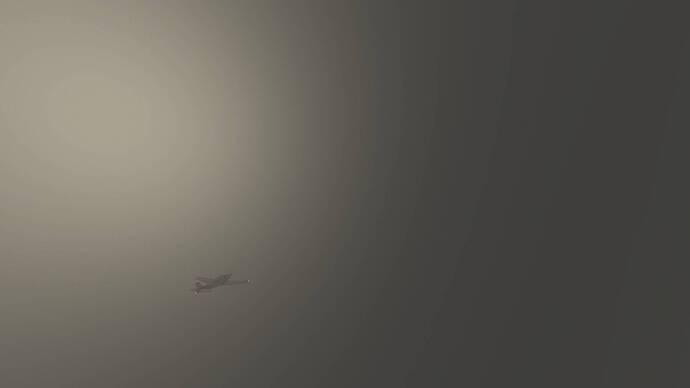 I was desperate to make a descent - the air might be warmer and the cloud thinner - and ATC cleared me to 8,000 ft and then as I came closer to land, cleared to 2,200 feet.

I dialed in the VOR and ATC game me clearance for runway 24 VISUAL!!! When I challenged them, they seemed fairly convinced that I would get visual as I approached. 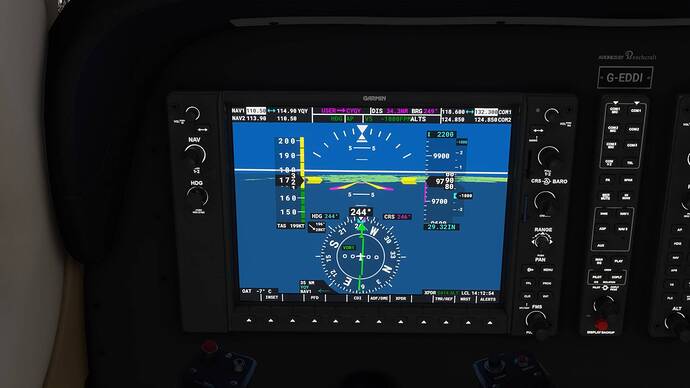 There are no screenshots of my approach because I was flying by the seat of my pants. ATC requested 1,000 feet but I saw no ground as I got closer - I had no plate as a reference, so I went for 500ft minimums and used my judgement.

No runway in sight.

The wind had dropped to 28 knots during my decent, but picked up again as I hit land. I was llike a crab as my autopilot tried to keep a line. I knew the VOR was off-set to the left of the runway, so I kept the plane slightly to the right of the VOR, at a runway heading and carefully decended. 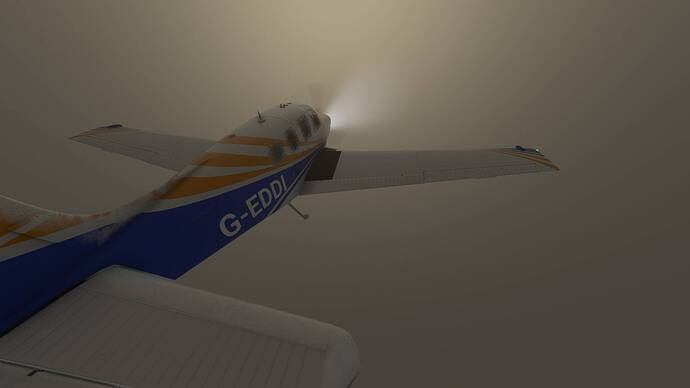 No runway in sight.

Suddenly, I saw the runway lights but it was way too late - desperate to get on the ground, I tried to position myself for a safe landing, but there was no time… the plane jerked and lurched as I manoeuvred but it was hopeless, the runway lights passed beneath me like the hands of a clock at ten-past-eight, as I hit the power and climbed.

“Visual approach! that was a failure!”, I thought… “Delta Delta India, Missed approach!”, I said. ATC chimed in… visual approach, runway 18. Well, at least that’s a better runway… I will have the wind directly in my face. But a visual approach is out. After hoplessly asking ATC for vectors, realising I’m on my own with this, I hit the ‘proc’ button on my display, I saw an option for RNAV runway 18, punched it and hit the AP nav button for a rest!! The approach circuit seemed like a lifetime but it turned out to be fortuitous! As I flew, I realised the weather was easing; the storm passing, and I began to see signs of life below me. 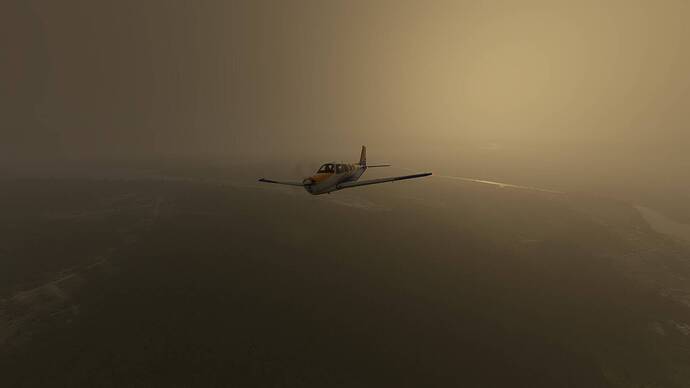 After a broad, sweeping approach from marker, to marker, I saw flashing lights in the distance and felt a wave of relief run through my body. 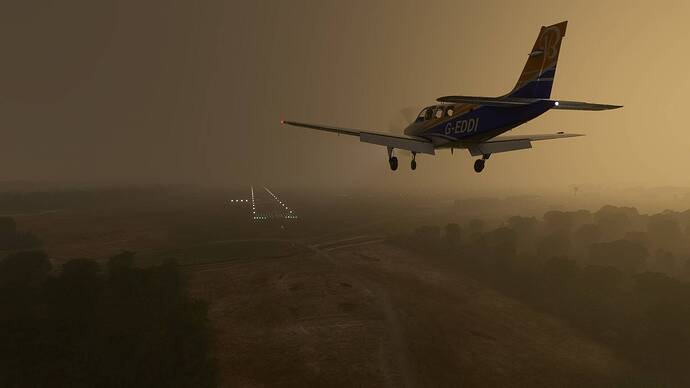 Leaving it to the autopilot to control my approach, I monitored the engine, ensuring the correct speed. The runway was clear in my sights 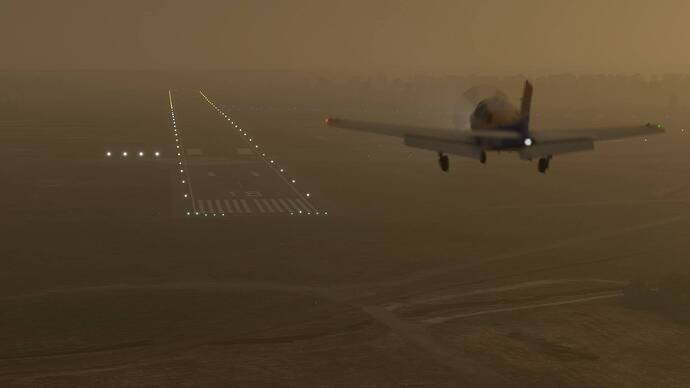 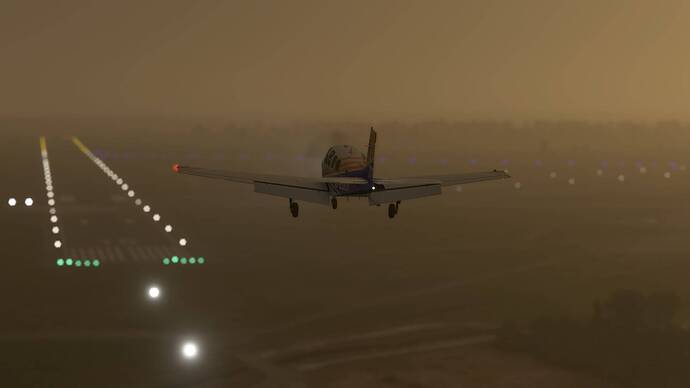 It was a calm but diligently performed, urgent landing due to the adreneline still coursing through my veins and it was a pleasure to draw up to the parking spot, and switch off the taxi lights. 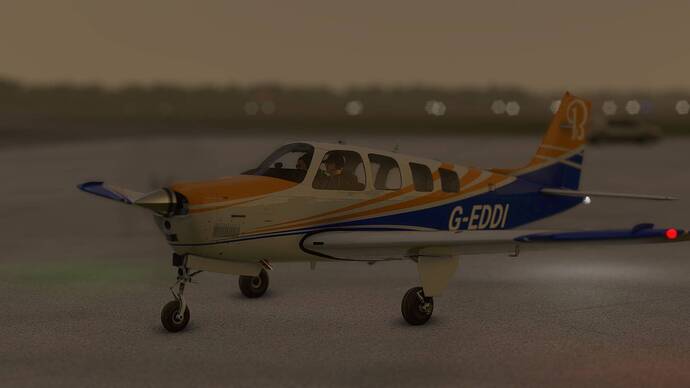 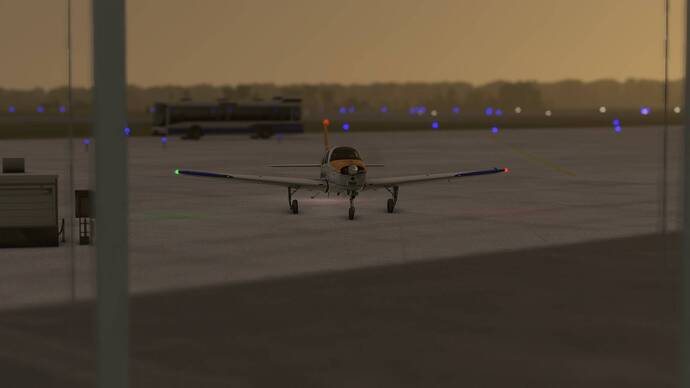 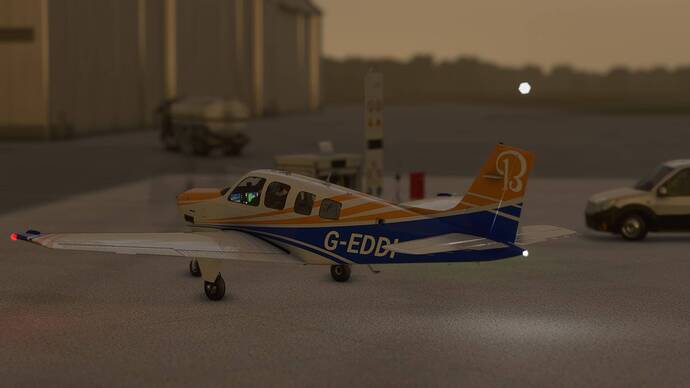 A coffee and a cheese toastie as the clouds began to break… now I’m ready for my next adventure. 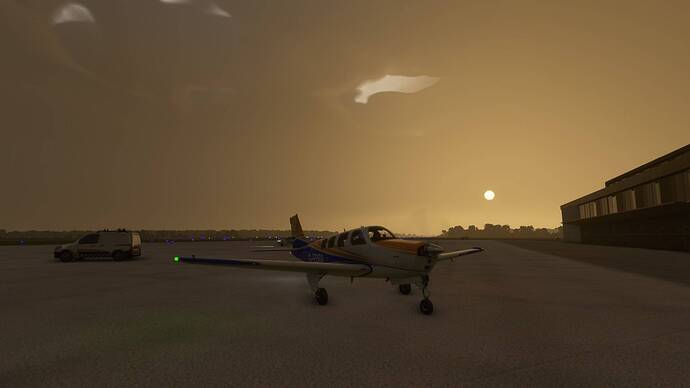 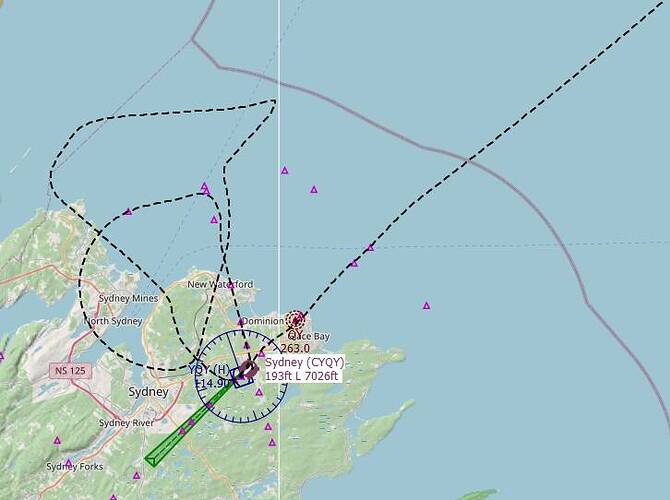 Fantastic story and visuals! You almost had me believing this happened to you during a real world flight. I guess, immersion is what flight sim is all about.

Remind me of my first leg round the world, weeks ago. I started at my homeport to Hamburg to pickup my TBM wich is my home since more than 20000nm now.
Same situation, flying circles around huge clouds, trying to climb the SR22 on top of it without any chance, got more and more ice on my Windows and wings at an airplane which was not designed to fly in icing condition.
Finally i started a blind descent through the clouds in hope of plus temperatures and coming through the clouds before hitting the ground.
I was far away from IFR skills, just had the basics in mind, which were far away from really flying IFR. Thousand miles later I had a lesson which brought me in position to know what IFR really means.
But I finally made it and landed safely.

This is the reason for MFS.
@EddieSimes have you thought of movie/novel script writing? …
Next time turn off the lights in your room…and go sight seeing in the Arctic or Antarctic regions

Have a blessed day

Wonderfully made. Wonderful story. Enjoyed this reading. Luckily you survived.