Give us the option to roll back patches

They’re actually planning on doing that in the future. See the last Developer Q&A: 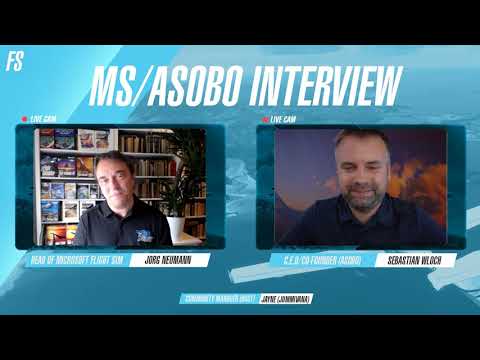 I can’t say I’m satisfied with the latest patch (1.10) I’m not entirely sure why patches have to be mandatory but I think it would be really nice to have a patch rollback option until more bugs and issues get smoothed out. I know Asobo is doing the best they can and are listening to the community.

For instance I liked the previous patch more than this one for several reasons. The latest patch makes it harder for me to be excited to keep playing ms2020. If I had a roll back option, I would just revert back to the one that suits me best and try again until the next patch is released.

I know It may not be possible that all bugs will eventually get fixed. But I feel this would help keep the ms2020 community intact. I feel that more simmers are more frustrated than before. Many of us felt it was better with previous versions for different reasons.

Maybe if Asobo can make the rollback option happen, it will alleviate some of the pressure to keep cranking out patch updates and they can take more time to smooth out bugs before the next announced update.

Hello everybody. As I write this wish, the Patch #5 topic has 831 replies. User complain that with FS2020 1.10.7.0 they have more crash to desktop (CTD), or control input devices that worked do no longer work and so on.
Therefore Asobo/Microsoft here is the wish: Add a “install previous version” button, please. The function SHALL allow:
If version 1.10.7.0 is the current version, the user can install the previous version 1.9.5.0. The simulator SHALL stay with this user choice UNTIL the user decides to install the current version. The simulator version numbers are examples. In general the user SHALL have the possibility to select between the current (latest) version and the previous version, that is a “install current version” button is needed, too.
Comment: Sorry for you Asobo/Microsoft that you NOW have to provide two versions to the users. But I think this is the best way to handle the disappointment that the 1.10.7.0 patch provided.

They’ll soon be doing wider testing of the patches before pushing them out. I think by patch 9 they’ll have that system in place. Really though, if some problems are fringe cases that hardly anyone experiences then it takes a larger user base to get good feedback about the bug.

As to you staying at the previous version? Hmmm. Being an online sim that might not be possible unless you disable multiplayer. I’m not a coder though so maybe it would be possible. Any game I’ve ever played on Steam gave me the option of updating it or, if the update was a big one, playing it as is and updating sometime later. So it would be nice to have that option. Hopefully it’s doable.

Having two versions around, the “stable” one and the “cutting edge” one is doable, because other developer do it.
But it is more work for Asobo/Microsoft, I agree. And this is the disadvantage of selling beta version software for full price: You have only different versions of “bleeding edge” software. The paying users are not happy with all this “cut my finger”.
You can be right: patch #9 is the first stable version of the software.

I agree a rollback or a beta test before release.

at least give us the option to roll back to the previous version!!! (originally all caps)

I finally had the latest Updates installed, only to now find I cannot get to enjoy a flight, because now these updates has caused my hardware setup from before, to be ignored on FS2020 launch, ie Logitech switch panel etc.
I can’t get the Mouse to interact with cockpit correctly to finally when I get the engine stated I get a CTD after a minute.
Any way to get back to where the software was stable.
A PC based version that will work to another for XBox if that’s the way to go forward?

Tired of all these updates ruining my system in Win10,But then again after all it’s only a game and not a true simulator,Microsoft and Asobo should be ashamed of themselves calling this a simulator,if it were so,then they should never release this product until they have completely checked it’s correct funcionality.