Giving up on simming after update V?

I have to say that is not a combination I have tried but I will!

Perhaps there is a new thread to open to document the number of different ways that people use the sim?

long intercontinental flights at x4 sim rate whilst watching YouTube (which I have discovered through this forum really is a thing!).

Now I understand how people on here have logged thousands of hours of flight time in a year, even with all the bugs and problems!

Well. WU6. I reinstalled to check if the graphics had returned to “normal” and - in Alaska - “better-ish” but no cigar. LOD Pop LOD pop LOD pop now half way up the screen (SU5 was a third of way up screen) and some terrible textures that just never got loaded at all (not weak satellite data just areas that had some kind of low quality pseudo-texture wrapped over the mountains): at Ultra settings, Ultra new cache setting etc.)
Teleported to San Fran bay and it felt a lot better (still popping but not so obvious - when you have LOD with snow on the ground it’s hard not to miss - but just felt blury; yes I know in reality it isn’t sharp to the horizon, the human eye, distortion effects etc. etc.)
I felt that I saw a lot more tearing (black lines appearing through the terrain) or maybe that’s just me.
Anyway, yes there have been big “improvements” (as in steps to getting back to where it was before SU5), but I’m generally under-whelmed for my style of flying. I’m giving it a 6 month break, maybe that will allow MS to add more bandwidth/server power which I think is a major factor at play here (and why some people seem to have perfect visuals but others not?)
Anyway, hope you’re all getting far better visuals and having lots of fun. Happy Christmas to you all

How many times can people " give up something " , and create posts / threads about it ?

Try setting the usercfg terrain LOD to 3 (or whatever your system can take above the default max 2). I have been flying yesterday in Austrian alps and today in Swiss alps, the terrain pop-ins (morphing) are almost completely gone. You should also keep in mind that it is a separate issue that has been in the game since last year, coming and going and that there was no indication from the devs at any point that this WU would bring a fix to it. Same goes for the PG building morphing in cities. The new setting was to fix the LOD pop-ins of buildings in distance, and exactly that it has done (if you actually make use of it and set to high or ultra, the default setting is the same as after SU5).

Oh, and before I forget, also set your 2D render scaling to 100% if you check night flying, there is a bug with the lighting and the render scaling if it is set to anything but 100%. There is a fix coming next week in a hotfix for that as mentioned here in the latest dev update from yesterday.

[Plane coming in for final approach during sunset] Screenshot by Quaarli Thank you to everyone who has downloaded World Update VI and provided feedback in the forums, Zendesk, and social media. You, the community, help shape Microsoft Flight Simulator day by day and we are grateful to have such a great mix of perspectives, backgrounds, and voices. There are some bugs discovered this week from the recent update and we plan on releasing a hotfix in the coming week. It will include a fix for th…

Many times I’d imagine!
I guess this is a sign of some people’s love/hate relationship with simming.
It’s not the lowest frustration hobby you could have, but it needn’t be this way (I’m talking to you Asobo)
That said I’ve taken up 3D printing recently which gives it a run for its money!
But I have other things to do…

Well , on a positive note , at least you show some common sense and good judgement ( ie taking a step back for a while / jumping into another hobby ) .

You are also not " haunting " the forum with negative vibes , which should be commended !!

That said I’ve taken up 3D printing recently which gives it a run for its money!

Yes great stuff, 3d printers… but the performance of 3d printers is about 1/20000 Fps for most objects. It takes a while… Did you know, before the 3d printing you can put the obj model in the sim ? Read the obj into Blender, convert it with the Khronos tool and put it in your SDK project, before you actually print it… or while you print it…

(things combine, though I must admit this is not a simmers thing)

Thanks. I understand there is a lot of needless negativity and discussing here has really helped me to see the bigger picture and understand that a lot of people here are having a great time :-). AND people have reached out to try to help, which is what community is all about and restores a little of my faith in humankind. I will have “another go” after next hot fix and try with lod .cfg thing; I don’t want to give it a break, but I will if I need to. Take care and keep the blue side up

now that is LOD popping in the extreme! Love the idea of “printing things” into the sim. I did wonder at one point about going the other way and taking, say, the A32NX out Blender and seeing if I could 3D print it, just for a laugh. Maybe if I take time out I can refine my skills in this area.

That’s like reverse engineering the BGL for that airplane… for some freeware aircraft that can be done, payed stuff is encrypted. The rest of your print info is in the livery ! You’ll need some different colors and handwork for the final touch… If you have a big printer you can do this… 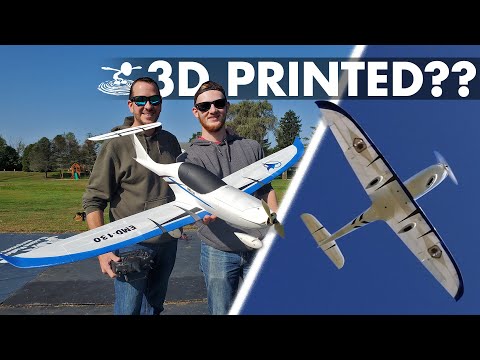 Probably as often as people say they’ll never watch their team again after a bad defeat. It’s an expression, we know they don’t mean it.

Personally I think the issue is a game bugged enough with no apparent trajectory of improvement to make people feel that way. But this being the internet people are more interested in catching people out than dealing with the issues they raise.

Personally I think the issue is a game bugged enough with no apparent trajectory of improvement to make people feel that way.

Yes, I think this is exactly the issue. However I just happen not to agree with it, on the contrary. I think people concentrate too much on their pet bugs and lose big picture. Like OP, there is a perfectly easy workaround to the terrain morphing now, yet he has decided that since his pet bug was not fixed in this WU, he will take his hat and leave.

I can confirm this also

Without flying since the SU5+ hotfixes, I downloaded and installed WU6 without a problem. After more than 3 hours of VRF flight in some places in Brazil, I can say that I am satisfied. No stuttering, no CTDs and great performance. All in Ultra. My configuration: Windows 10 i7-8700 3.2GHz 16 GB of RAM GTX 1060 6GB Track IR5 Ps: MSFS Steam

How many times can people " give up something " , and create posts / threads about it ?

And then you look up a week later… And they’re still here! It must be magic of some kind.

Its the subliminals that keep them coming back…

Runs butter smooth for me. Enjoying it so much I get goosebumps. Been flying every day for 3 weeks now.

Lol…exactly this. There’s that small group of chronic flamers (always the same individuals) that seem to love disrupting this forum and spread negativity, they literally thrive doing that.

Enjoying it so much I get goosebumps.

No, they are actually bugs.

You need to file a ticket with Zendesk