I got no issues

Any updates on when we might see the Real Time version? Maybe you’re waiting to see what effect SU10 is going to have?

Been spending a lot of time “up high” helping my young friend with his Duke of Edinburgh Award project and hadn’t noticed no ships in LNM! Suppose it helps if you turn the feature on… Now lotsa ship traffic.

Not seeing this fps loss with bijans seasons, though I haven’t tested it at length. I lock my fps so maybe it’s less noticeable for me.

Yes, if you read back a bit I also had this issue with GAIST and SU10 beta. No earlier workarounds helped, only changing the Leisure boat density - but at least I have no issues now.

GAIST tends to make the sim hang during the Fly loading. From time to time but could be 19/20 repro.
So far, I got affected on SU8 if I recall properly and I never managed to get it fixed despite all the workarounds tried.

It is not SU10 related, but because some of us got affected after SU10, they think it is. It can just happen anytime to anyone and we never found what was causing it so far.

As I said previously, only Asobo with their awesome debug tools could look into this but they don’t seem to care (or are not aware of it, I don’t know if hnielsen791 talked to them via the developpers forums to try to find the culprit). But with the ton of mods available, I kinda understand they cannot look into each issue themselves.

I ended up removing GAIST and Great Lakes because it was too frustrating, the sim is already very slow to load up, so when it freezes 10 times in a row, you’re becoming crazy

Strange, i have problems as well.

When i install it first time sim runs. Next time, it hangs at the last part of the loading screen. If i remove the addon sim loads main menu as usual. Still trying to figure out why. I wish there is a way to check what sim loading and have problems.

NOTE: never had problem related to this addon before except fps drops in one of the older versions.

All you have to do is go to the world map on the next run of MSFS, select a different aircraft, back out of the world map to the main menu, go back into the world map select the aircraft you want to fly setup your flight and hit fly. If you follow this procedure, the sim will not hang with GAIST installed. This has something to do with MSFS not GAIST.

I’m not having it now.

Nope, it doesn’t work, I already tried this workaround.

Works 100% of the time here on my end. You have to do it each and every time you start MSFS if you are experiencing the hang. Other option don’t use GAIST.

What worked for me was to selectively delete the Bgl files I could live without…covering parts of the world where ships were not as important to me, but I also have other ship addons, so I could afford to shut some of the ship traffic off. Doing this takes some load off the system and I never get freezes anymore. 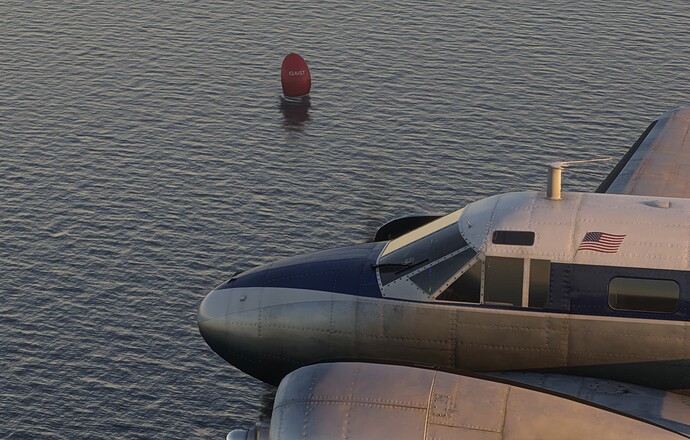