When comparing the real GNS 530 with the GNS 530 mod I have found this one: 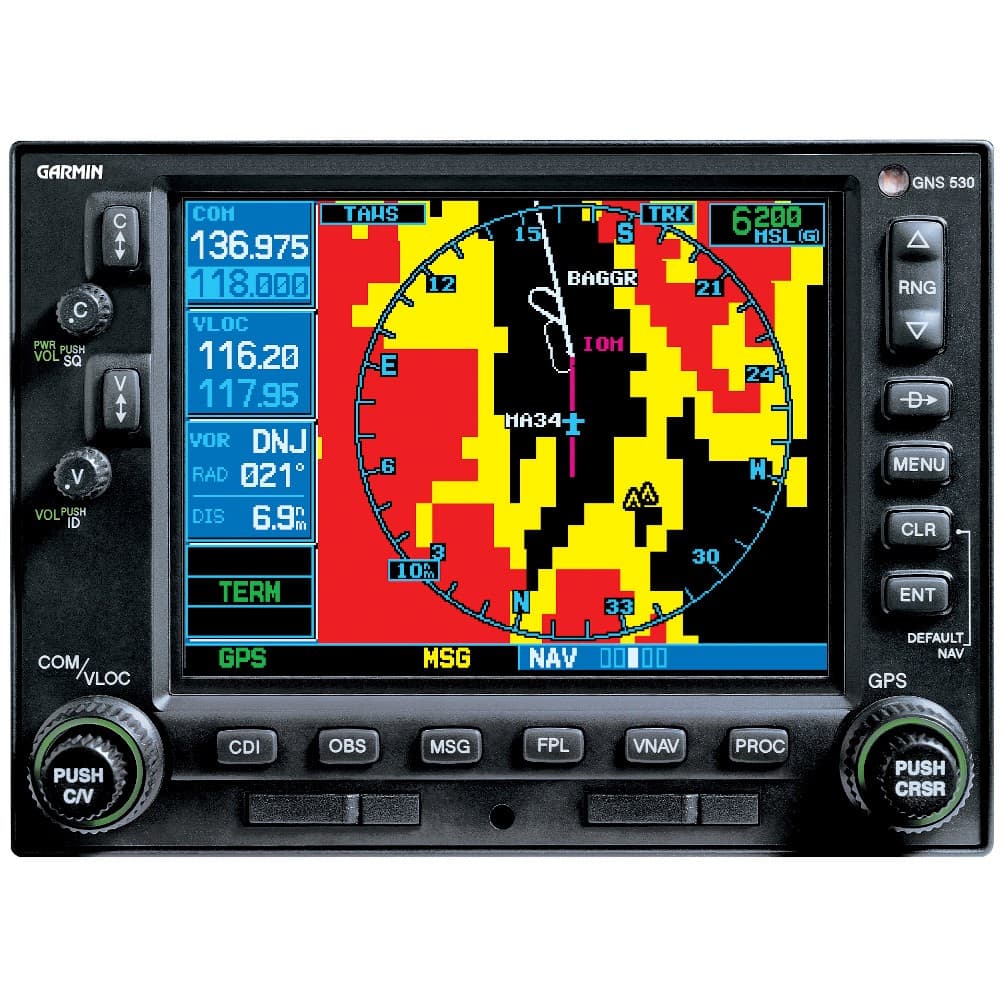 It´s a hex weather radar.
Is this awesome feature available in the GNS 530 mod?

You have NEXRAD + a weather radar in the GNS530 Mod.

Could you please tell me how to activate it?
I have tried all buttons and functions but there is no HexRad overlay to switch on.
I would love to see the weather radar in that mod.

Did you read the documentation file that comes with the Pms50’s GNS530 ??

Randomly pressing buttons will probably not display the NEXRAD weather radar, if it has not been enabled in a configuration file ??

I have to admit that the GNS 530 has become so rare that I never have read the manual.
That thing reminds me of that cool retro Navigon 5 GPS I had in my first car 20 years ago so I thought “how difficult can it be switching around in this awesome retro navi?”

And it was really easy. Some YouTube tutorial will show me more difficult functions for example how to proper type in departure and destination airports and use lower IFR skyroads, and more.

The Cessna Chancellor is the first interesting airplane for me to install that GNS 530 mod that´s why I have never before really used that mod.
Until now I didn´t know it come with a manual (or if it has a manual to download somewhere on that GitHub website).

Voilá here is the Nexrad - yes I found it by randomly pressing buttons. The right lower round knob is switching through the menus and sub-menus. 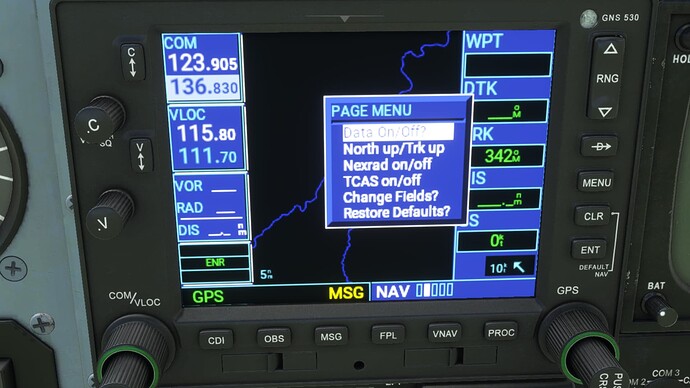 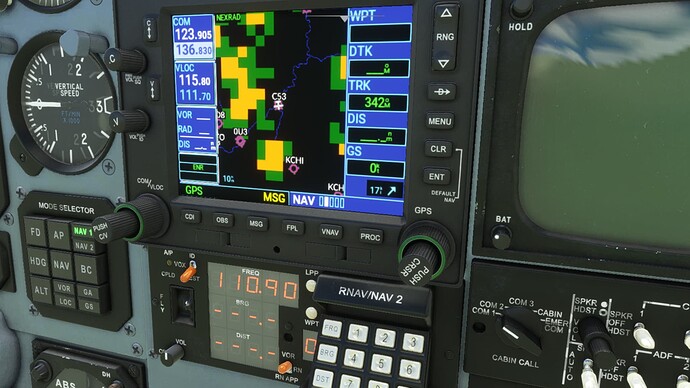 And a nice detail - the GNS530 mod seems to fully simulate an old LCD colour screen just like the Fenix Airbus PFD, with these “moire-lines” or whatever these lines when a HD-camera or a modern HD-screen is showing an old LCD screen are called: 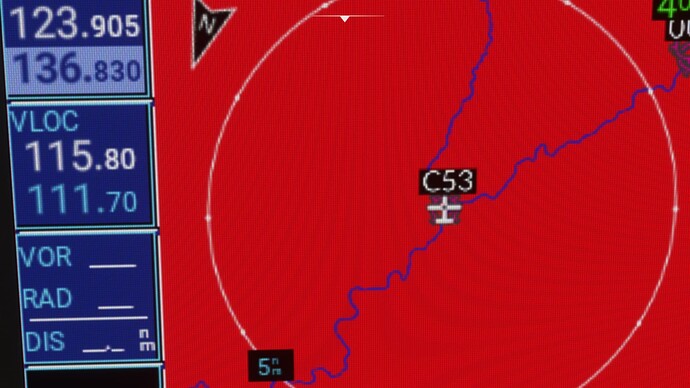 And finally we have the first retro weather radar and another second wind direction indicator (when removing the Electronic Flight Bag for better outside visibility) in the Flysimware Chancellor! AWESOME!! Thank you very much for this awesome mod!

Can this right menu (with WPT DTK TRK DIS GS) that is open while the weather radar is active be removed to have only the HexRad and the wind direction arrow visible on the GNS530?

You can hide/display the data on the second NAV page from the contextual menu (menu button Data On/Off).

Trimble2000? That sounds awesome eighties-style like the Knight Industries 2000 K.I.T.T. from Knight Rider.
Interesting classic navigation, I think the Arrow add-on airplane has one of these when using the old navigation panel. 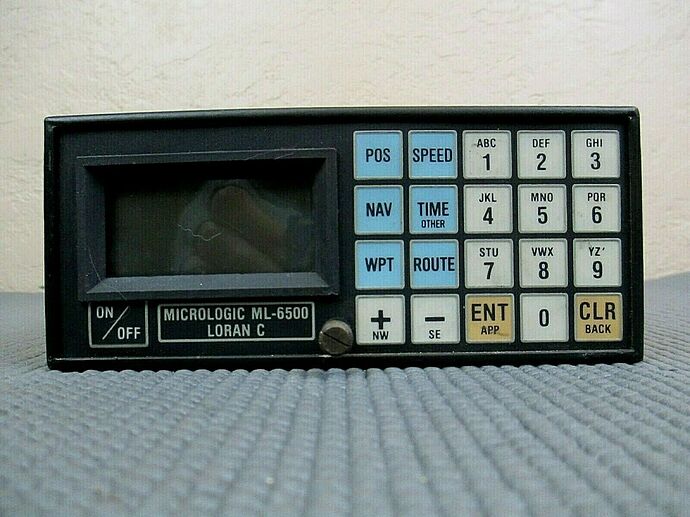 After hearing back from the developer, this simply hasn’t been implemented yet.

The GNS530 is not “rare”. Several of the planes I fly have them. If I had purchased my own plane, it’s likely I would have installed one in it if it needed a GPS. Several of the planes I looked at purchasing had no GPS. I prefer the knobs interface of it over the touch screen GPS’s when flying as “on the fly” modifications to a touch screen interface are very hard in even light chop.

The GNS 530 is only flown for the sake of classic retro feeling in my sim, to go for the full eighties look in the planes.
The Garmin 750 is the perfect (if not the best) navigation tool I have ever seen 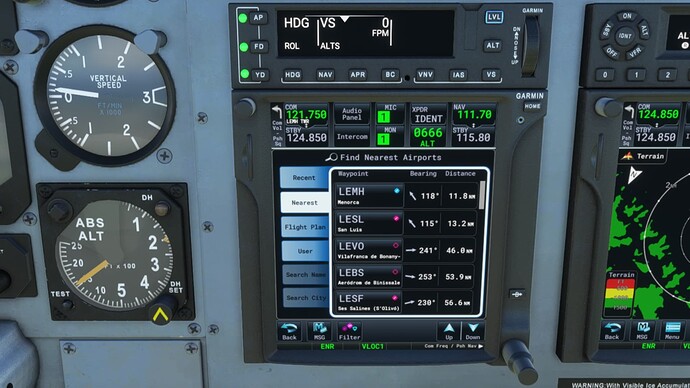 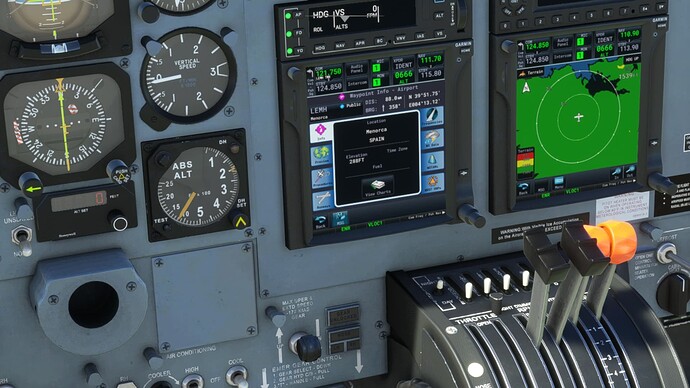 Did you have a time travel machine when you flew in the Eighties?

I was flying in the mid-late '90’s and early 2000’s. Granted, it was first released in 1998, but, not in any planes I flew (I owned a Cherokee at the time with a non-functional Loran in it (well, I didn’t know how to use it anyway, it had a text screen on it). The best I could do for a graphical GPS was a Garmin handheld where I put the lat long coordinates of where I wanted to fly into it, haha, and that was 2000 I think I purchased it…

Just started flying again a couple years ago, and the hardest part was learning how to use panel mounted GPS systems, haha.