I’ve had luck so far, flew from SFO-STS and did a coupled ILS with actual weather at mins. I’m still getting use to the knobology but I think I’ll really like the Mooney with this mod.

I noticed a couple small things that I will document and try to get screen shots.

Don’t understand what you mean !? Mooney is not in community but does it change something for mods location ??

I noticed an enhancement, thank you.

There are remaining bugs with GNS530, and wondering if you can fix them or if it is impossible because too deep in the heart of MFS ?

I am speaking about:

Thank you, and finally. Its about time someone fixed the garmins!

Will have to test this out on the steam 172 later!

Many thanks for that one! Regarding ETE, I noticed it is correct when you fly a direct-to. When flying a flightplan, it is showing the total time to the end of the flightplanned route instead of the next waypoint, thats the reason for the too high numbers. Maybe it can be corrected as well.

For ETE, I don’t know. I must check.
For RAD info, there is another mod that is not compatible with mine but the author gave me the right to include it in my mod. This will be done no late than today.

Thanks for your feedback

For information this problem with ETE exists from beginning. I guess it is not due to any mod…

That’s simple: it’s a fs2020 bug (one more). They inverted the sim var return value between ETA and ETE. I sent a zendesk issue to fs2020.
Now I can correct it for my GPS mod and will do it but I should reverse this correction the day they correct this bug.
Sure at this time when they correct the bug in a new update, I will get some replies from users saying that my mod as inverted ETE and ETA since last update !!! Ahahah

ETE and ETA: In fact it works.

ETA is the estimated HOUR for arrival at destination (GMT time)
ETE is the AMOUNT OF TIME before arriving to destination.

I can change the value from DESTINATION ETE to WAYPOINT ETE

Sure ! I bet 1 dollar you are right

finally caved and bought the m20r last night. trying this mod. thanks!

Tested and approuved ! Good job ! Remind me to increase your wages

Nice. I literally just downloaded it, but one tip I would suggest is that you have a sub folder within the repository called “pms50-gns530”, and put all the data inside that.

The reason I say this is I don’t know what MSFS will make of the hidden .git folder. 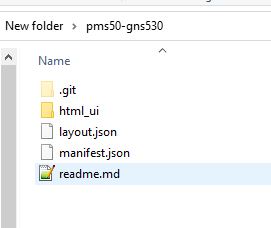 If you have a look at what other developers have done, for example the C152X mod, it looks like this:

I would copy over that “C152X” sub-folder, rather than the entire git repository. If MSFS looks straight through the .git folder then it doesn’t really matter, but I haven’t tested this.

One benefit of this method is I don’t have to manually copy that folder, or script it. It can be installed in situ, cloning directly into the “Community” folder, which is pretty cool!

Great that you put it up on github for us. I was hoping to try this out soon. Can I recommend you look into using tags and the github releases next time you want to make a zip at a stable checkpoint?

Thanks for your advises. I will try to follow them even if I’m new to GitHub. Don’t hesitate to advise me and help me again. I take that positively.

Have a look to this mod with more features. I just test it and is much better maybe you can contact the person in charge and implement it both together. 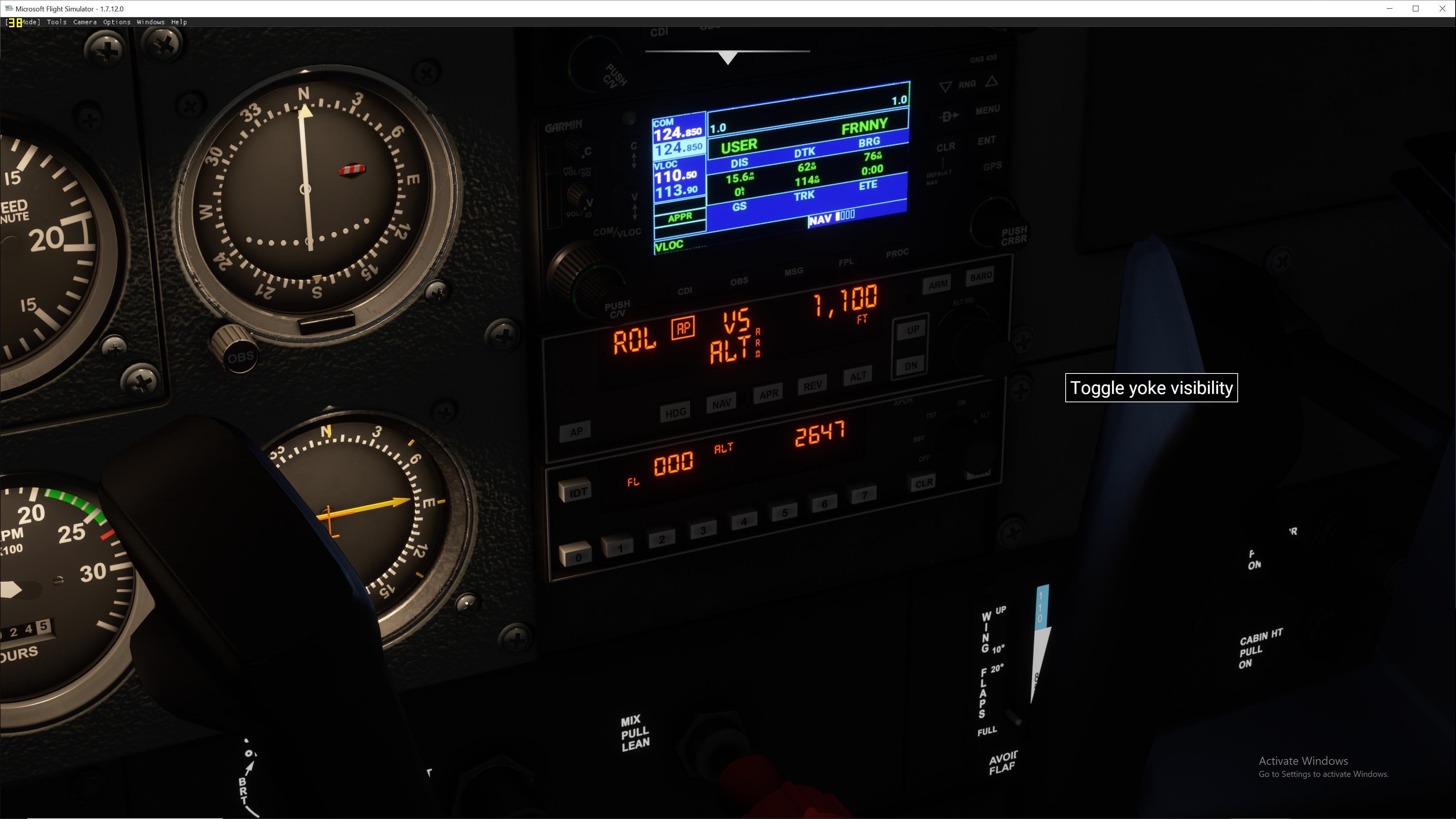 I will check that for the VOR/RAD/DIS.
ETE seconds are already left-padded in my mod

Thanks for your feedback