currently doing a long haul in the 787 and after around 5 hours the gpu usage plummeted. 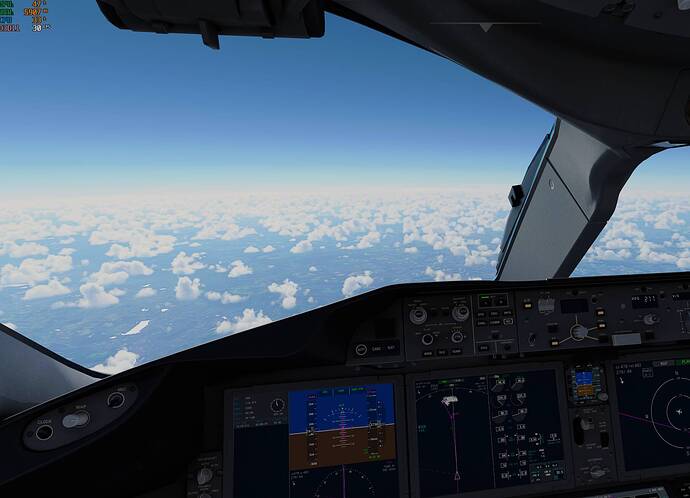 i’ve tried turning live traffic on and off to no avail. Tried changing the settings too.

This also happened on a shorter flight with the neo last week. no idea what’s triggering it…

anyone else experienced this?

Same thing happend to me. After landing I try to change different settings with no joy but when I disable traffic, gpu comes alive again at full speed… so there is something wrong with ai traffic.
Just now I stop ai traffic in flight because I see less gpu usage…and guess what gpu climb at 100% and 10 fps more…My conclusion, after some time in cruize there is a loss of performance with ai traffic on.

Yes I have experienced this, I think. With long legs of no change in direction or altitude, my framrates drop slowly until about 10fps. Not everytime, but it does happen. I however can easily fix it by drastically changing the render scale and terrain detail sliders. Once I change them back to my preferred settings it will recover after applying them after 30 seconds or so. I don’t see much of a gpu utilization drop though, maybe 20 percent. I however havnt been using ai traffic since su5 as to avoid ctds (along with alot of other options) but I do use live weather, and I think I had turned it off and back on the very first time this happened, and the gpu recovered, but I wasn’t confident enough in that being the issue, as at that time I thought it was random or a background process.