Good news, we have tested touchscreen support on an Ipad using Duet and the MSFS pop out panel manager mod and that works fine with the in-cockpit GTN750. 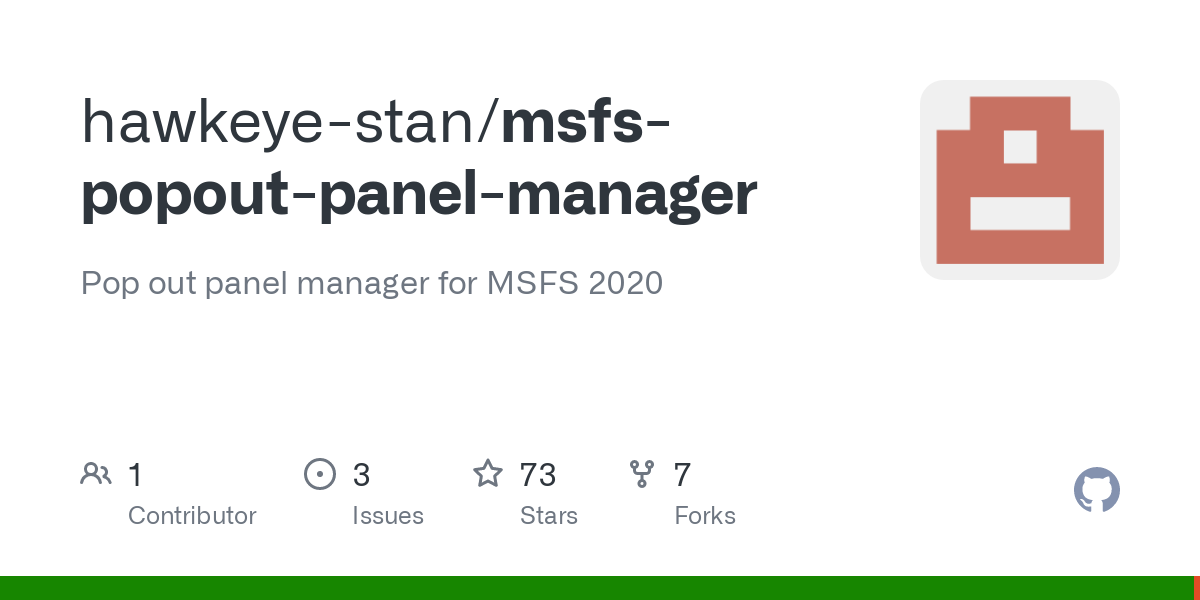 Pop out panel manager for MSFS 2020. Contribute to hawkeye-stan/msfs-popout-panel-manager development by creating an account on GitHub.

This mods adds the touchscreen support for the pop out panels. Not working with the toolbar GTN750 panel for now.

One of the features of SU10 will be unlocked deluxe and premium aircraft. Does this mean we’ll get gtn750 support for default steam gauge cessna 172 in near future?

If someone is rebuilding the cockpit with a GTN750 bezel, yes.

after the steam gauge overhaul and the king air that is coming soon - i think this will become a trend for probably most of the stock Asobo aircraft that can support it.

If someone is rebuilding the cockpit with a GTN750 bezel, yes.

Note: Unfortunately, Below only applies to The PC - unless such mods were placed in the MS-Store for X-Box users. (Probably NOT going to happen ? )

The GOOD NEWS for PC pilots:

A complete re-build of the C172 Steam Cockpit Model “may” not be necessary to replace the GNS530 + Radio panel with the GTN750, AND doing so does NOT reply on the recent SU10 opening up of config files. (or access to the still encoded DRM protected Models)

(1) There is a feature of Models, where one can create a SUB-MODEL, and then place that Sub-Model over a specified area in the original model
(2) It is also possible, via XML, to turn off existing parts of the Original Model (even if it is encoded)

So, with the two feature above, one could turn off the GNS530, and the Audio Panel, and then place a new SUB-MODEL of the GTN750 in their place,

Sub-Models are described in the Current (SU9) SDK, but only in quite vague detail.

What is not mentioned, is the possible need to have the Original Cockpit Model “exported” with the “Unique Identity Bit” set, and currently few (if any) Planes have had their Models Exported with that bit set ( C172 Steam being amongst that set that do not have that bit set)

So it might require Asobo to re-export some of their Plane Models with that Bit set, to enable this to work.

BTW. When “IF” they do this for the C172 Classic, they “should” , quite easily, be able to correct the “animation names” of two of the Breakers, that have an illegal “/” in their animation names , that is NOT allowing those two breakers to be able to be animated ON/OFF like the other breakers in the Plane.
Also, while in the Model, have each Hobs SHOULD a Unique name, so their values can set set to different values.

The TACH Hobs SHOULD NOT have the same value as the “Total engine run time” Hobs !!

–
Now time to get back to reality, and the real world, and stop dreaming of what MIGHT happen, or what makes sense !!!

For SU10, I’d just be happy if the Sim did not CTD every time Behavior/Re-load was attempted in Dev Mode !! … a sad REGRESSION in SU10 beta, that seems to be being swept under the rug !

I use Spacedesk, will the popout mod work with that?

I think yes. Just try it.

I will still continue dreaming

We are very pleased to announce a new airplane in the GTN750 family: The Camair 480 by HANGAR STUDIOS 713.

Camair 480 Twin Navion is an aircraft specifically for Microsoft Flight Simulator 2020. This Aircraft was Created by B4Gunner @ Hangar Studios 713, Currently it is only available at Gumroad.com and is on sale for the 1st week only for $10 (Use...

It is WTT compatible.

Just FYI, hitting the direct key and opening the keyboard to enter a waypoint turns SU10 into a slideshow. Not sure if it’s true of other pages. Otherwise it seems to work fine in SU10.