Sure, that’s arguable - put 10 reasonable people in a room with a list of bugs and you’ll come up with at least 11 different ideas for prioritizing the work. I don’t think it’s automatically and obviously awful that they haven’t fixed this yet, given the other sorts of bugs they do fix (with the reminder that no, there is probably zero overlap between the people that are giving you pretty stuff in World Updates and the folks working on the core mechanics in the sim) … but sure, I’ll be happy when it’s fixed as well. Having a Stream Deck has allowed me to avoid the worst of the issues, so I can understand why others are frustrated. I just wish people stayed realistic and respectful - this forum overall is short on both on occasion …

If by “the delay to World Update 4” you mean the fix being moved from Sim Update 3 to World Update 4, then this was communicated in this very thread by Jummivana ten days ago, apparently as soon as she learned about it. We have not heard why it was moved, but a sensible guess is that testing revealed issues needing time to be sorted out, so they had to choose between this and an further delay of Sim Update 3.

If, as I suspect, you mean the latest postponement of the expected release of Sim Update 4 by a week, what could be less “quiet” than an official blog announcement also explaining the reasons why?

The above are opinions based on known facts and a few assumptions.

NIce and informative post. I guess we’ll have to wait and see what Asobo come up with.

But why would anybody want to change the 2 vs 4 states behavior of the Alpha (and Bravo)? Is there anything you cannot do with the current implementation?

You have never been lied to on this matter; plans sometimes don’t pan out as expected in software development. Therefore, your end remark about distrust is totally unwarranted.

Except the simply little fact that this hardware was marketed by MSFS as a partnered product that will work out of the box. How does the user experience match the MSFS/HC marketing video below … 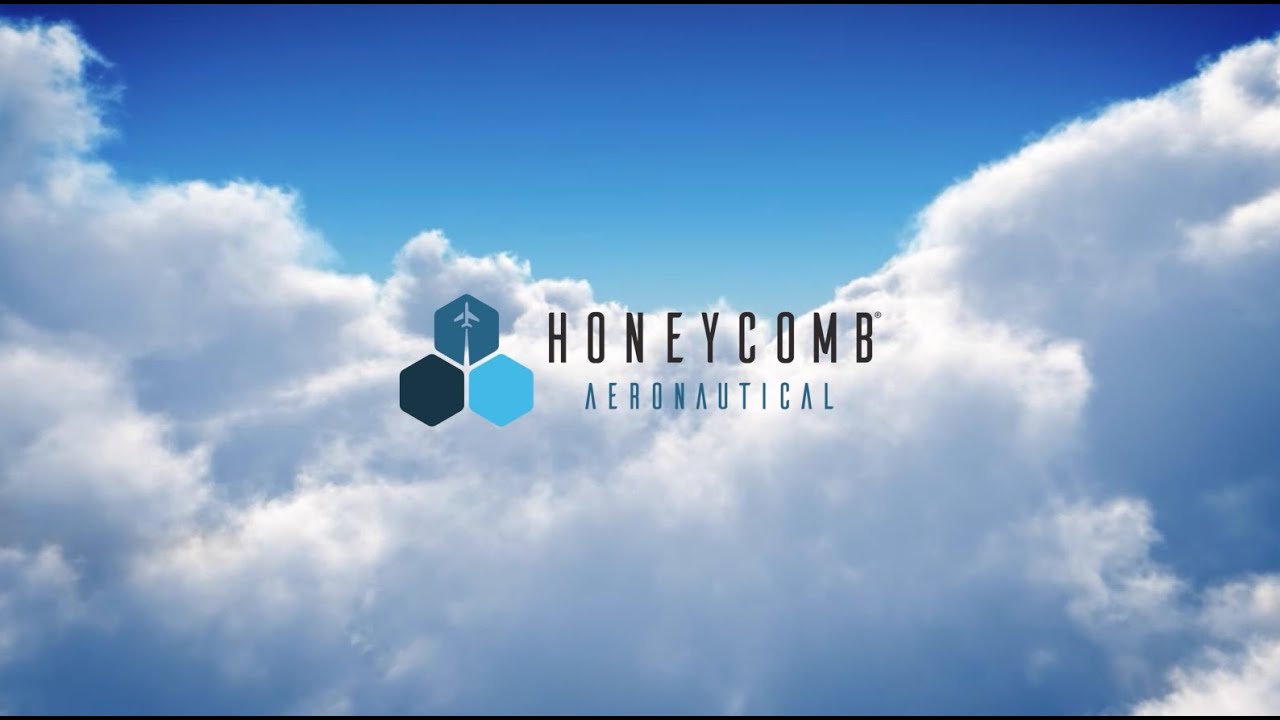 Sold as working fully.
Does not work as sold.
Ignored by Asobo for months.
Third party work-arounds pushed as ‘solutions’
Finally acknowledged by Asobo but nothing forthcoming

Is this how trust is fostered?

Maybe in your world, not mine.

But why would anybody want to change the 2 vs 4 states behavior of the Alpha (and Bravo)? Is there anything you cannot do with the current implementation?

For example I’ve tried using the Alpha on Project Cars II (why not using a -90/+90 yoke as a wheel!) and indeed I couldn’t assign switch inputs because of this.

It just makes sense to be able to have a switch alternating 2 states instead of 4 in some cases, and it isn’t hard to do via firmware changes or better, via firmware operating mode selection which you choose when powering up the device in pressing a combo of keys (this is a common low level firmware mode selection method).

In practice, it is easy: since each switch position is 1 or 0, it just takes disabling all OFF switch states as if the switch doesn’t exist at all. In other words, take a light switch for illustration (I don’t have the exact numbers in head but there are 2 buttons input per switch I’ll reference as button 10 and 11 below):

Although this would give some more possibilities to use the hardware with other software, this won’t solve the “constant” input triggering FS2020 to accelerate the knobs because this is a FS2020 only bug (limitation to keep this post politically correct but it is a game design error in any way you see it).

I’m yet to try the Alpha on XP11 to see how they are mapping the switches there and see what it gives.

Okay, now I get it. Thanks.

Jummivana communicated when it was moved from World Update 3 (as implied by “next update” from the dev stream in January) to Sim Update 3.

There was a line at the very bottom of the dev update last week that said that this bug will be fixed in World Update 4. This is the issue here. It’s now been delayed twice even though in January the devs said it’s fixed… why delay it so long if it’s fixed!?

OMG please this better not be true. That is absolutely ridiculous and a poor show from them if it is!

There’s an unending smorgasbord of new bugs and instability issues that have finally been acknowledged by Asobo since WU3. It’s likely that many of those issues were deemed more critical by Asobo, thereby delaying the heading/OBS 10 degree bug fix to WU4. Not disagreeing with you, though. It seems to me (as a software engineer) that the endless bugs are not a result of bad faith from the dev team, but instead that they’re just wildly under-resourced (and we all know Microsoft isn’t going to spare any resources). After spending $3500 on a home cockpit setup and $120 on a broken piece of software, I promise I’m just as frustrated as everyone else. We’re just going to have to wait until all the issues are worked out, and that’s going to be a while…I’d speculate probably 6-12 months minimum. Until then, XP-11 with REP is probably your best bet for study-level aircraft.

Jummivana communicated when it was moved from World Update 3 (as implied by “next update” from the dev stream in January) to Sim Update 3.

There was a line at the very bottom of the dev update last week that said that this bug will be fixed in World Update 4. This is the issue here. It’s now been delayed twice even though in January the devs said it’s fixed… why delay it so long if it’s fixed!?

Why don’t you just read what Jummivana wrote above? It’s post 220 or thereabouts. And then tell me who’s misinformed.

As for the original “promise”, I’ve watched the stream twice, and I never got the impression that it would be in WU3, but in SU3. Maybe that’s because I knew that World Updates were never supposed to include bug fixes or new features, only new world content. That, and the fact that Martial is probably more focused on Sim Updates, given his role in Asobo.

Please show me where Jummivana mentions a move from WU3 to SU3. It’s likely that she has tried to clarify that it was SU3 from the start, though, once the misinterpretation of Martial’s announcement began to spread.

EDIT:
I went back and checked the stream once more, and Martial’s words were that “it is fixed and should be part of update 3”. Notice the crucial word “should” and no mention of a “World Update”, or “next update”. It was, understandably, interpreted as WU3 by many, but that was certainly not what Martial said.

The stream is tagged, so it’s super easy to find the exact place near the end of it.

Scenery updates - with the exception of issues like terrain spikes in popular PG areas - should be sidelined entirely until the dang aircraft functions like it’s supposed to. What good is pretty scenery if you can’t tune your VOR or heading bug correctly?

This bug has been around for so long I doubt even WU4 will fix it. Given their past track record it’s hard for me to trust anything being said anymore, especially when we’re supposed to read between the lines to understand what they actually meant.

Could not agree with you more

Until then, XP-11 with REP is probably your best bet for study-level aircraft.

Agree. And the HC hardware works perfectly in XP11, no convoluted work-arounds.

No sense building the roof until the walls are standing.

+1
They might have found a regression bug during testing further delaying the release of the correction, or they might also have been unable to merge the correction to the release branch because this also can take a few days when there are many merges outstanding.

If you want to give this a chance for the next Q&A though:
Live Dev Q&A: Guided Question - #14 by CptLucky8

Check post 174 as well… the chain of events is exactly what I am saying. Jummivana first says WU3 → SU3 then says SU3 ->WU4. When a dev says in January that the bug is “fixed” it should NOT take until April at the earliest to push out said fix.

I hope you can understand my frustration as I have been asking and waiting and waiting more for devs to update this since September: September 10th, 2020 Development Update - #16 by CalmEspresso

In post 174 Jummivana only confirms that my understanding of Martial’s words was correct, i.e., Martial meant SU3.

You still haven’t shown me anything to support your claim that Asobo promised the fix in WU3. It was a widespread misunderstanding for which, of course, Asobo is partially to blame, but it was never their intention to communicate that. And Jummivana clarified it the very next day in post 174. The rescheduling from SU3 to WU4 was also communicated openly as soon as the decision was made. So was the recent delay of WU4, btw.

I do understand your frustration and impatience, because I share it 100%. I have both the Alpha and Bravo sitting here waiting to be set free and show what they can do for me. The difference is that I don’t believe that there is any negligence, mischief or deceit on the part of Asobo involved. Plans change for a myriad of reasons that we can only speculate about, and this time it hit us.

Completely agree. For sure Asobo is working on it and they would have released something if it was fixed. So I’m also pretty confident that the solution will come.

And yes it is frustrating that we have to deal with this bug for now, but with the MSFS Mobile Companion (flightsim.to) it’s easy to come around.

This may well be true, who knows.

‘Fixed’ is funny word isn’t it. It might mean one thing to a programmer and another thing to the customer.

Should we all try and interpret what Martial actually means or take him at his word. Communication is a definate issue and I posit that it is Asobo/MS’s job to translate developers lexicon so the wider community fully understand the intent and proposed actions and to do this without any spin.

Should we all try and interpret what Martial actually means or take him at his word. Communication is a definate issue and I posit that it is Asobo/MS’s job to translate developers lexicon so the wider community fully understand the intent and proposed actions and to do this without any spin.

Everyone can make errors, and MARCOM can’t always tame the enthusiasm of a developer solving a bug!

I’m glad he said they’ve fixed it in the Q&A because it tells they are both listening and working on our reports, but I agree with you too it might have given a false impression to some customers wondering why such delay then.

Nevertheless, the most important thing to me, of all, is that they are proactive and they are considering customer feedback.