Heathrow (EGLL) terminal buildings vanish when flying back to airport! 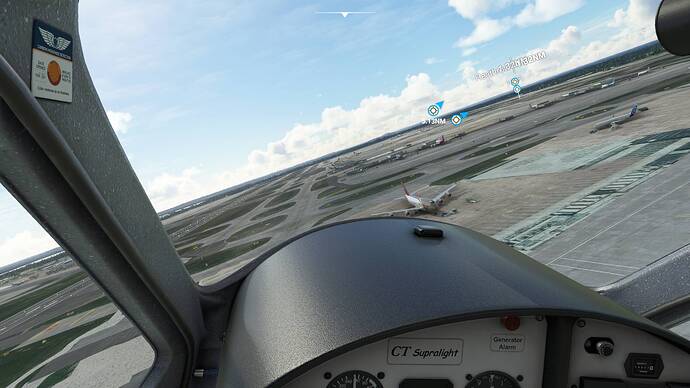 EGLL no buildings2560×1440 361 KB
buildings are present when departing from EGLL. But then if I fly towards London city for a few minutes, turn around and come back to EGLL, all the buildings have vanished!
See photo…
Has anyone else experienced this?
E1ephant42 August 9, 2021, 7:40pm #2

Yes, and at other airports as well, usually the larger ones.

I am experiencing this with default airports too.

Yes confirmed all airports do this

As well as airport buildings being missing the autogen is messed up in this patch. Flying from London City to Heathrow about 5 minutes in I see massive areas of missing autogen, not just around airports.

Flying from Heathrow back to London City the same. I have the London City Orbx addon and when arriving at the airport the Orbx mod is literally the only thing showing in that area. I made this observation in the patch thread but not many people have picked up on it.

UPDATE 1:02 I’ve done a short flight and I couldn’t see any of the issues I observed above. Autogen was fine at both London City and Heathrow. Also model trees are now back in the photogrammetry area when just after hotfix 2.0 it was showing mostly photogrammetry trees.

I’m wondering if Asobo / Bing have done some server-side updates to the streamed data which caused the initial building issues.

UPDATE 9:18 So the last update was done in the desktop simulator, I’ve had several flights now in desktop and it seems fine. The issues start for me in VR, the autogen misbehaves. It just drops off after flying away from a location. If you tweak graphics settings it can comeback but then disappears when you fly to a new location - this issue is slightly different from the autogen not capturing ultra settings on loading but it could be the same bug.

I’ve raised this as a zendesk ticket.

Well for me it is not all airports, just some and it appears to be more likely the more complicated the airport is.

Have similar problem with Edinburgh airport (EDI) with airport building disappearing after short flight.
Planes and ground equipment on apron look ok. Very much a beginner, so no idea of solution but interested to hear other peoples similar problems.

Same happened to me, no terminal building when flying into EGLL.

Another issue which i am having is when i enter LFPG/EGLL in the A32NX, i get “does not exist into database”.

I had the latest updates including the navdatabases.

EGPH terminal building is a mass after landing… OMG,this is MSFS ? 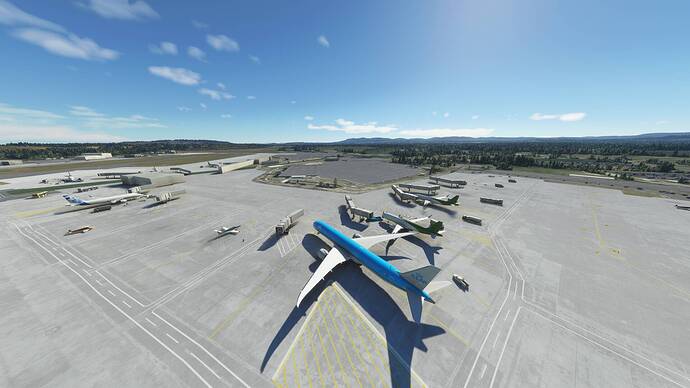 So,this explains the reason that someone never has this problems,just because he never load a flight just for landing from flight plan map OR he happened landed airports without problems and always load flights normally or he even dont know the trick for fast building a landing in flight plan map.

We who got this problemes has tried something beyond the limit of MSFS,that s all.

Yes, I have same problem with Edinburgh Airport EDI. Bit annoying! Note the building are still there but invisible. Try taking your plane through the gaps left by the buildings.

I can say, Msobo havent found the reason to fix it so far.